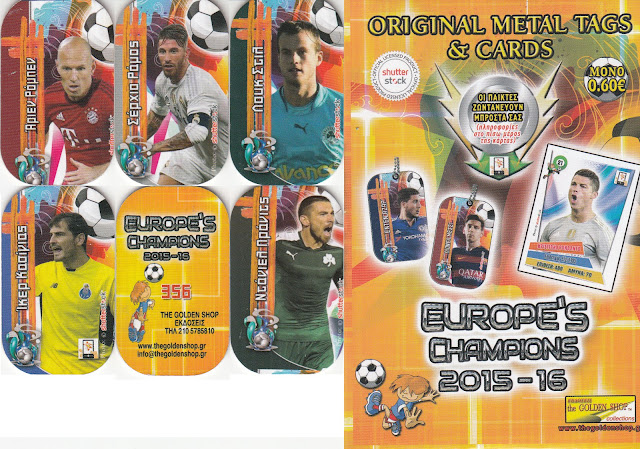 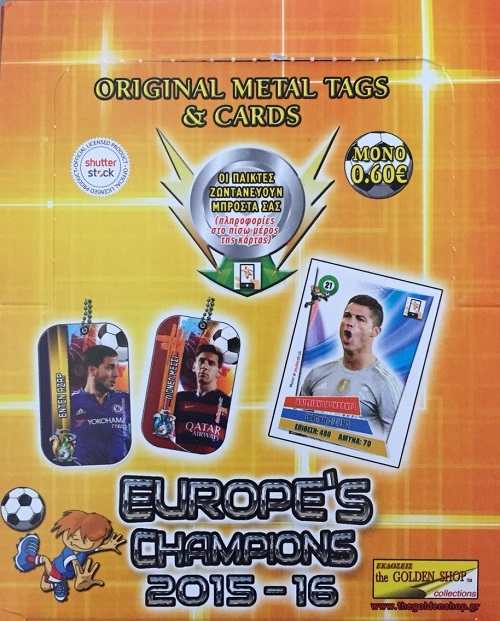 Mark Avenell has sent in information about this collection, recently issued in Greece.
Also being sold at the same in Greece as the Europe's Champions 2015-16 sticker collection is a Metal Tag collection, the packets include 2 metal player tags and one player trading card. Both the tags and card collections were made up of 504 players, the numbers and players matching those in the sticker collection. As there is only one trading card in each placket, collecting the 504 cards  would be very difficult. The Metal Tags album has spaces for 200 tags, so you have to buy three albums as there was not enough room to fit the metal tags back to back.