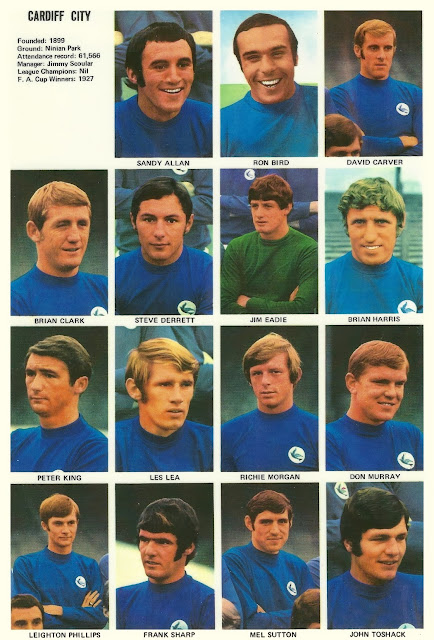 For their 1970-71 collection F.K.S. provided a service whereby it was possible to send for a complete sheet of photos for each of the Second Division clubs. A page in the album is dedicated to your favourite Second Division team. Here's a list of all 22 sheets, along with all the players displayed on each of those sheets. More sheets can be seen on Nigel Mercer's website http://cards.littleoak.com.au/index_fks.html

Email ThisBlogThis!Share to TwitterShare to FacebookShare to Pinterest
Labels: F.K.S. 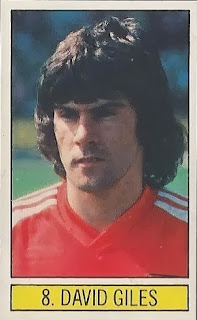 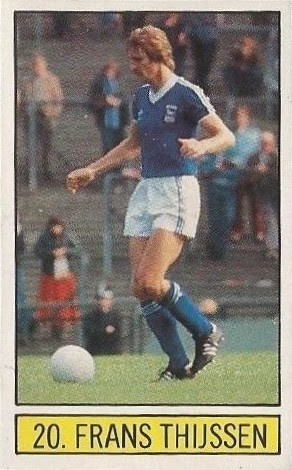 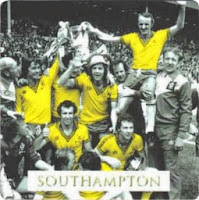 printed in the album

Email ThisBlogThis!Share to TwitterShare to FacebookShare to Pinterest
Labels: Texaco 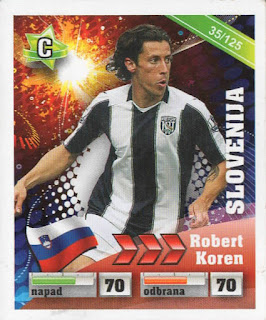 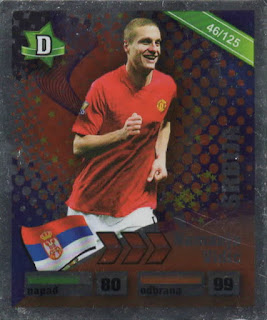 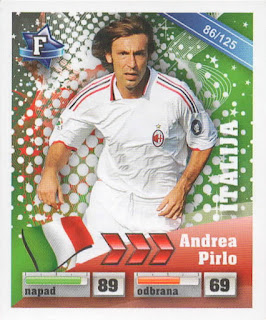 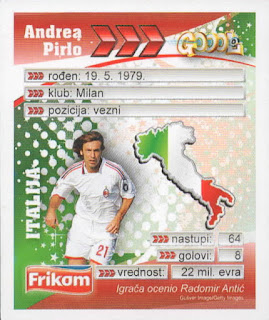 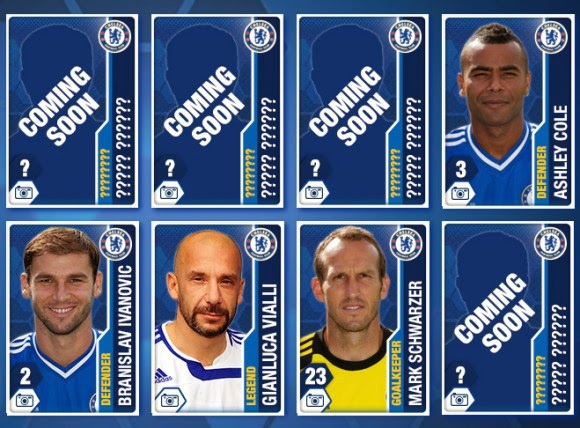 Chelsea have created an online virtual card collection for supporters to 'collect' throughout the season. Check out the album here: http://bridgekids.chelseafc.com/en-GB/PlayerAlbum/default.html

Player cards are available to those aged 4 - 11 years who joined the Mighty Reds section of the Official Junior Membership scheme. I know of four cards, shown above. Are there others? 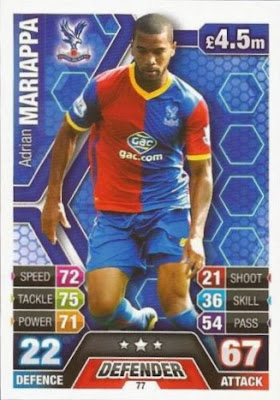 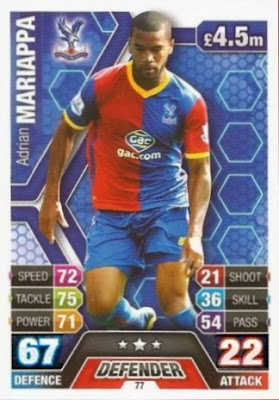 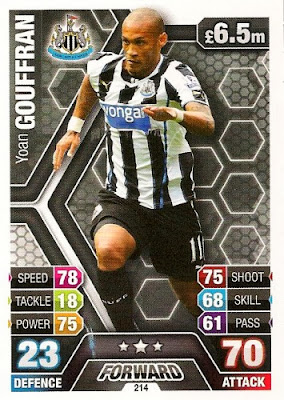 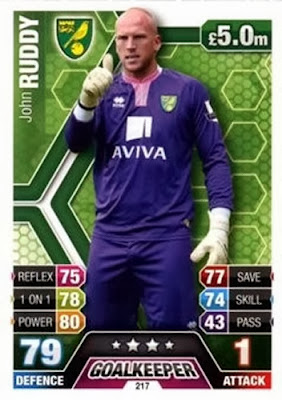 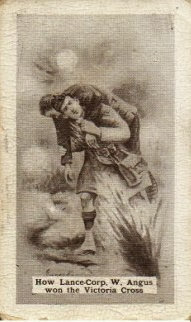 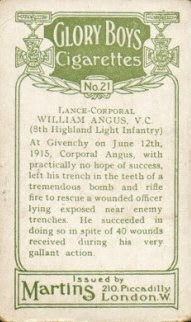 No football cards this time, but the only footballer who appeared on cigarette cards after being awarded the highest military honour, the Victoria Cross.
This is what wikipedia has to say about William Angus:
After leaving school he was employed as a miner but was able to find himself a place as a professional footballer at Celtic FC where he made only one appearance in the first team. Released in 1914, he joined Wishaw Thistle, the club he was captaining when war was declared in August. As a member of local Territorial battalion of the Highland Light Infantry, he was mobilised immediately.
On 12 June 1915 at Givenchy-lès-la-Bassée, France, Lance-Corporal Angus voluntarily left his trench under very heavy bomb and rifle fire and rescued a wounded officer who was lying within a few yards of the enemy's position. The lance-corporal had no chance of escaping the enemy's fire when undertaking this gallant deed, and in effecting the rescue he received about 40 wounds, some of them being very serious.
The complete, original article can be found here: http://en.wikipedia.org/wiki/William_Angus