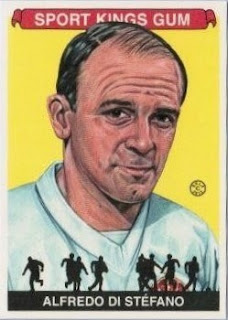 Email ThisBlogThis!Share to TwitterShare to FacebookShare to Pinterest
Labels: SportKings 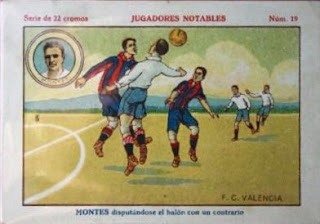 Another completed checklist, with the last two names being supplied by Ginés Lario via a comment on the original post. 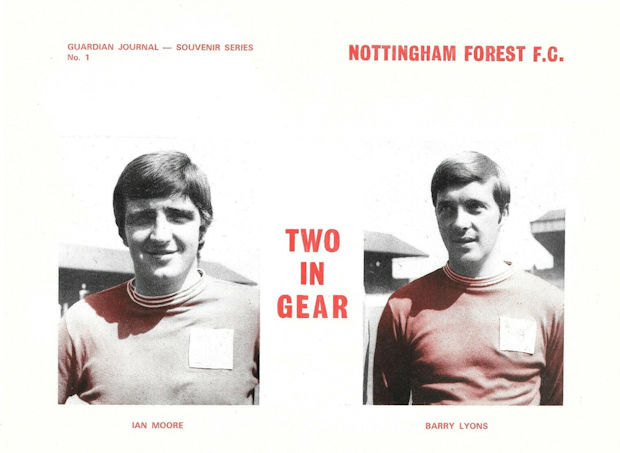 These were all numbered, but I only have the numbers for four of them. There was a similar set called 'Two in Gear' issued by Evening Mail - Sports Argus, covering clubs in the Birmingham area. 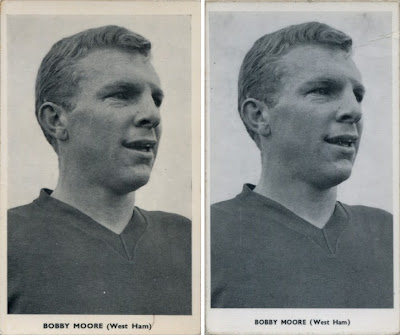 Plain backed postcard size cards issued by Quaker Oats. There are two different versions where there is a slight difference in the size of the text. One appears more bold than the other, as in the two Bobby Moore cards above. 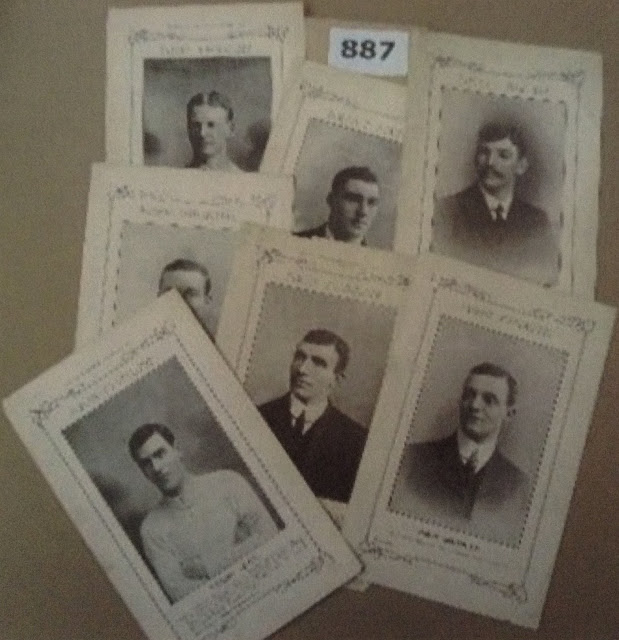 The Everton FC Player Portrait Postcards were issued by The Porcupine, a newspaper that was published in Liverpool from 1860 to 1915. I don't have any illustrations from this collection. Any help with photos/scans or additions to the list of postcards would be much appreciated.
UPDATE (26-02-2016):  Paul Chauveau has found an illustration from an old auction.

These cards are roughly cigarette card size. Quite a few players in South Africa at this time had previously played in the Football League. 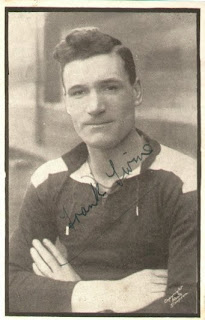 I don't know much about these, they're postcard size.

A new release from Leaf Trading Cards brings forth just a few soccer cards, the cards feature a wide range of famous people from popular culture. All the football cards feature Hope Solo the great US goalkeeper. The cards are: 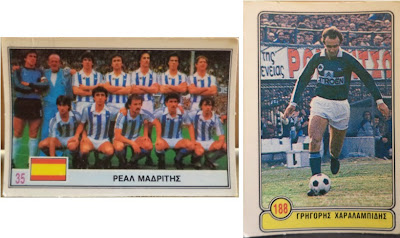 Even though there are various designs, I think all these cards are from the same collection. An interesting set, as the lower numbers feature top players from around the world. Lots of missing numbers, I'm always interested in hearing from anyone who can fill in any gaps and would be happy to receive information in English or Greek. 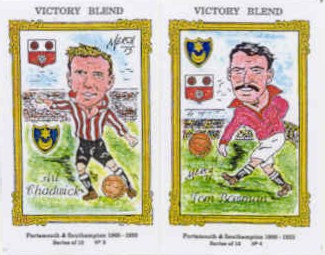 The illustration shows two cards from the 'Portsmouth & Southampton 1900-1920' set.

Something a little different this time. All these cards show 2 or more unnamed players. I thought it would be a good idea to try and record who appears on each card. I'm not very good at recognising MLS players but I've made a start (the players are listed in the order they appear on the card, from left to right). Can anyone add any others? 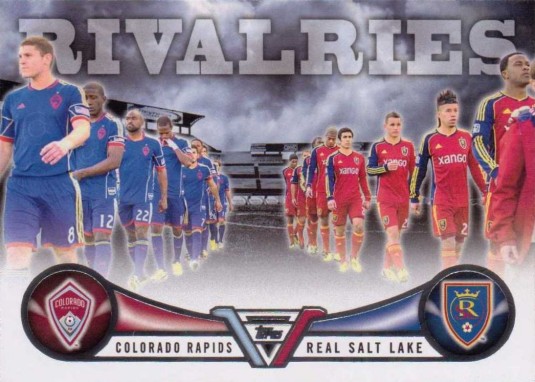 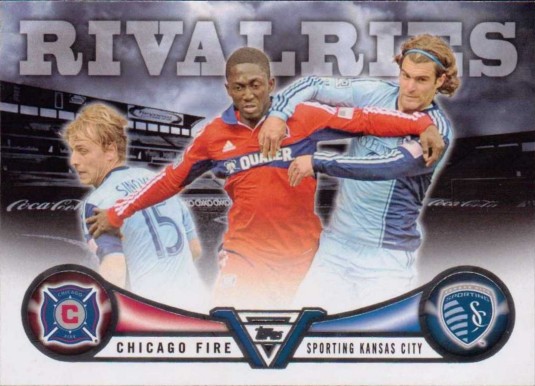 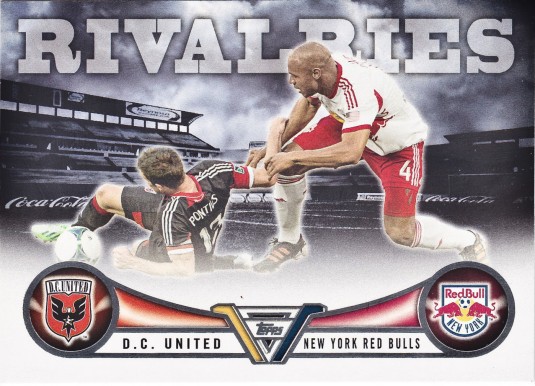 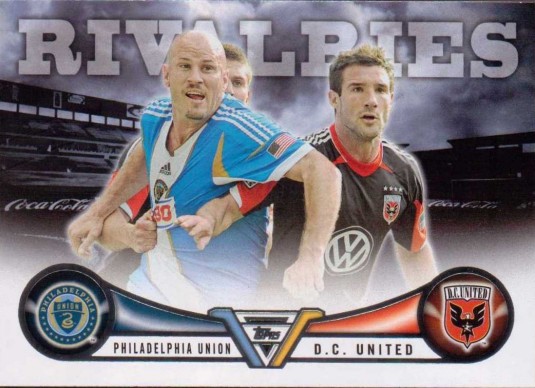 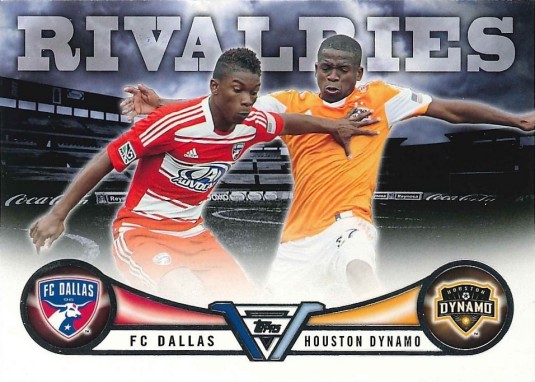 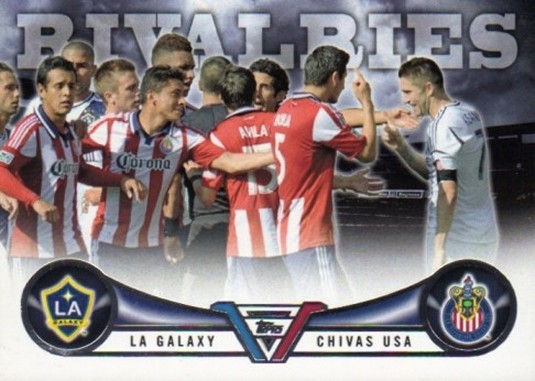 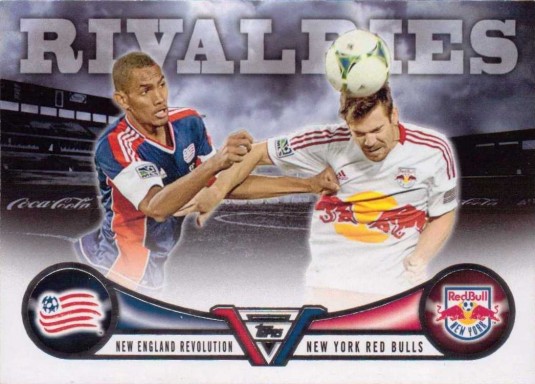 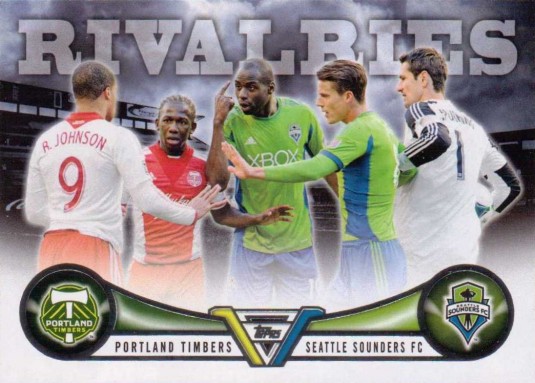 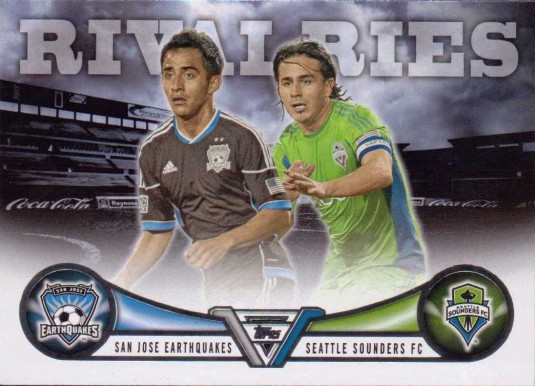 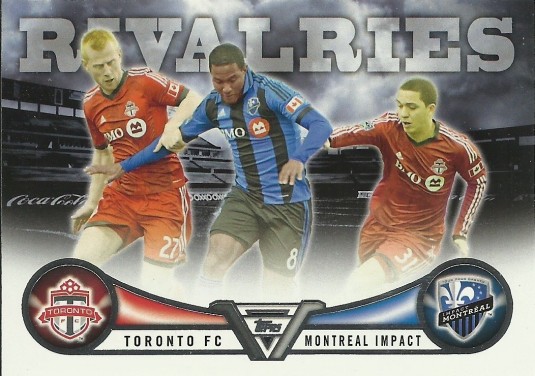 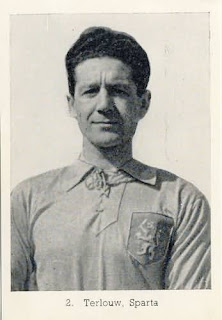 My friend Manfred has been in touch, to let me know how simple I'm getting....

This is funny, you wrote "Just 1 missing from the checklist" but the answer is on the photo above: No. 2 is Terlouw of Sparta.
Terlouw was a top player in those years, although Abe Lenstra and Faas Wilkes were the best at that time. This card set was issued in a time when professional soccer was illegal in the Netherlands and Faas Wilkes was already a pro player in Spain and Italy.
Looking more closely at the list I see some spelling mistakes.
Regards, Manfred

So I've updated the checklist, which is now complete, and highlighted Manfred's alterations. 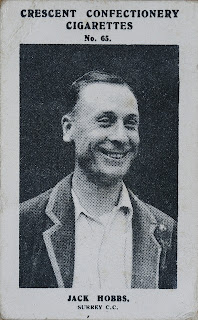 Trevor Cotterell has been in touch again, this time helping with some information on cards in this collection...

With regards to CRE/100 CRM-3 Sportsmen. Just a few to add to your checklist

These have now been added to the list below. Unfortunately, I don't have another football card to use as an illustration so I'm having to show a cricket card instead. 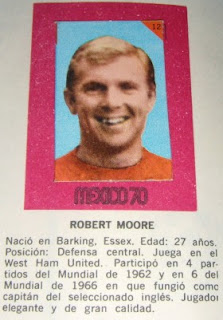 Mark Avenell has some additional information...
I now have the West Ham players in my collection from the Colgate/Palmolive series. They are made from strong card (with a plain grey back). I would imagine that they were cut from a Colgate product box/carton. The size of the cards is 29mm x 44mm
Regards, Mark 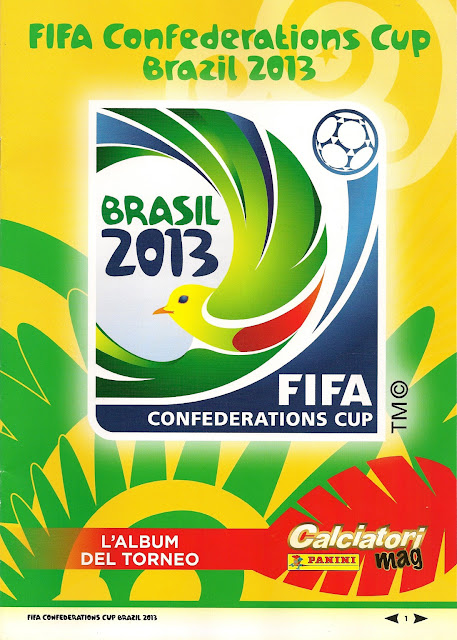 Recently issued in Italy, an 8 page album covering events at the Confederations Cup tournament in Brasil. The stickers come with the album and were issued in sheets of 6. The collection was given away free with Calciatori mag in Italy in July 2013.

These cards were issued in the Catalan region of Spain around 1922 by a chocolate firm based in Barcelona. The cards are unusual as they depict players on the front and back of the cards, with the backs in a different design. The fronts are all different and these players also feature on the backs of other cards, but there is a little duplication with the players shown on the backs of the cards. These might form some sort of game with 12 cards from each of four clubs in the Catalan region. The number of the card is also represented by whatever features on card no. 1, in Barcelona's case it is a flag, with Español it's a football.
UPDATE (03-11-2020 18:04):  Following an e-mail from Tom Lawrie I've been doing some more research and it seems that each of the players found on the playing card side these cards can be found with at least two players on the reverse. I have Oros number 12 Zamora with Juanico on the reverse but Tom has the same card with Montesinos on the other side.
I looked at another player, Bertran, and found his cards with Molins and Cabedo on the reverse and I have also found Bertran on the reverse of Espadas 4 Lluma and Espadas 9 Castellet.
Obviously more research needs to be done on this collection. Please get in touch if you can help in any way. 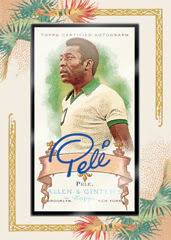 Mainly a baseball collection, but you'll also find cards covering a wide variety of subjects in the sub-sets, including redemption cards for actual spiders mounted on cards. You'll also find cards about the solar system, a number of cards on John F. Kennedy, and others featuring the pyramids at Giza, King Edward VII, Miss Universe and Nelson Mandela and many others. Contact me if you'd like a complete list. Also amongst them are three football cards, which are listed below:


I have yet had confirmation of the oversized box loader card shown in the previous post. What seems to be the complete sub-set of 10 'Oversized Box Loader Autograph' cards is known and Pele is not amongst them. 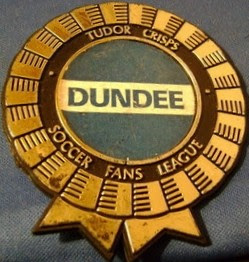 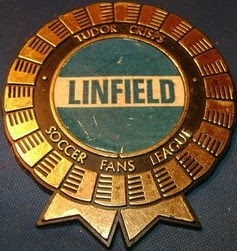 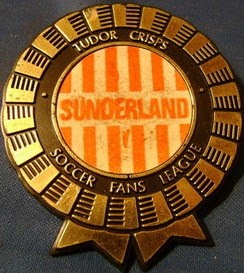 These might have been issued in the season that Carlisle United played in the First Division - 1974-75. My request for information regarding these badges have drawn a couple of responses...
Mark Hughesdon wrote in:
I found a couple of references to Tudor Crisp badges by searching ‘soccer fans league’.
Regards, Mark
http://www.worthpoint.com/worthopedia/18-tudor-crisps-soccer-fans-league-276912043
http://www.doyouremember.co.uk/memory.php?memID=8500#sthash.VFjfispy.dpuf
Here's an updated list.