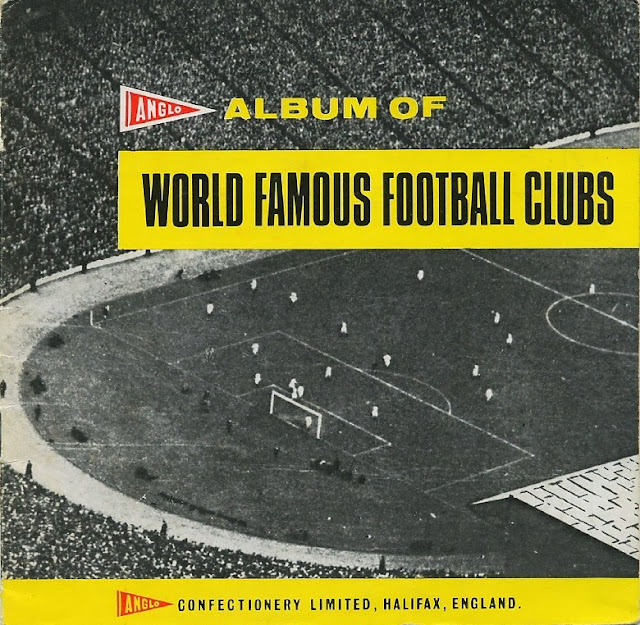 As with some of the Anglo American Chewing Gum wrappers, you were encouraged to collect the wrappers and exchange them for an album with all the wrappers illustrated within. Some enterprising dealers have cut these up and offered them for sale as double-sided paper collectibles.

Bob Thomas has kindly sent in illustrations of the album cover and one of the pages. 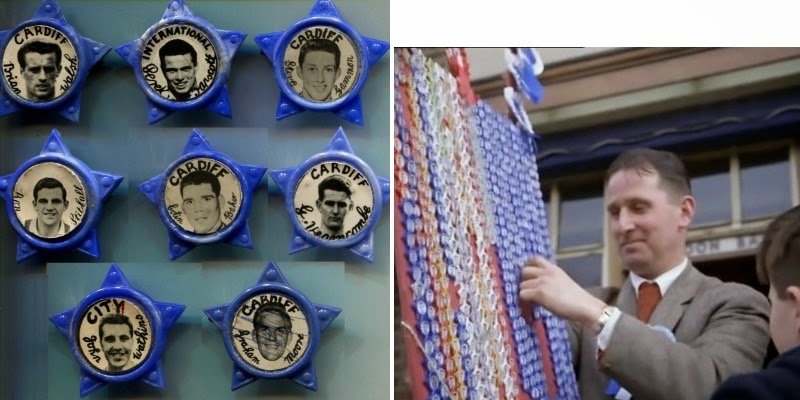 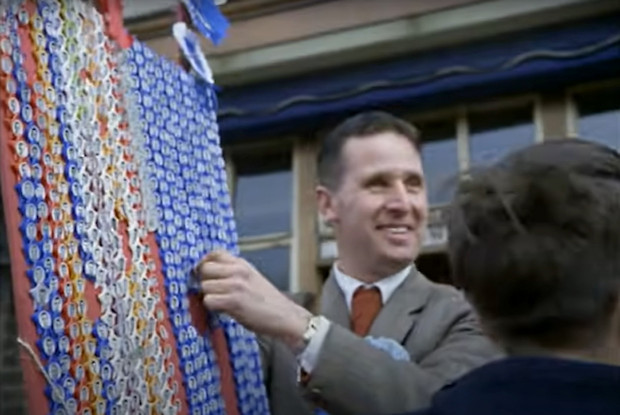 I know these aren't cards or stickers, but they feature photos of footballers. I don't have many Cardiff City players in my collection but I try and pick them up when I can. A selection of Cardiff City badges and a photo of a badge seller from the 1960s.
The photos of the badge seller are taken from a documentary series called Look at Life, with the episode these come from being called Saturday Fever, produced by The Rank Organisation and this episode narrated by Cliff Michelmore. 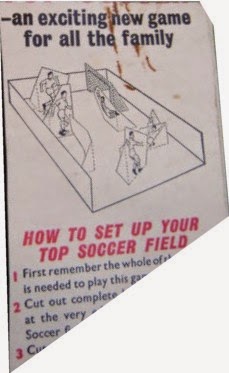 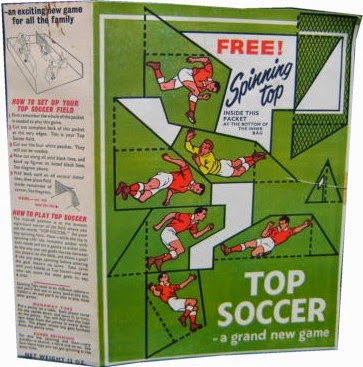 The game was printed on the back of a Kellogg's cereal packet. 6 players had to be cut out, including a goalkeeper. A Spinning Top was included inside the box to be used when playing the game.

Email ThisBlogThis!Share to TwitterShare to FacebookShare to Pinterest
Labels: Kellogg's 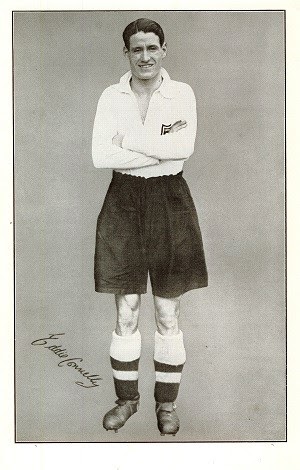 These panel portraits, measuring 9.5" x 6" with facsimile autographs, were issued with the official programme. Ten of these prints are currently on offer in JF Sporting Collectibles' April auction. 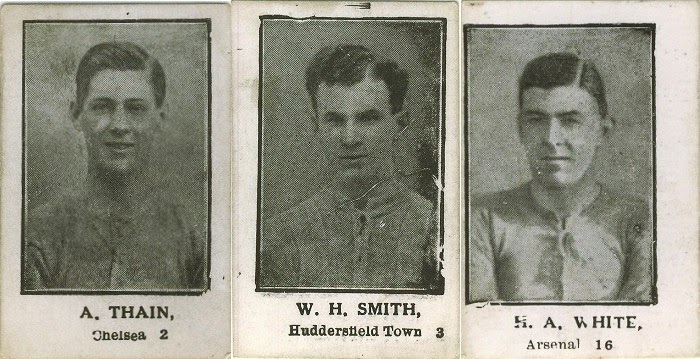 A few more of these cards have come to light. Check out JF Sporting Collectibles auction page.

Email ThisBlogThis!Share to TwitterShare to FacebookShare to Pinterest
Labels: V.C.C. 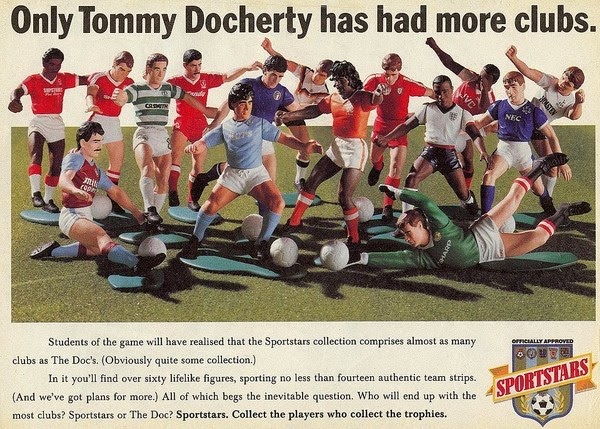 Plastic footballers packaged in plastic and cardboard and each one includes a special collectable card.
Update. Apparently the cards come in two different versions. Thanks to Chris Crapper for the information 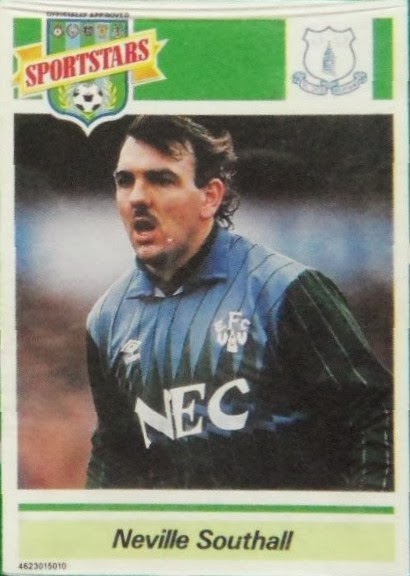 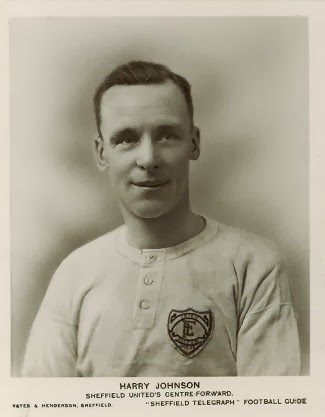 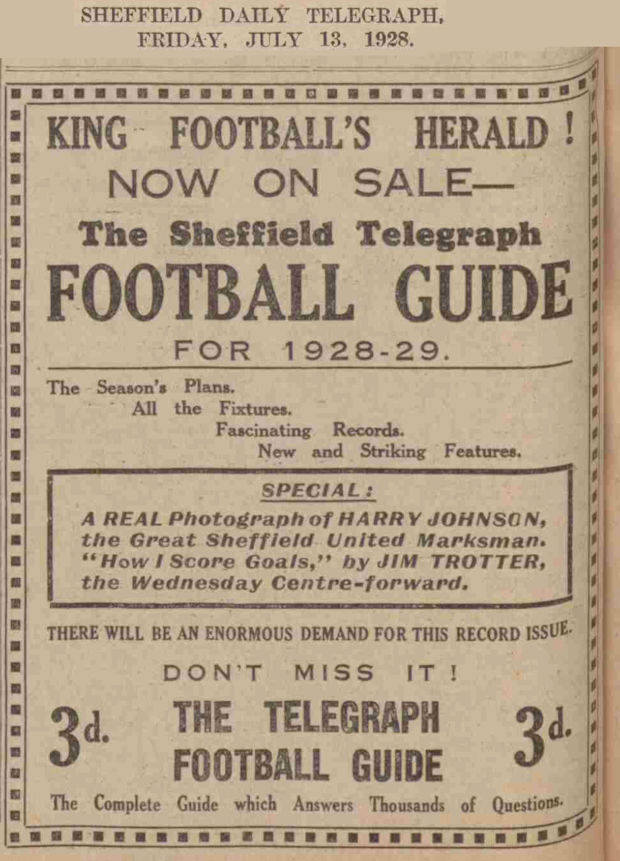 Only one player known to exist.
UPDATE (09-05-2020 23:13):  Bob Thomas has been doing some research at the British Newspaper Archives and can confirm this card is a one-off, given free with the 1928-29 edition of the Sheffield Telegraph Football Guide. 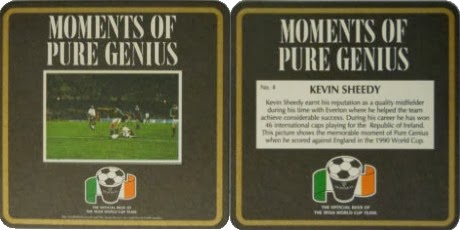 A set of four beermats issued by Guinness some time in the 1990s.

Email ThisBlogThis!Share to TwitterShare to FacebookShare to Pinterest
Labels: Guinness 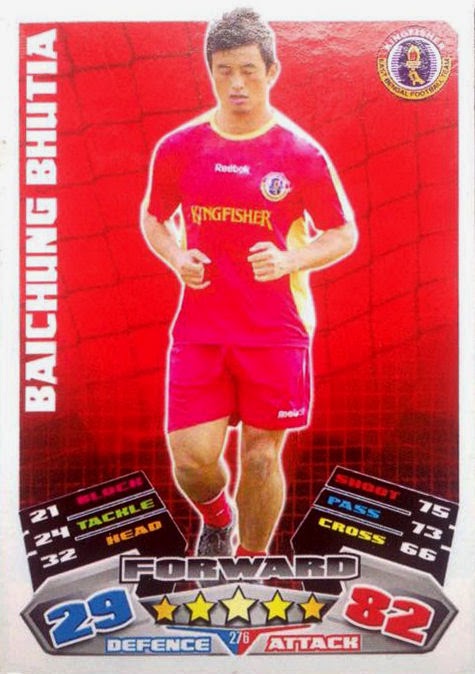 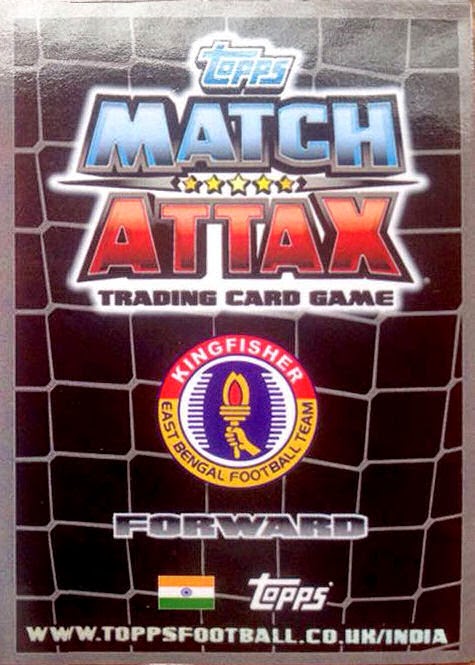 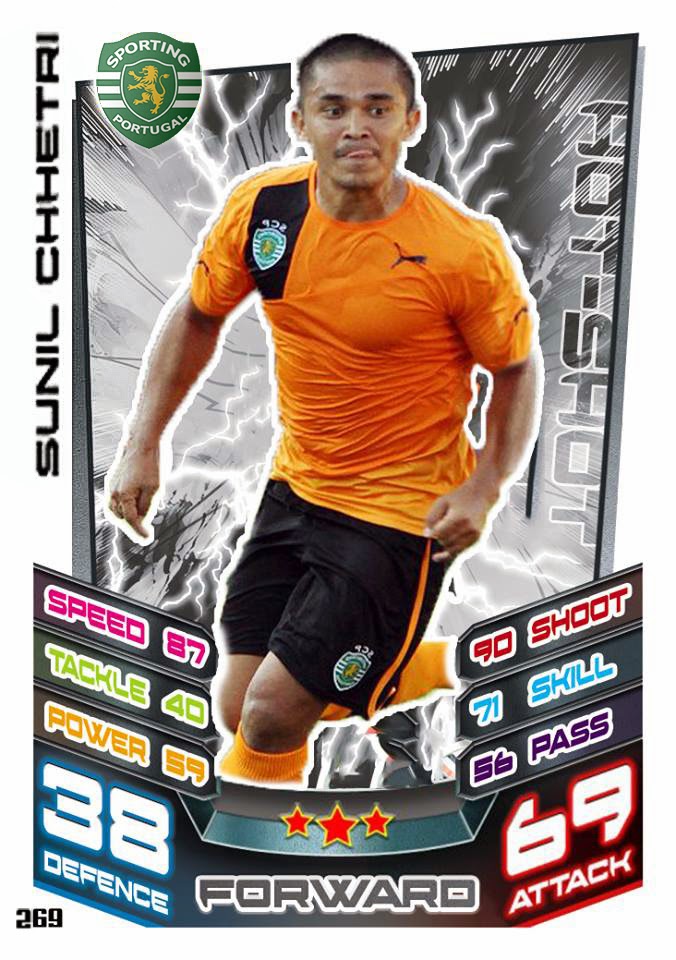 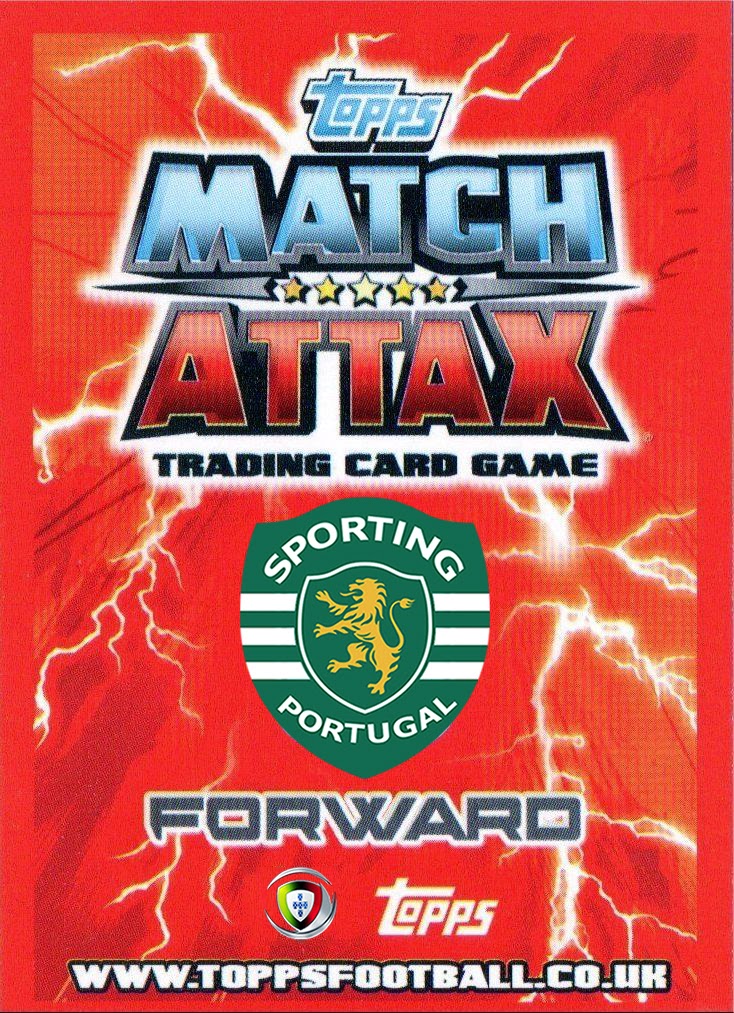 Kalyan Negal has been in touch, sending in the two scans shown above. They are similar to the Match Attax cards issued in the United Kingdom in 2011-12 and 2012-13, but feature players from the I-League (Indian Premier League). Does anyone have any further information?
UPDATE:  Pranav Chandrasaykar has sent in new scans of the two cards, fronts and backs. 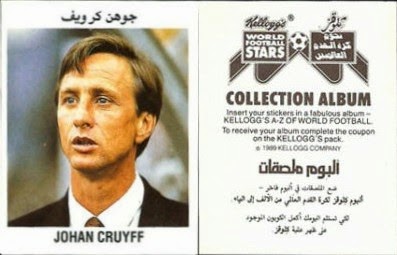 Issued somewhere in the Arab world, an unknown number of cards issued to collect in a special album called Kellogg's A-Z of World Football. It would be great to hear from anyone who can provide further details about this collection.
UPDATE (13-05-2018 21:12):  леван сипашвили has provided some information about other stickers in this collection.

Email ThisBlogThis!Share to TwitterShare to FacebookShare to Pinterest
Labels: Kellogg's 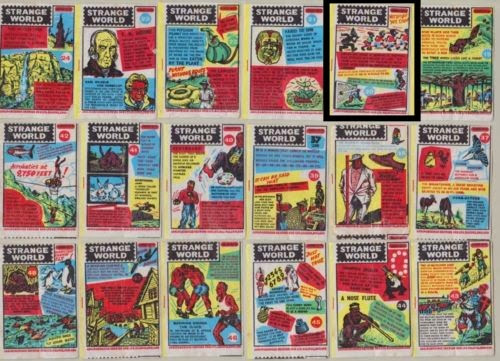 There's only one football related wrapper in this collection, which is highlighted in the illustration above.

Another collection of Score cards, these are unnumbered, which is a shame, and will be listed alphabetically by club and surname... The cards are unnumbered and are numbered here for reference purposes only (easier to keep track of the number of cards!).
Posted by Alan Jenkins at 09:14:00 No comments: 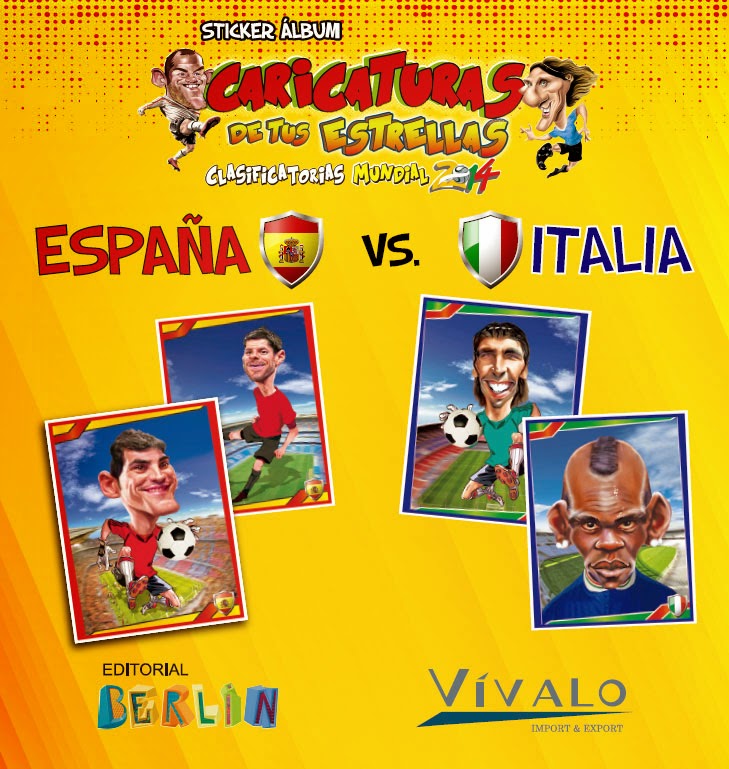 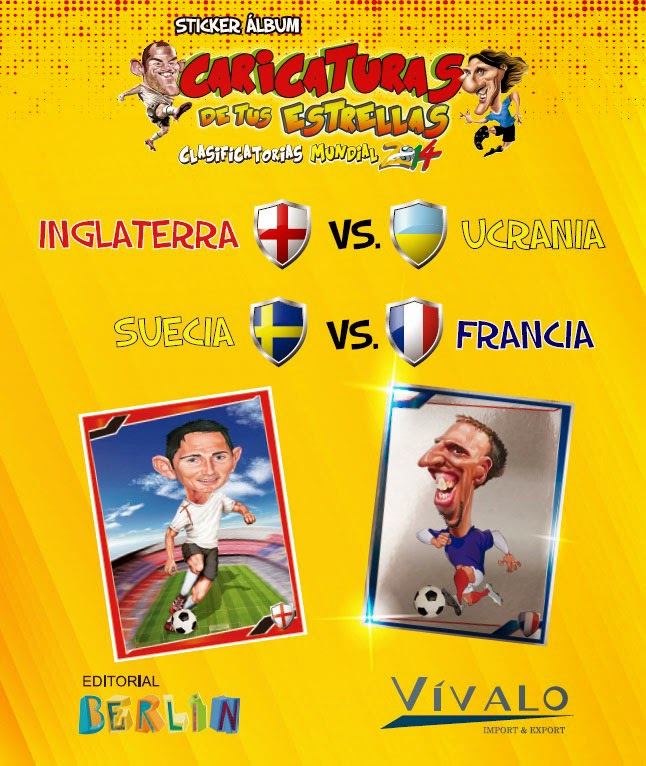 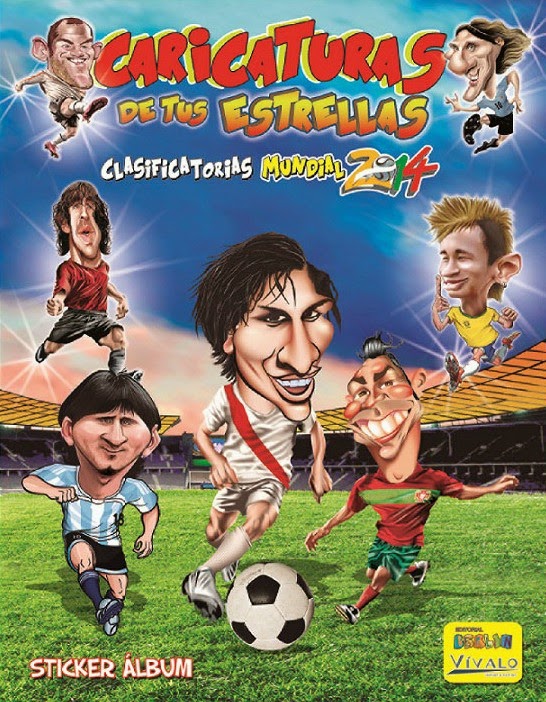 Another collection of Panini Football League cards is out today in Japan (17 April, 2014). Here's the checklist. Any typing errors are all my own work, please let me know if you find any. I've included photos of three Shinji Kagawa cards - nos 151, 152 and W020.