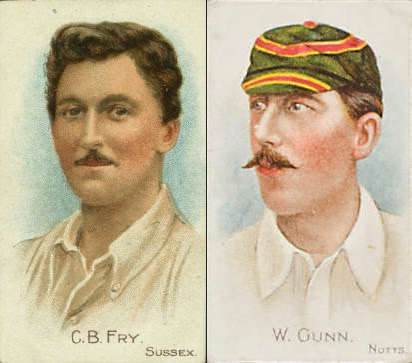 An illustrated checklist, including the cricket card that's of interest to football card collectors.
UPDATE (25-10-2020 20:57):  James Cotton has informed me that there's another cricketer in this collection who also played football. Billy Gunn played for Notts County and Nottingham Forest as an amateur and also represented England twice in the 1884 British Home Championship against Scotland and Wales.