Unusual cards issued in Scotland, probably in the late 1940's or early 1950's. There's nothing on them to identify who produced them. The cards have a large white border, with the players names printed in upper case. So far, the only known cards are of Glasgow Rangers players. 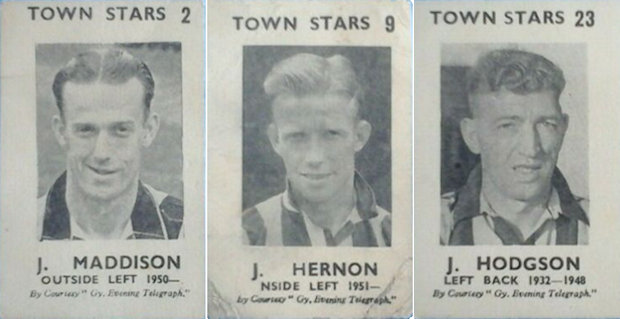 Apparently these cards were given away with the Grimsby Town programme during the 1952/53 season. Very collectable and very rare. It seems to be a set of 25 cards, but it is possible that cards No. 4 and No. 15 weren't issued. The club played 23 home League games that season, but also played two games at home in the F.A. Cup. Any information on this would be much appreciated.


These were issued some time in the 1930s, but there is no reference to a publisher. The illustration on the left is as the transfer looks.

Postcards from the 1938 collection

Another collection I know almost nothing of. The item on the right is the little packet that the photo came in. I would be glad to hear from anyone who knows anything at all about this little collection. The last 8 items were found listed in a Cartophilic handbook, relating to this collection, so it's probably not all footballers or sportsmen.

These are very rare cards, possibly because, as can be seen from what was printed on the back, that these cards could be redeemed for 'presents'. I'm showing the cricketer because I haven't got an illustration for the only other card I know of. As always, if you've got any further information, please get in touch.

Email ThisBlogThis!Share to TwitterShare to FacebookShare to Pinterest
Labels: V.C.C.

Not a very good photo - apologies for that. These were issued by the Sheffield Star newspaper. They seem to be quite rare, I only know of those listed below. If you can add to the list or know how many were issued, please get in touch.

Not really Cartophilic, but collectable nonetheless. Did they produce one for your club?

Three more Arsenal F.C. postcards. Please note the players names are in the border below the picture, whereas the name on the previous postcard was printed in a small box inside the picture.

These are reproduced from the following website: ArsenalOneTwoFive
Posted by Alan Jenkins at 16:52:00 No comments: 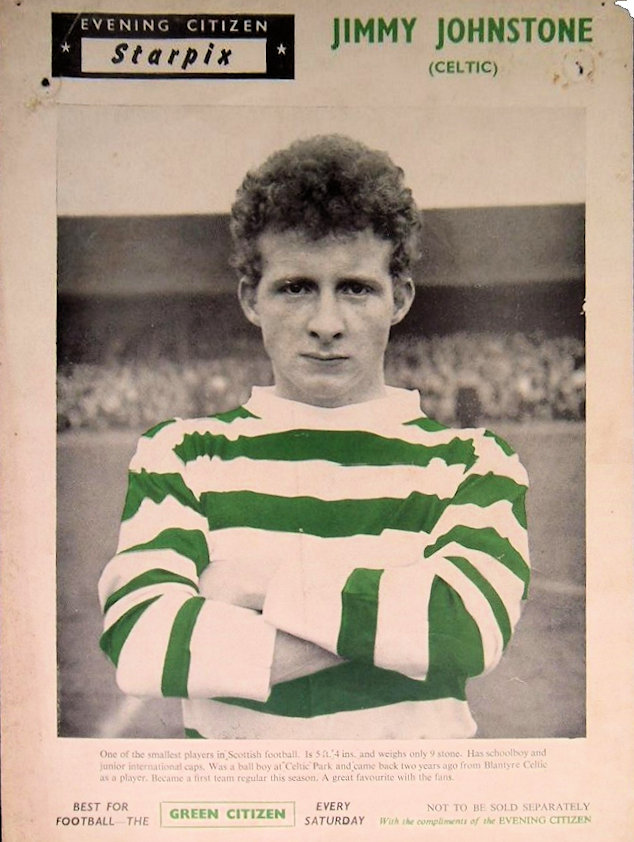 Another of the very collectable newspaper issued from just after the Second World War. Supposedly a set of 58, there are 9 players missing from the checklist below. I'm always interested to hear from anyone who can fill in any gaps.


Another Glasgow newspaper giving away prints of Footballers and Football Teams. No idea how many they issued and although I have the date as 1965 they might have been issued before or just after 1965.

These sheets were given away with the Glasgow Evening Citizen newspaper during 1965, probably with the Saturday issue. It has always been my intention to go to Glasgow and track down copies of the original copies of the newspapers to see if they include these sheets.