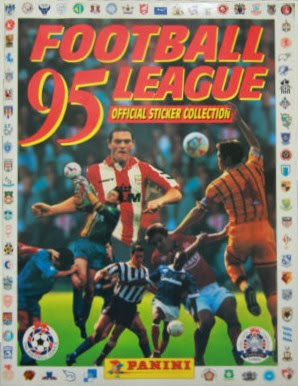 StickerSwapping.co.uk needed to complete this checklist, so I thought I'd help out. 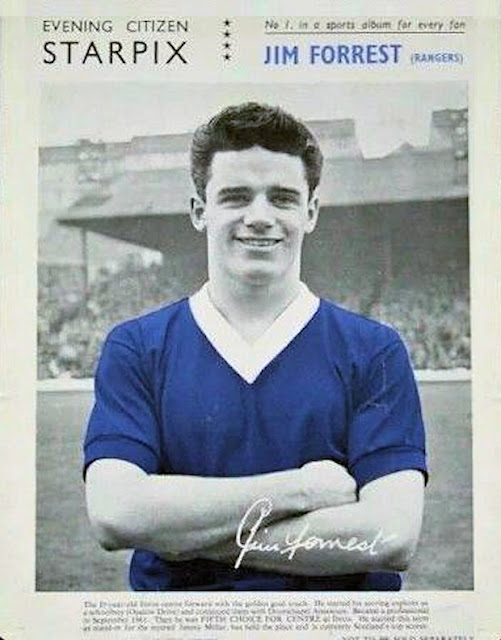 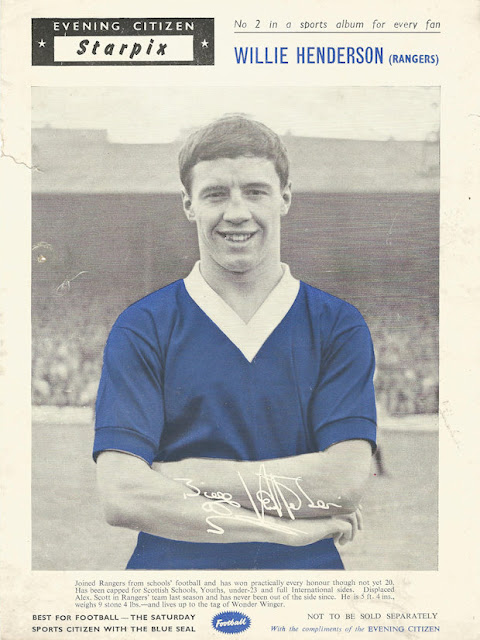 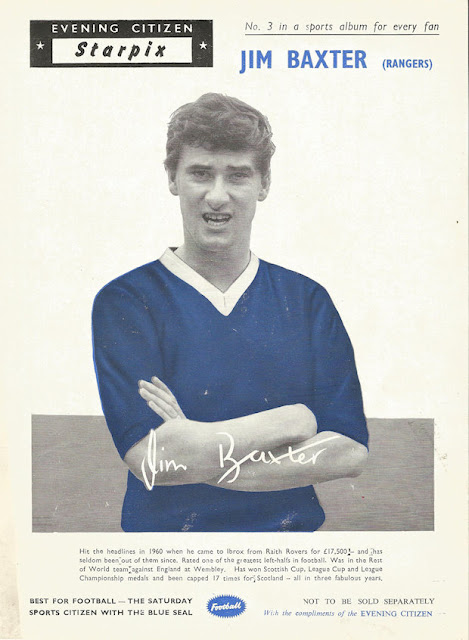 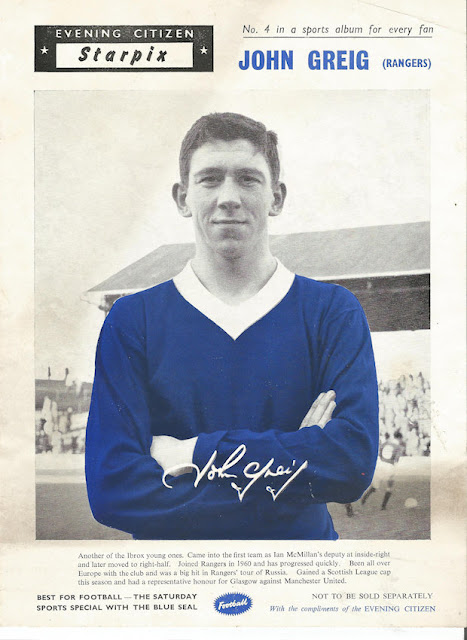 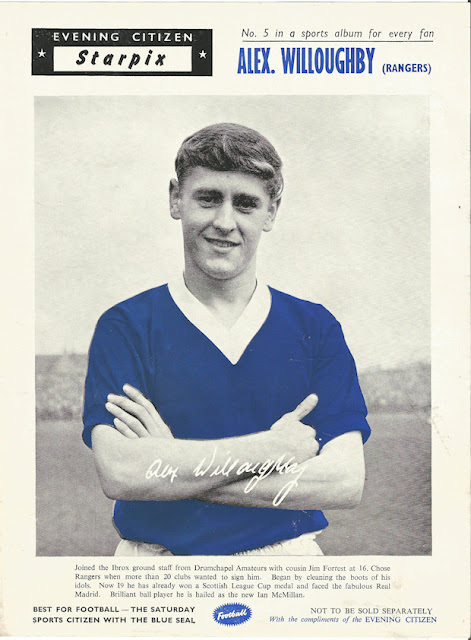 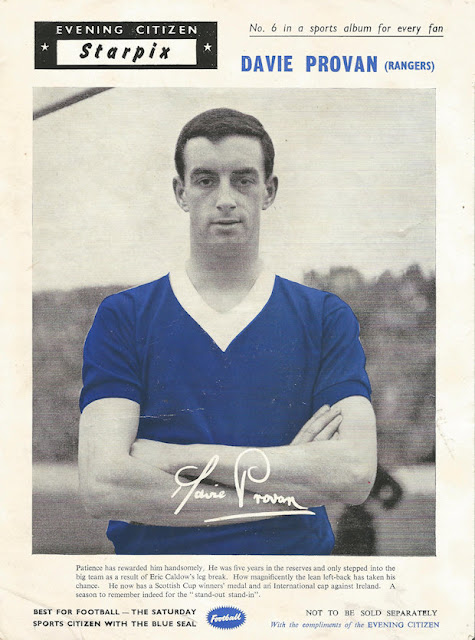 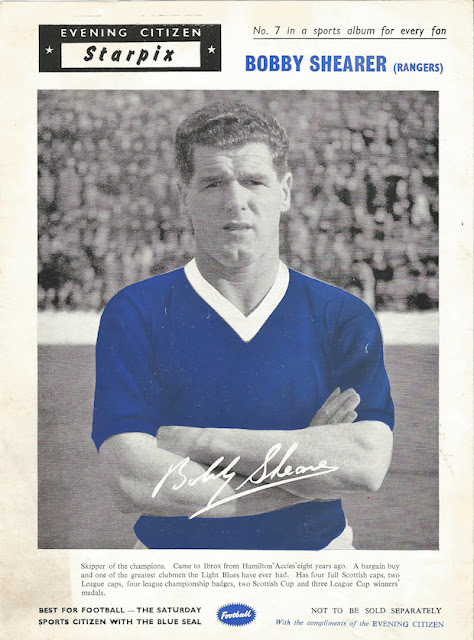 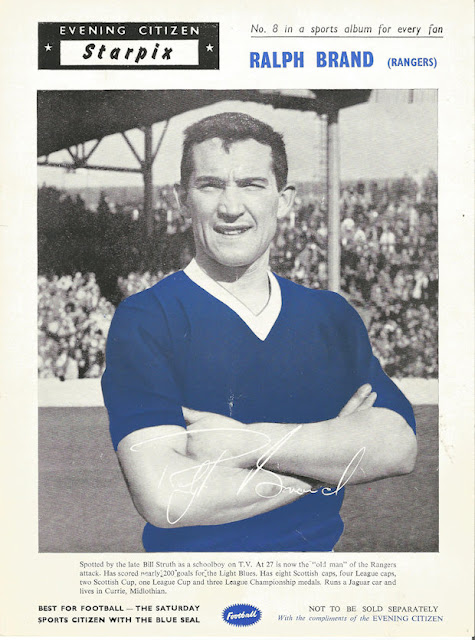 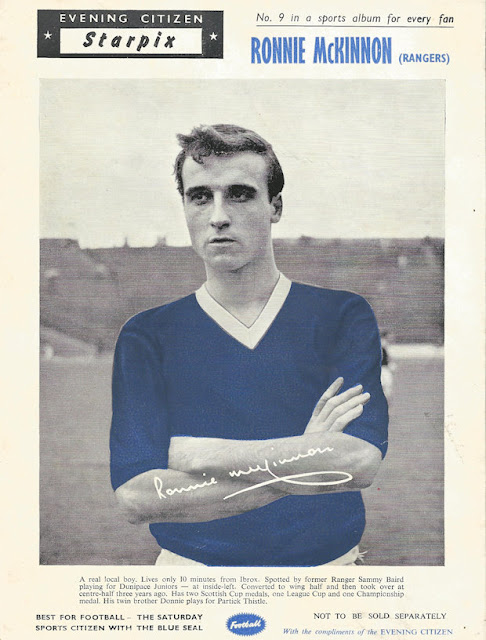 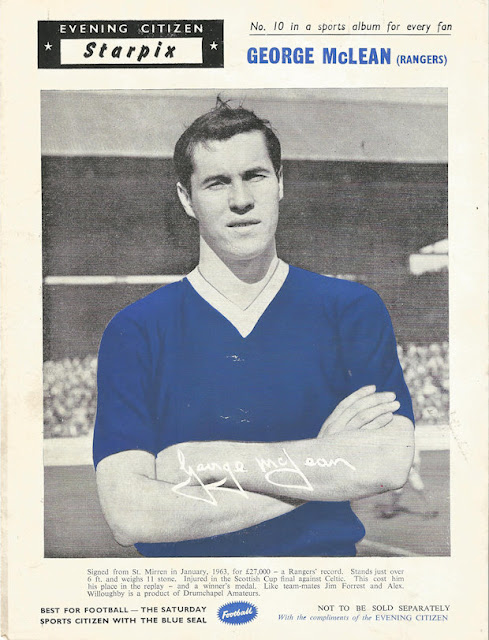 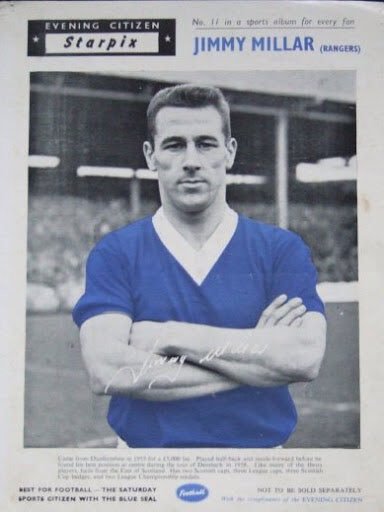 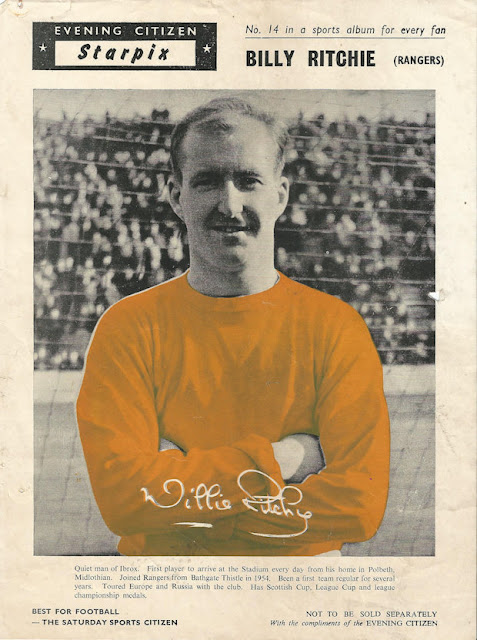 These are all the 'Starpix' that I know of. To follow over the coming days and weeks will be other sheets given away by the Evening Citizen and their contemporaries, most of which don't seem to fit into any one particular series. As for these 'Starpix', some are numbered and have facsimile autographs, some are numbered but I don't know the numbers. Some boxes are empty, I know they exist but I haven't yet been able to get a scan. The Celtic ones make reference to the 'Green Citizen', which, I presume, was what the paper called itself when Celtic were at home. So was the Rangers version called the 'Blue Citizen'? Mostly Rangers and Celtic players featured here, shown in no particular order, just how they appear in my database.
I have no idea of issue dates, whether these were only issued on Saturdays, or all match days including midweek games.
If anyone can add further information about the ones shown here or any similar ones I would be very grateful to hear from you.
UPDATE (08-01-2019 09:43):  As part of a housekeeping exercise, I've reduced this post down to the series of numbered Rangers Starpix. The highest number known is 14, I'm not sure if there are further numbered issues. 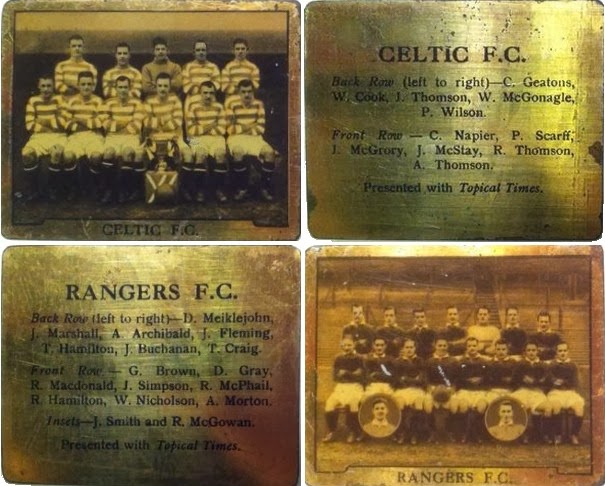 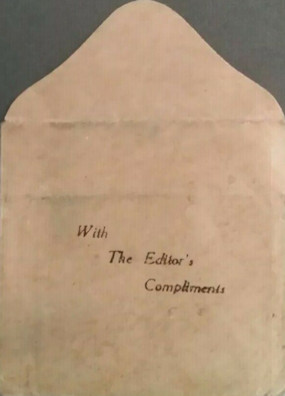 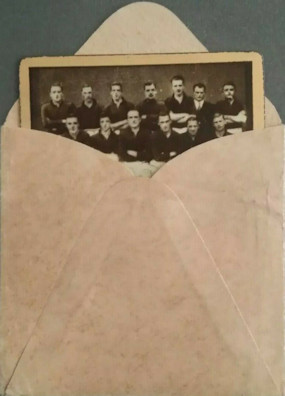 Very nice 'cards', made of metal. They were listed as 1924 in Murrays catalogue, but 1931 seems to be the actual date of issue.

I've no idea what this cigarette card sized item is!!? It reads:

This card is perfumed with
Parfum
Grekis
??? (price per bottle?) 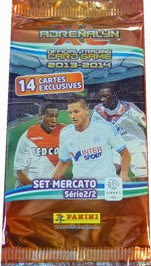 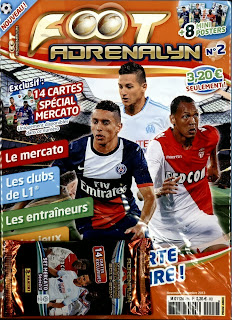 Some of these cards have started to appear in Romania