Liverpool are on the Tele Again - Footballers (3) 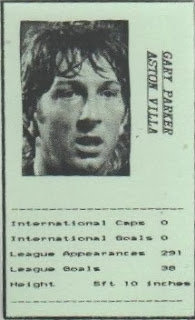 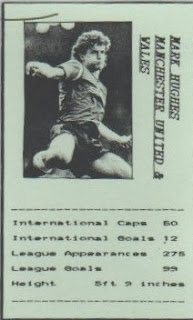 Another one added to the list. Graham Bruton has sent in an e-mail...
Re. the Norwich City fanzine, I can add Ryan Giggs to the list. When I used to ardently collect cards, I always made a note of dates etc, but what I have written down for this set is a bit strange! My note says that this set has a connection with Top Trumps, and that it was a card game numbering 33.
Hughes and Robson were in the magazine for Jan-Feb 1994, and Giggs for May-June-July 1994. All this sounds odd now, so I wonder how much of it is accurate?

Email ThisBlogThis!Share to TwitterShare to FacebookShare to Pinterest
Labels: Liverpool are on the Tele Again, Norwich City F.C.