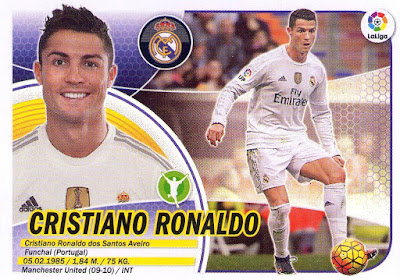 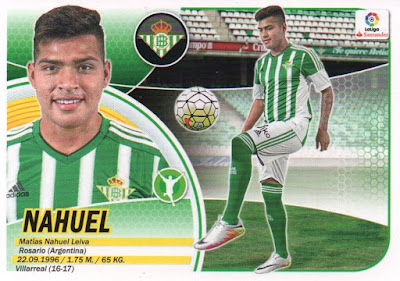 I have just discovered that the players and managers that were included in the 1st Edition of this collection were reprinted and issued in the 2nd Edition because the La Liga logo was changed. The 1st Edition stickers have a round La Lia logo like the Cristiano Ronaldo sticker shown above. The La Liga logo was changed to a square one with Santander added, see the example of Nahuel.