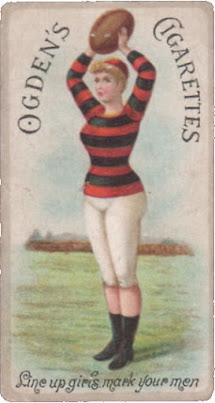 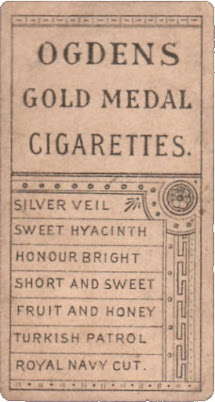 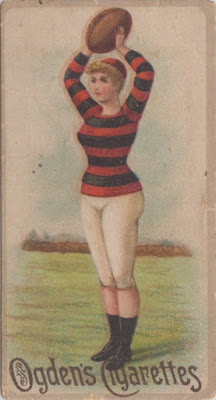 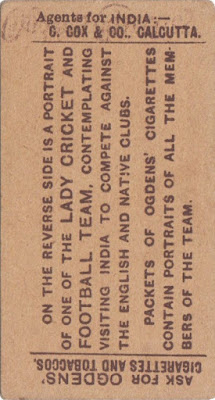 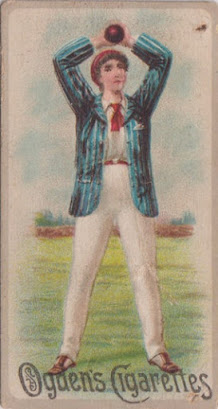 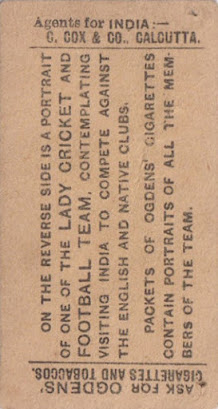 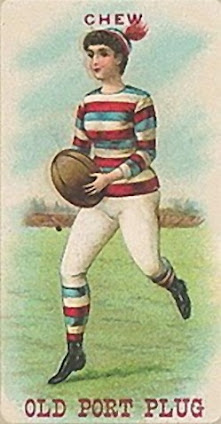 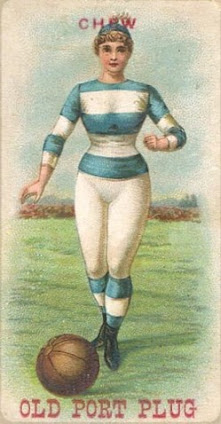 Ogdenscards on the CigaretteCardCollecting.com forum has provided scans of the front and back of two more cards. I have also been able to find two more images of American versions of two cards. Ogdencards also provides some information on the issue date as all the brands on the reverse of one of the cards (Silver Veil, Sweet Hyacinth, Honour Bright, Short and Sweet, Fruit and Honey, Turkish Patrol, Royal Navy Cut) are included in Ogden's 1888 price catalogue, while the second card provides confirmation that the cards also seem to have been available in India, with C. Cox & Co., Calcutta acting as the agents.
The reference to a Lady Cricket and Football Team touring India is probably just an advertising ploy. I’m sure though that spirits of the British troops in India were raised by the prospects of such a tour.
UPDATE (01-11-2021 23:55):  Another card added - cricketer wearing a blue and white striped jacket.