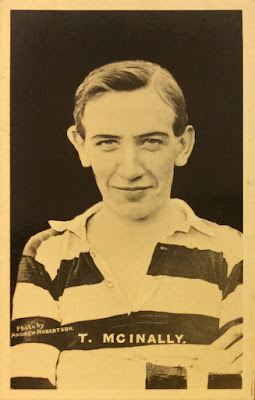 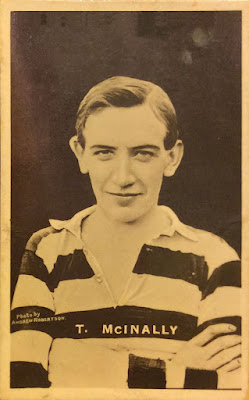 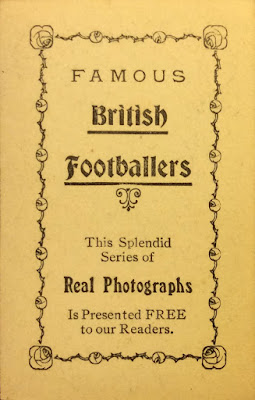 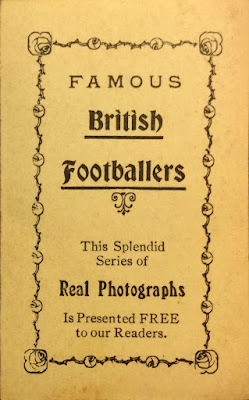 Alan Zimmermann has discovered an interesting variation amongst the cards in this set. He has two cards of Celtic player Tommy McInally. The image on the second card shows a little more of the players left shoulder and right hand, making him look a little smaller. Also one card has a fulls top after his surname and the other one does not.
UPDATE (07-07-2016 17:35):  Thanks to Vernon Young for his help.