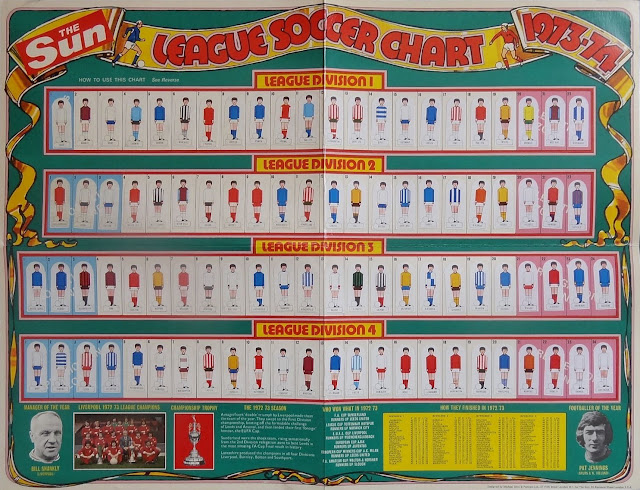 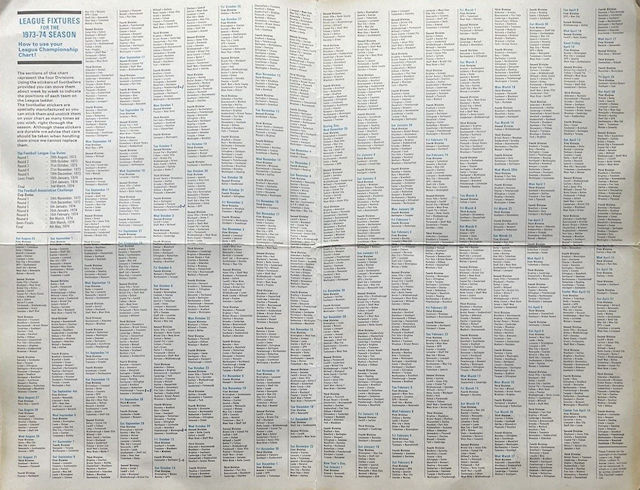 Bob Thomas has provided a scan of this completed chart.
UPDATE (15-10-2016 14:58):  I always thought this item was just a straight forward chart, until I had an e-mail from Roger Pashby...
You have it listed as a 'chart' which is precisely what I had it as with the little Huddersfield Town cut-out figure that I have.
Bob’s photo hasn’t done anything more to enlighten us as it still appears to be simply a chart of football club colours BUT I have been confused ever since I saw your blog photo of July where the number for Huddersfield Town was 12 whilst mine is most definitely 7 …
Paul Chauveau has dug his out chart and, lo and behold, all becomes clear!
He sent me a photo of it and also of part of the reverse; I think you’ll be very surprised.
So it's a League Ladder and the figures can be moved... amazing! I am in the process of updating all the information on League Ladders and Team Tabs and I'll be adding this one to it.