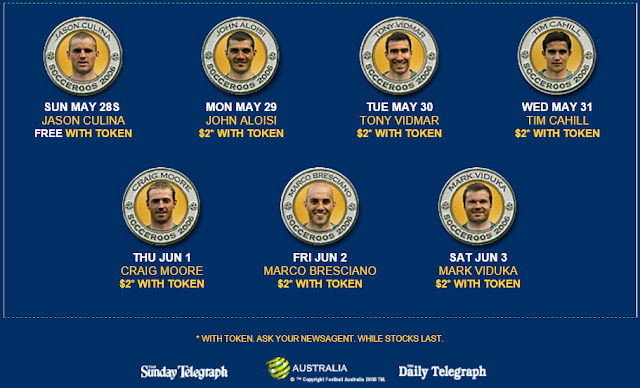 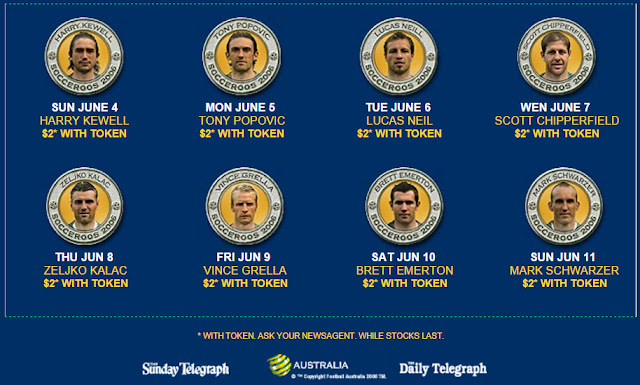 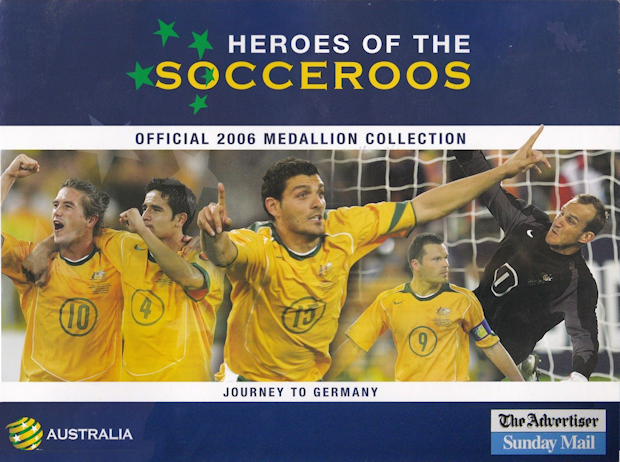 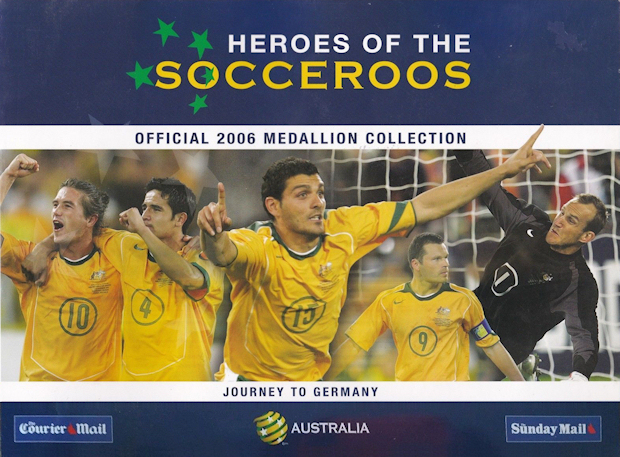 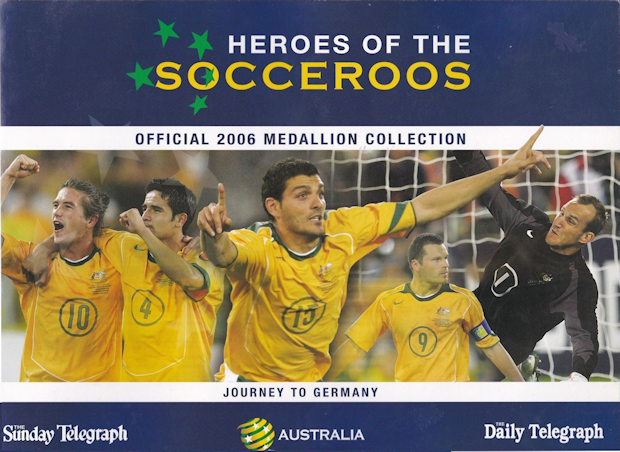 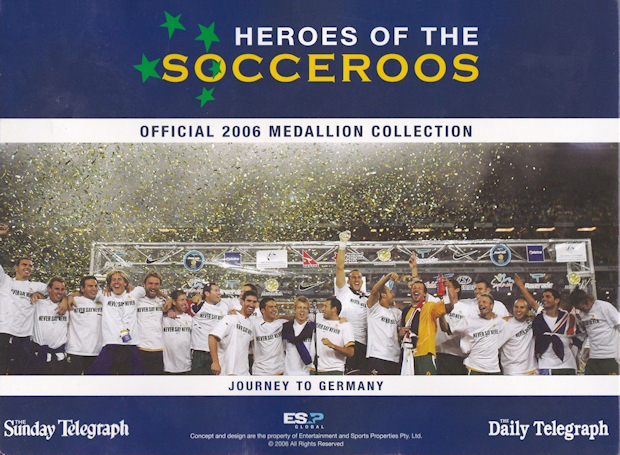 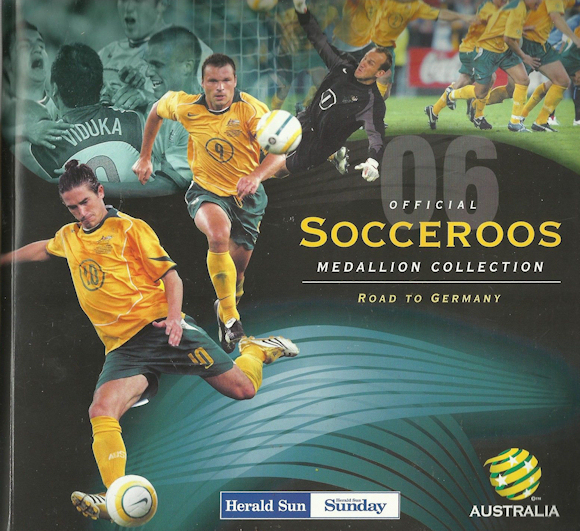 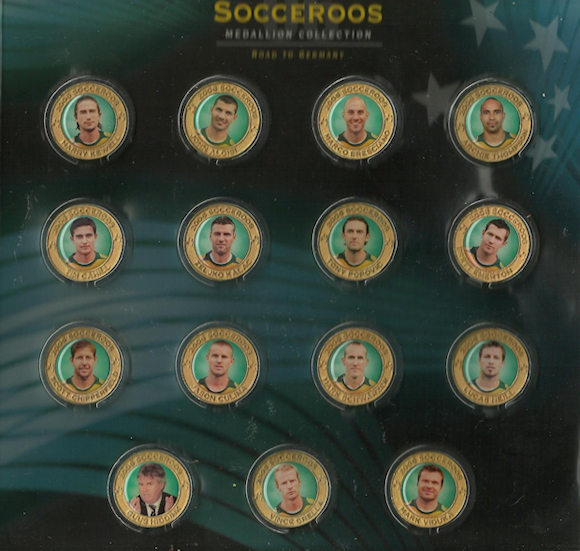 The medallions came on a card, the top half included a photo of the featured player while the bottom half held the medallion. Most can still be found in their original wrappers. As the names of the newspapers were printed on the section that held the medallion it's possible to get at least five different versions for each player, some of which are shown above. There are 15 medallions in most versions of this collection, though The Brisbane Courier Mail issued 20, while The Melbourne Herald Sun issued 16 in total - having originally included Tony Vidmar in the collection, they later replaced him with Guus Hiddink. I have also included details of two errors that were issued. Albums were made to hold the collection and again, at least five different versions are known, including one that is completely different to the others, the one issued by The Melbourne Herald Sun. I haven't been able to find any reference to these medallions in Perth, Canberra or Darwin, but that doesn't mean they were not available in those cities.
I haven't numbered the checklist as the different versions don't have a standard numbering system so it is easier to leave the numbers off the checklist.