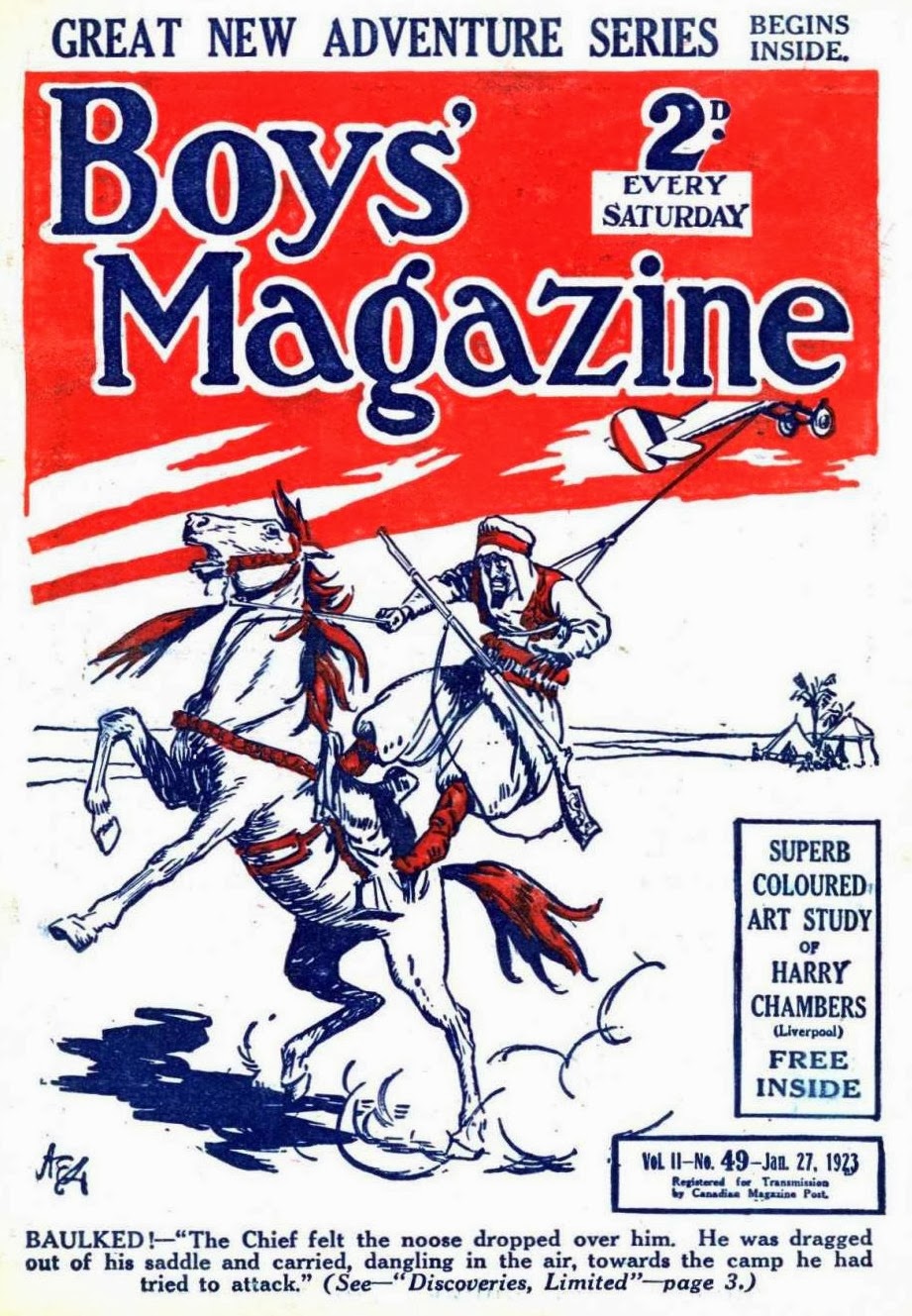 I originally had these numbered from 1 to 8, as they are recorded in the Cartophilic Society of Great Britain index. They weren't issued with numbers or in this order. Bob Thomas has sent me a scan of the cover of issued 49, with Harry Chambers as the free photo. The studies were issued in issues 45 (30 December, 1922) through to 52 (17 February, 1923). As always, the illustrations are not to scale.