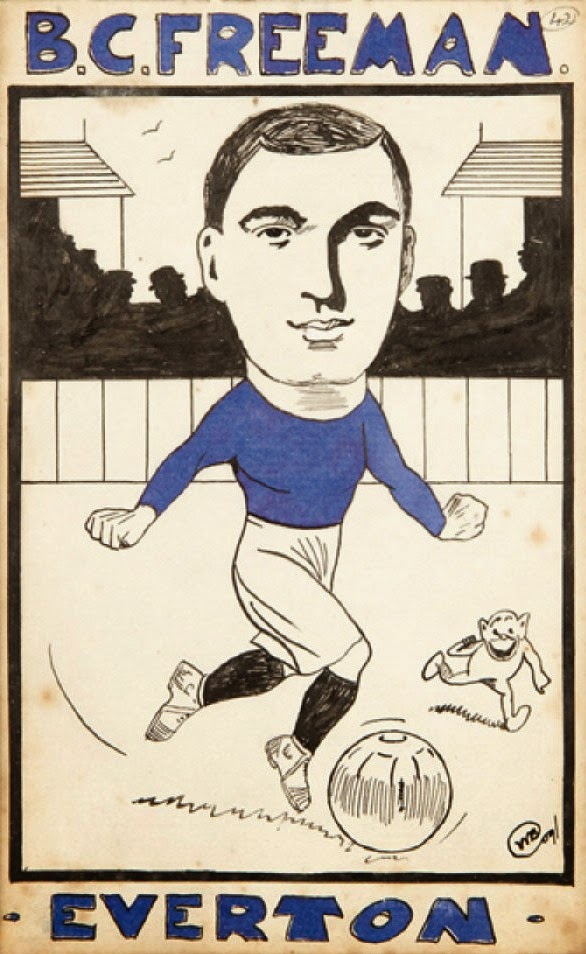 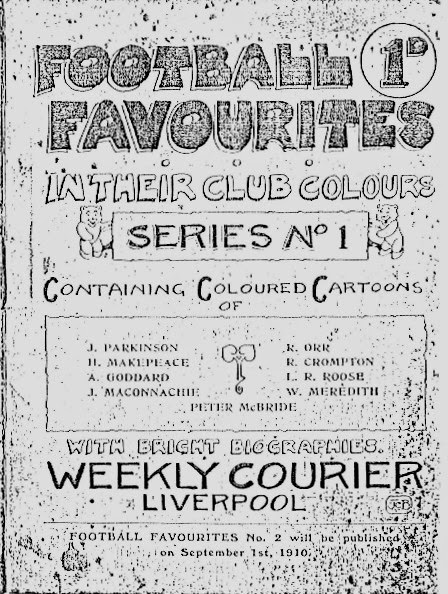 Superb Edwardian caricatures of footballers, cricketers and rugby players, drawn by L.C. Bennett and dated '09. Each also featuring a signature goblin figure, drawn in pen & ink, each is titled and some come with a verse added, e.g. Arthur Bridgett of Sunderland - 'He's speedy and sporty, He's dainty yet weighty, With courage for forty, And Conscience for eighty, And when England capped him, Hurrah! we all clapped him.' Some, if not all, were issued as postcards and again some, if not all, were also published in booklet form, as can be seen by the above illustration.
What I wouldn't give to include a complete illustrated checklist of this collection!