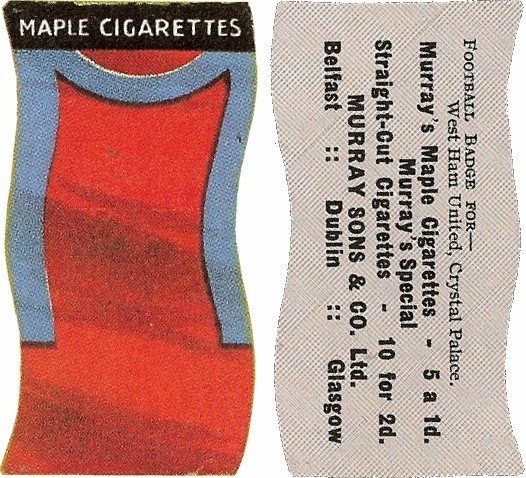 The previously listed date of 1908 is probably wrong for this collection. Cardiff Rugby Club play in Blue and Black, so the Cardiff club listed here must be Cardiff City, but they played in local leagues until turning professional and joining the Southern League in 1910, gaining promotion to the First Division for the 1913-14 season. Roger Pashby tells me that Huddersfield Town, although founded in 1908, didn't start playing in Blue and White Stripes until 1914.

Derry Celtic were voted out of the Irish League 1913 and disbanded that year.

Sam on the Cigarette Card Collecting forum posted a lot of information for me, that was originally included in two books published by the Cartophilic Society of Great Britain. Fossil, another member of the same forum has provided details of the 8 missing cards from my list.