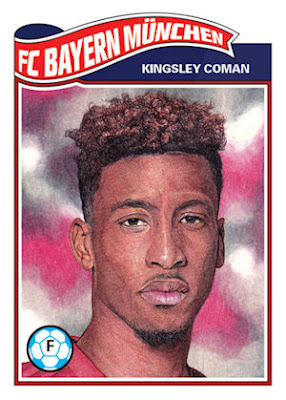 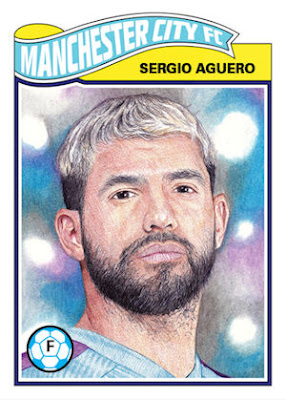 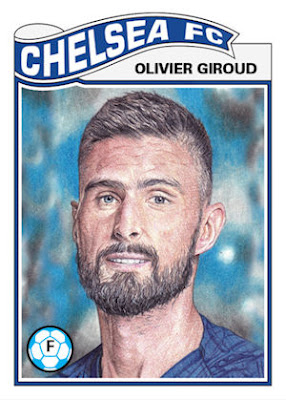 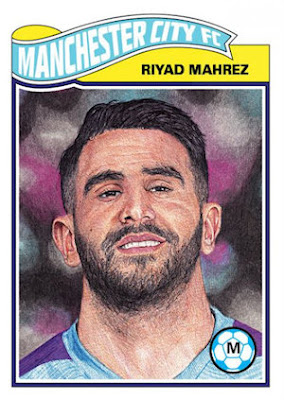 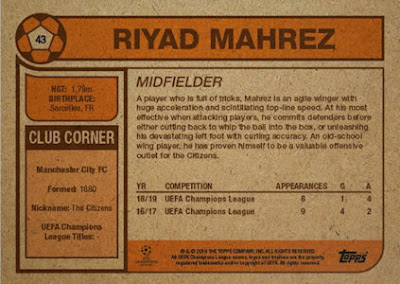 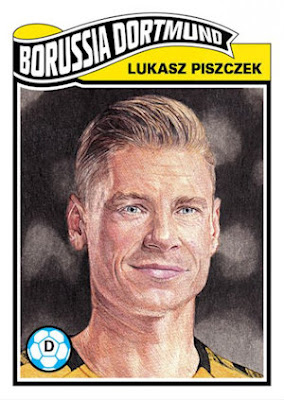 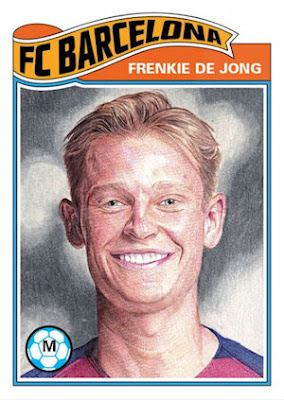 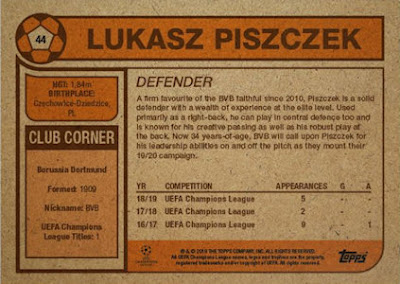 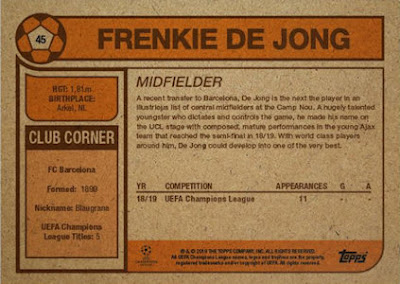 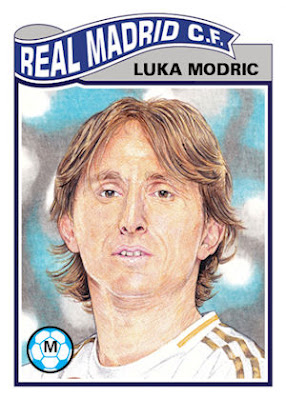 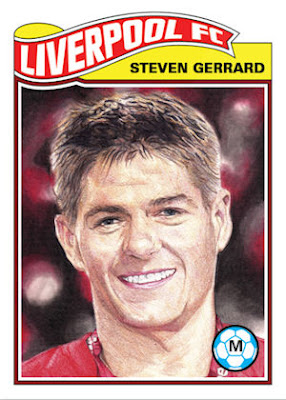 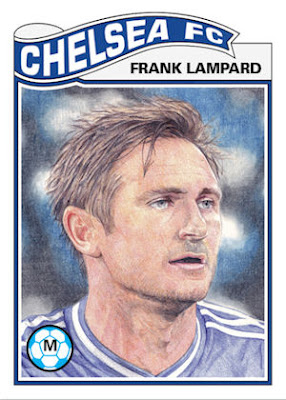 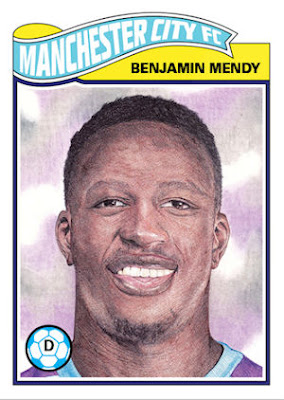 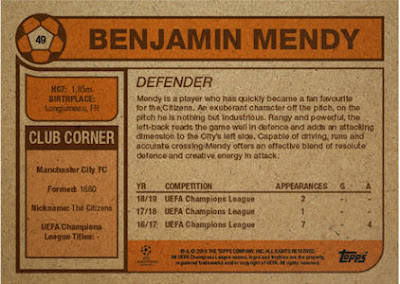 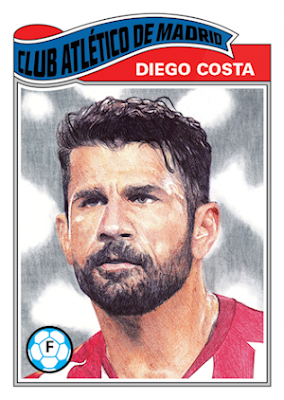 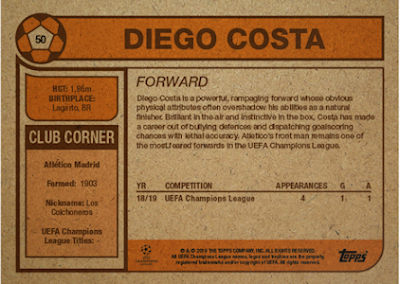 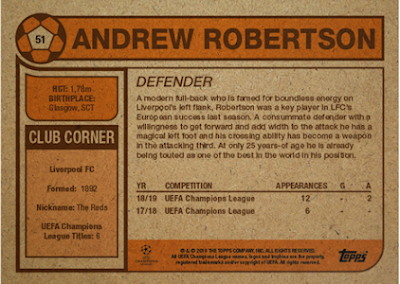 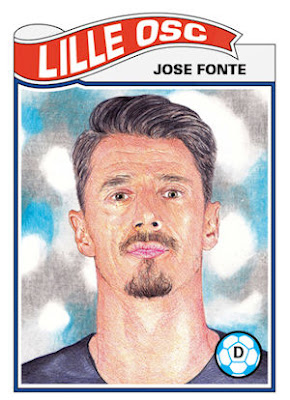 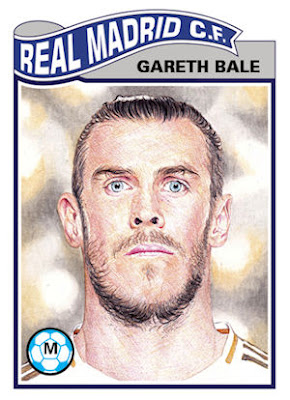 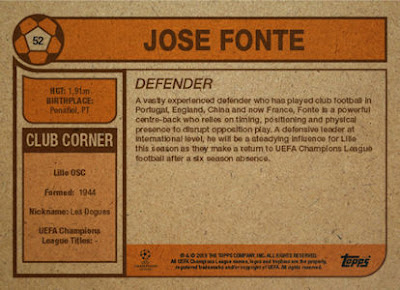 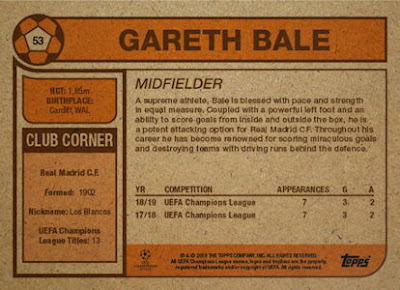 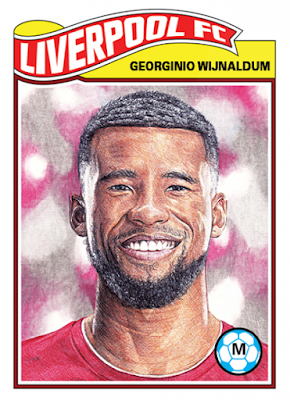 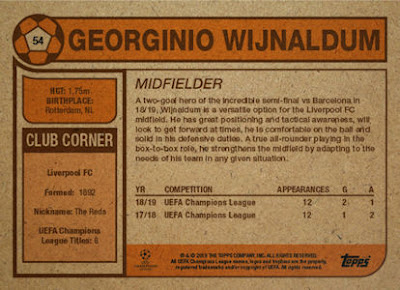 40.  Kingsley Coman (FC Bayern München)  -  Print run = 424
Blessed with unreal speed and a deft touch, Coman is a winger that no opposition full-back wants to see with the ball at his feet. A prodigal talent, he made his debut for French giants PSG and after loan spells with Bayern Münich and Juventus he signed permanently for the German club in 2017. There are very few players who could match the levels set by the departing Ribery and Robben, but with Coman’s exciting attacking style, pace and technical abilities, he looks the player to take up the mantle on either wing for Bayern.
41.  Sergio Agüero (Manchester City)  -  Print run = 448
Quite simply one of the greatest finishers to have ever played the game, Aguero terrorises defences with lethal accuracy. A low centre of gravity, pace and strength all allow him to operate in the tightest areas and given half a chance he will punish any opposition. Capable of generating huge power with very little back-lift in his striking foot, he has an uncanny ability to change the tightest of game in a heartbeat. If City do fulfil their potential and lift the title in 19/20, Aguero will undoubtedly be key to their success.
42.  Olivier Giroud (Chelsea)  -  Print run = 415
Giroud is a player with a proven scoring record at every level. Never the quickest of strikers, he relies on positioning, strength and instinctive finishing to bag himself goals. Now at the age of 32, he has vast experience which has made him supremely effective at laying off aerial balls and holding up play for his team-mates. His ability to find space in the box has not waned in the latter stages of his career and with a deadly left foot he remains a forward that would be effective in any team.
43.  Riyad Mahrez (Manchester City FC)  -  Print run = 384
44.  Lukasz Piszczek (Borussia Dortmund)  -  Print run = 390
45.  Frenkie De Jong (FC Barcelona)  -  Print run = 444
46.  Luka Modrić (Real Madrid CF)  -  Print run = 553
47.  Steven Gerrard (Liverpool FC)  -  Print run = 674
48.  Frank Lampard (Chelsea FC)  -  Print run = 541
49.  Benjamin Mendy (Manchester City FC)  -  Print run = 369
50.  Diego Costa (Club Atlético de Madrid)  -  Print run = 372
51.  Andrew Robertson (Liverpool FC)  -  Print run = 419
52.  Jose Fonte (Lille OSC)  -  Print run = 357
53.  Gareth Bale (Real Madrid CF)  -  Print run = 400
54.  Georginio Wijnaldum (Liverpool)  -  Print run = 406