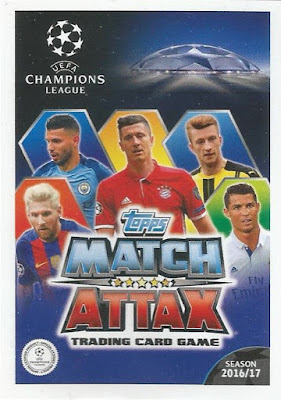 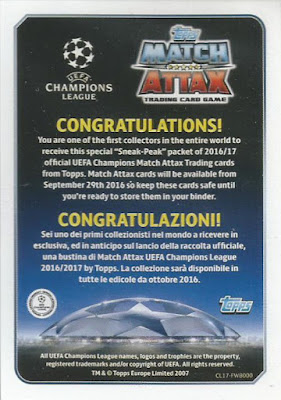 This Congratulations card can be found in the special Italian Sneak Preview Pack that is included with the January 2017 issue of Guerin Sportivo. Wila75 has provided the scans. The card is in English and Italian so it might be available in the United Kingdom next month, though the date on the card states the collection is released on 29 September, 2016!!! Though the date is only in the English part, not the Italian one. The packet also includes the Giorgio Chiellini card with the Topps logo in the top left-hand corner.