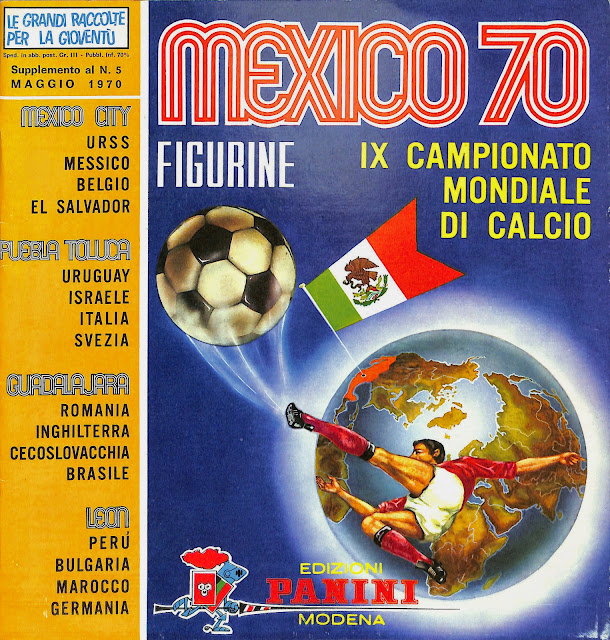 I have been sent details about how to identify fake Mexico 70 albums that are currently being offered for sale.

There is a counterfeit / reprint / reproduction / replica of Panini's Mexico 70 World Cup album that has appeared on eBay. Some sellers have been working to either sell these as authentic or have sold them without pointing out that they are a reprint. From my research, here is how you can distinguish the reprint from the authentic original album.

Here is a picture of the reprint album - as you can see, it looks almost identical to the real album and is very deceptive: 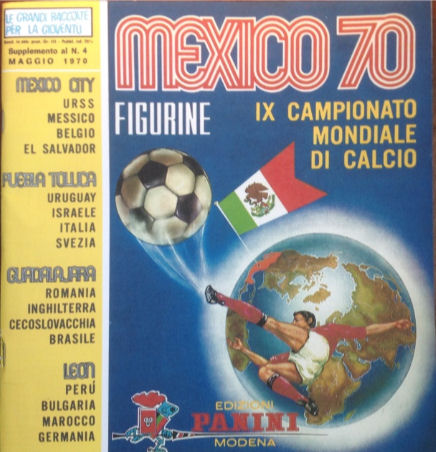 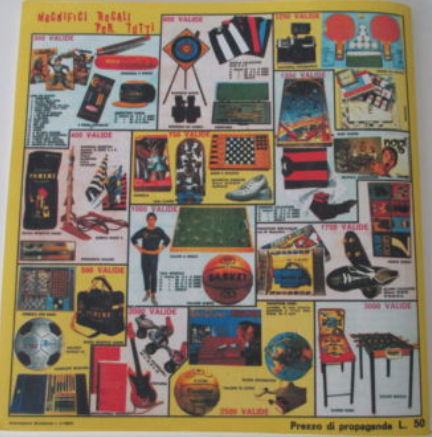 1) The biggest key to telling the difference between the forgery / fake album and the authentic album is the month and number on the album. The reprint album was issued in May 1970 but is listed as #4, whereas on the real album it lists April 1970 #4 or May 1970 #5.

2) Additionally, the logo on the album's front cover of the reprint is slightly different. The 3 slats of the knights helmet are more crisp on the reprint and the plume on top of the helmet has a dark black outline on the reprint and is missing some red in the plume, but the authentic doesn't have as dark of an outline and is completely red.

However, you can easily tell these cards from authentic cards by the following:

1) The blue color on front is too dark compared to the other cards - see the authentic versions of Pele cards with different backs compared to the reprint red/blue insert. Also, the font for the name Pele is too thick and heavy. 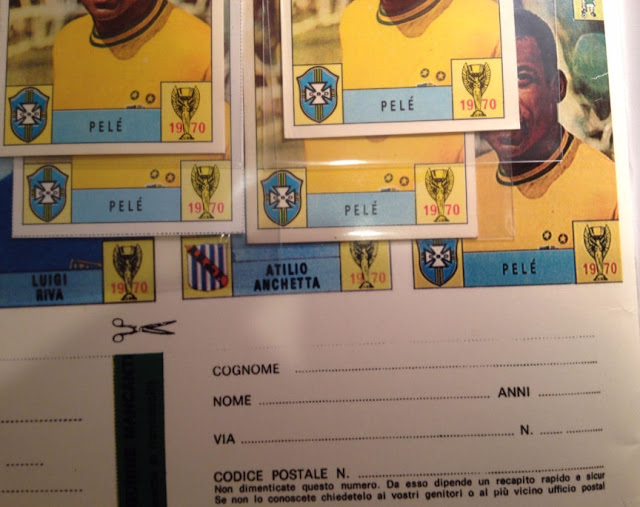 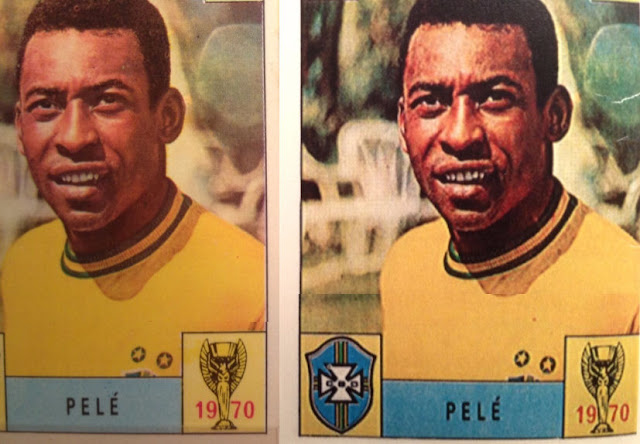 2) The blue text on back is too dark (the image on the left is the reprint album card and the card on the right is an authentic red/blue back card). The blue text on the fake card also has a little hue of red ink that was used in its printing, whereas the real card is a straight light blue. 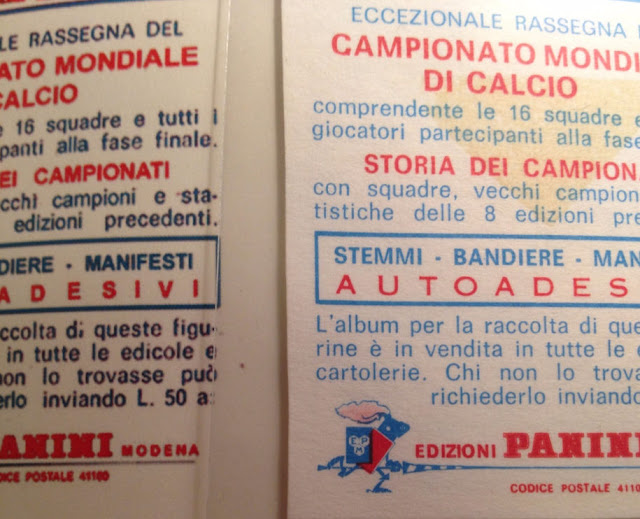 5) The font on back is wrong - compare the word "Autodesivi"; between the fake uncut version on the left and the other two real cards (red/blue & green version) on the right - they are completely different font size and weights 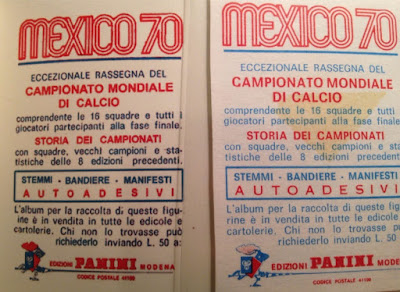 Lastly, the album also contains some reprint cards with the green back. When compared with the authentic cards, these cards are easy to spot as they also have the same wrong font (the cards on the far right and far left are the reprint. The red/blue on the left is also a reprint.

Hopefully this information will save some people the headache of purchasing a counterfeit Mexico 70 album. The above are all my observations and I'd love to know if anyone has additional information on how to tell reprints versus original albums.