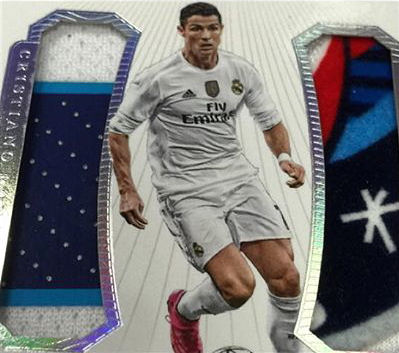 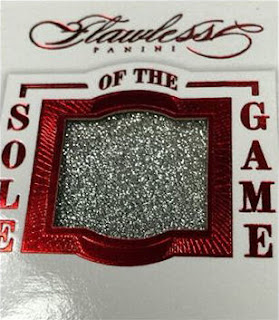 Three images provided by Panini. This collection is going to be the best ever, surpassing anything that's gone before. Cards will have on-card autographs!!
The Cristiano Ronaldo jersey is the one he wore when playing for Portugal against Albania on 7 September, 2015.
The Guillermo Ochoa 1 of 1 comes from his glove shown in an earlier post. See the link below.
Mark Warsop from Panini America confirmed that Flawless Soccer will appear later this year, though no definite release date was provided. He was speaking during a Panini America presentation at the 2016 Industry Summit being held at the Royal Hawaiian Hotel on Waikiki Beach.