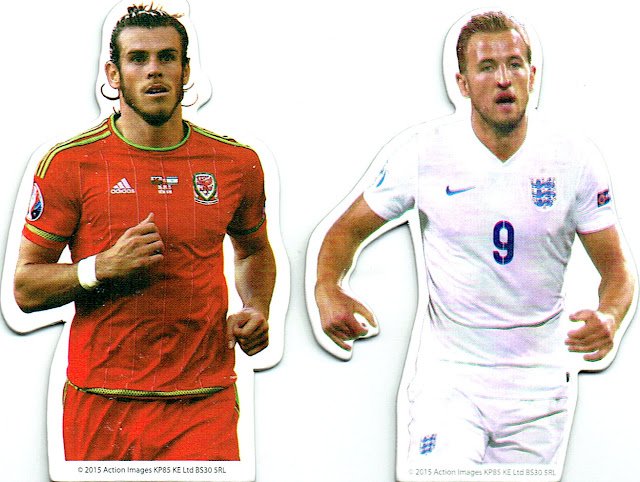 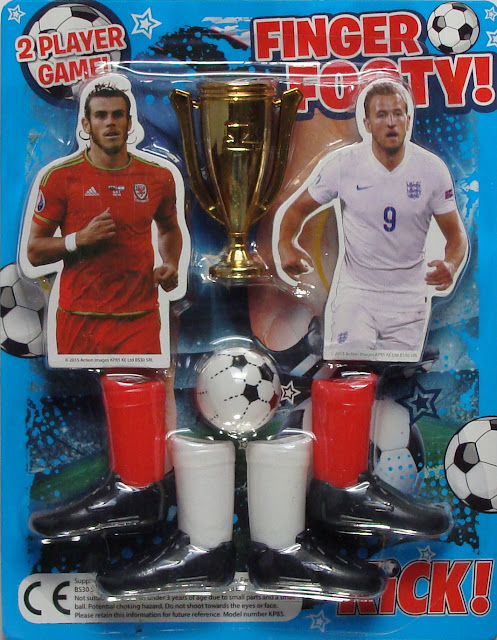 Amongst the free gifts with issue no. 127 of Kick! magazine, which is currently on sale, is yet another version of the Finger Footy game. Two die-cut cardboard footballers. The magazine also includes a pack of 5 Match Attax cards, a packet of Merlin 2016 Premier League stickers, a sheet of small stickers and a pair of Kick! sock ties.