The Illustrated War News - V.C. Heroes of the Great War 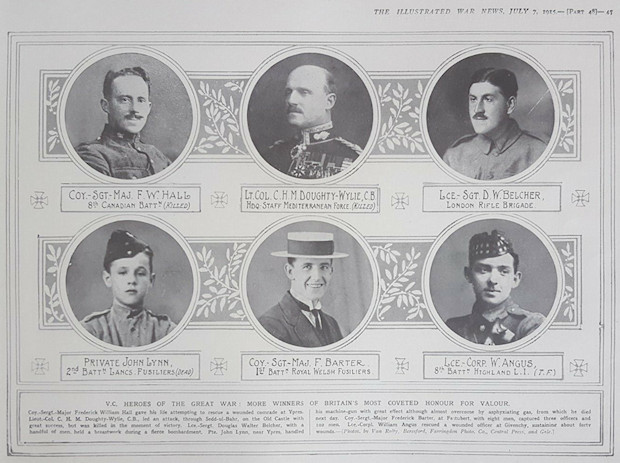 1915
V.C. Heroes of the Great War
The Illustrated War News
1 print
This print comes from the 7 July, 1915 issue of The Illustrated War News and shows Lce.-Corp. W. Angus at bottom right. He has featured on my blog a number of times, having been included on a number Victoria Cross Heroes cigarette cards. Before the war he played a couple of games for Vale of Leven while on loan from Celtic. He was badly injured during the action that led to the award and after being presented with his medal by King George V, the injured Angus returned to Scotland a National Hero and was presented to packed attendances at Parkhead (Glasgow Celtic) and Ibrox Park (Glasgow Rangers) receiving standing ovations at each stadium.
Lce.-Corp. W. Angus
Posted by Alan Jenkins at 09:30:00