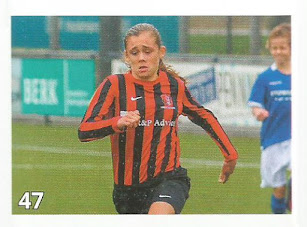 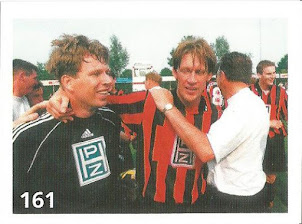 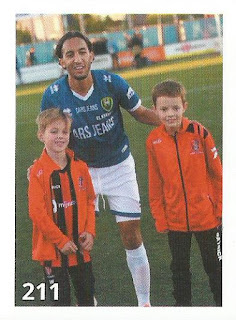 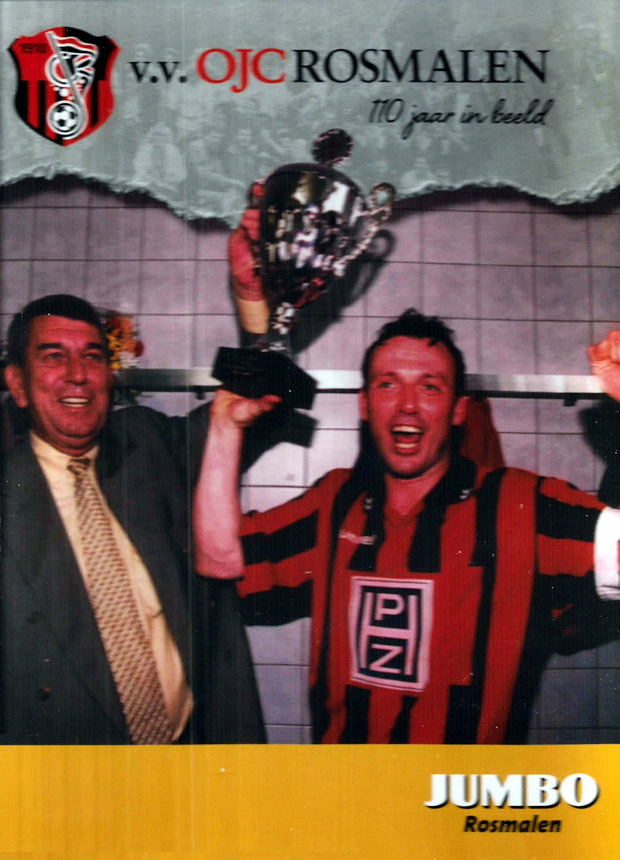 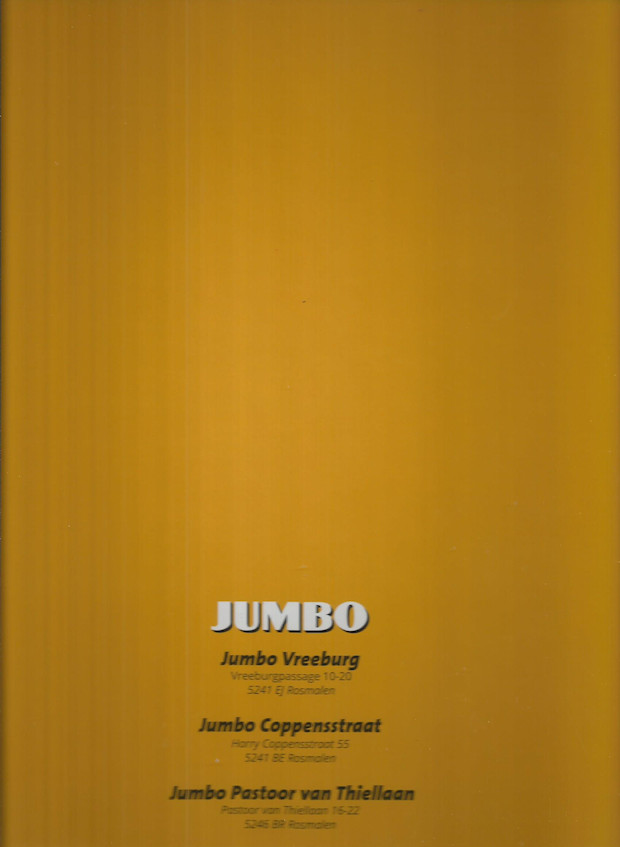 2020-21
OJC Rosmalen ~ 110 jaar in beeld
Jumbo Supermarkten
Netherlands
396 stickers
Another one-club collection available through Jumbo supermarkets in the Rosmalen area of the Netherlands. They play in the Hoofdklasse Sunday A, the fifth tier of football and are the largest amateur club in the country. Thanks to Wila75 for all the information and the scans of the album cover and some of the stickers. No checklist but he has provided some information about the stickers shown above.
46. Joëlle Smits
Currently playing for the women’s team of PSV Eindhoven (and 2-time international) and next season will be playing for VfL Wolfsburg. She played from 2006 to 2014 with OJC Rosmalen.
161. Marcel Brands
Currently director of football at Everton F.C. He ended his career at OJC Rosmalen in 1997-98.
218. Abdenasser El Khayati
Currently playing for ADO Den Haag, but he was also at Burton Albion (2015-2016) and Queen’s Park Rangers (2016-2017). Here he poses after the first round match in the TOTO KNVB Beker on 26-09-2018 between OJC Rosmalen and ADO Den Haag. Final score  0-6.
Posted by Alan Jenkins at 14:00:00