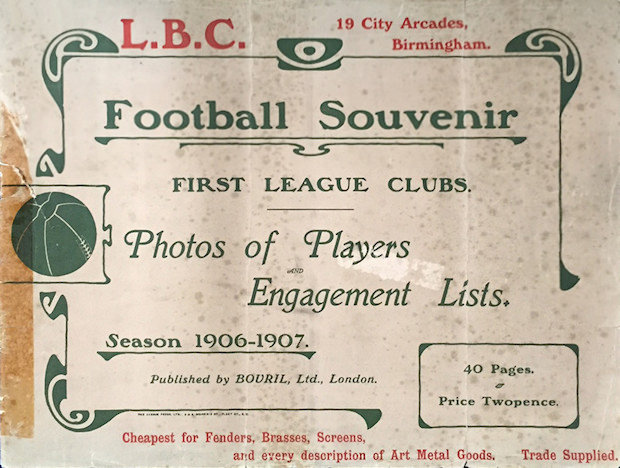 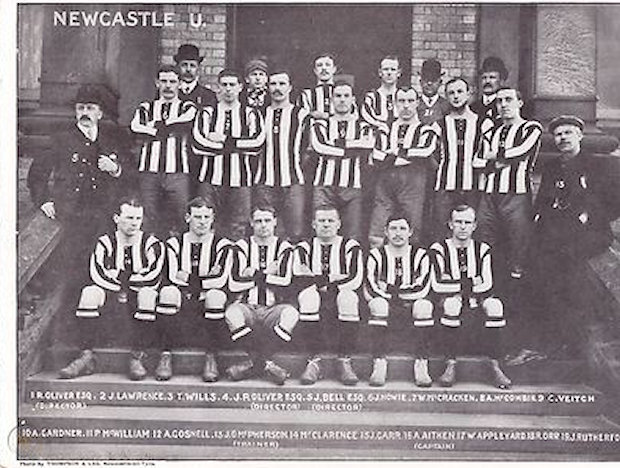 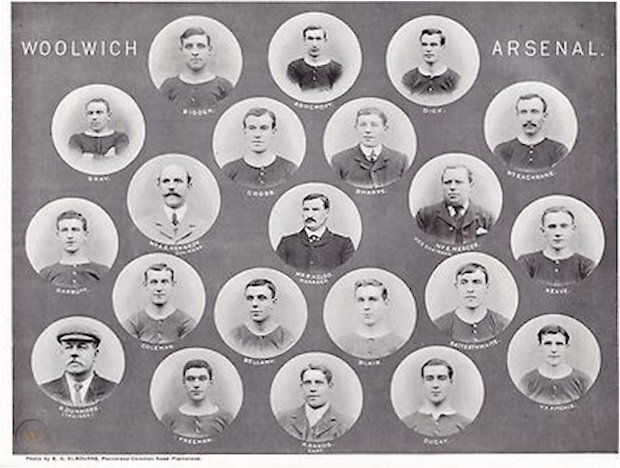 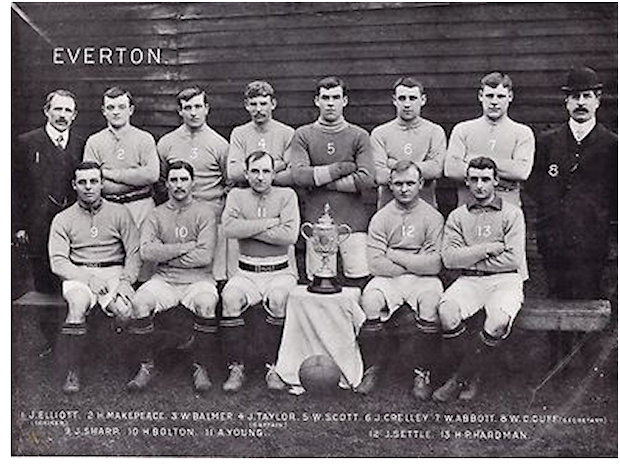 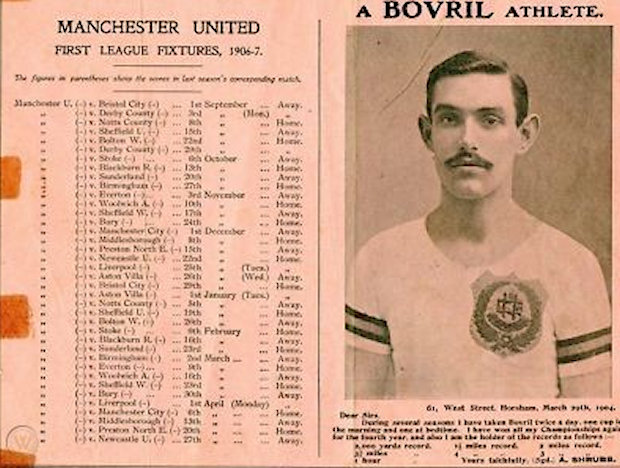 1906-07
Football Souvenir First League Clubs Photos Of Players And Engagement Lists Season 1906-1907
Bovril Ltd.
1 booklet
A 40 page booklet (11¼" X 8½") with photographs of all the teams in the First Division for the 1906-07 season, though I don't think it really fits in this blog and it's priced at two pence, rather than being given as a free gift or a redemption. I think it's quite unusual though and I have featured similar items in the past, like the Golden Penny albums from the same period. The photographs appear on the left-hand page with the teams' fixture list on the right-hand page.
Aston Villa
Birmingham
Blackburn Rovers
Bolton Wanderers
Bristol City
Bury
Derby County
Everton
Liverpool
Manchester City
Manchester United
Middlesbrough
Newcastle United
Notts County
Preston North End
Sheffield United
Sheffield Wednesday
Stoke
Sunderland
Woolwich Arsenal
Posted by Alan Jenkins at 19:00:00