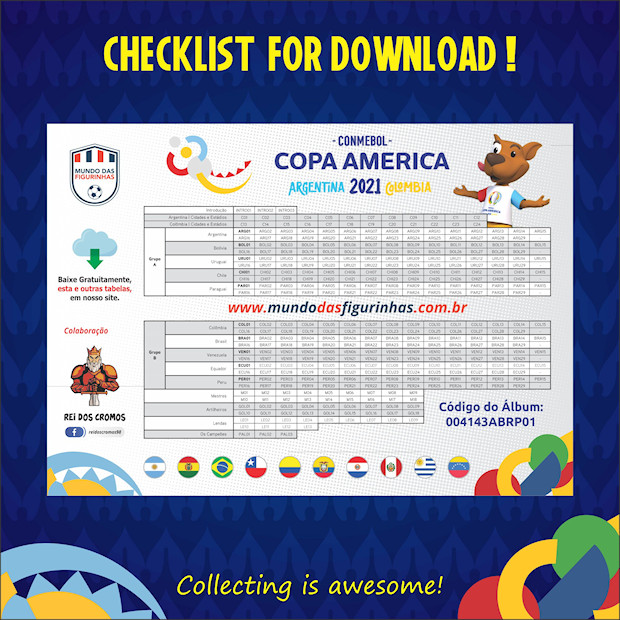 2020
CONMEBOL Copa America 2021 Argentina / Colombia Preview
Panini
Brazil
400 stickers
The tournament gets underway tomorrow despite all the problem caused by the pandemic. Colombia were removed as joint-hosts and a little while later Argentina suffered the same fate. There was plenty of speculation about where the tournament could be held, with Mexico and the USA suggested as possibilities, though CONMEBOL eventually decided on Brazil, but that was only ratified a couple of days ago by the Brazilian Supreme Court. Elias Patrick Jr. has provided a checklist chart that can be downloaded and used keep a check on the stickers you have and the ones you still need. His website can be found here - Mundo das Figurinhas. Clicking on this link will automatically download the PDF file - https://mundodasfigurinhas.com.br/checklist-copa-america-2021-fcie.
Posted by Alan Jenkins at 12:30:00