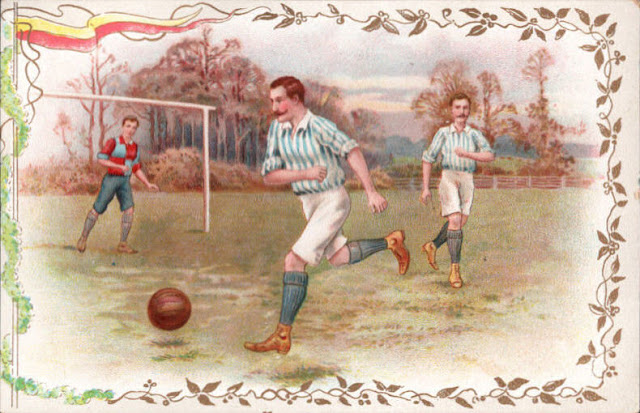 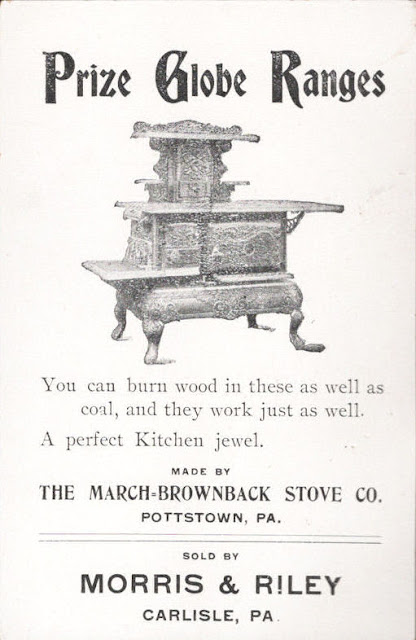 A very rare card depicting an untitled football scene, issued in the United States and measuring 5¼" x 3½".
The football scene might be familiar to postcard collectors in the United Kingdom, similar scenes can be found with titles such as "With Sincere Wishes" and "To my Love". The different series can be distinguished by the border design. The football scene includes goal nets - the first ever goal net was used in 1891 in a North v South fixture. The following year the use of goal nets was added to the Rules of the Game, which dates the image to no earlier than 1892.