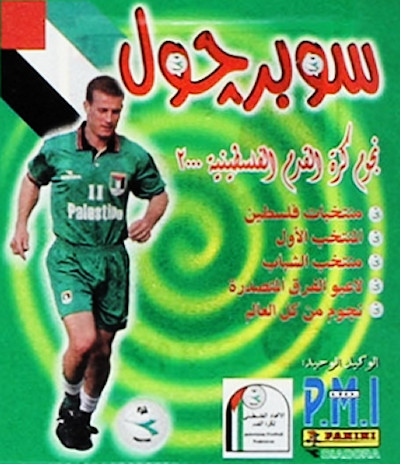 2000
Supergoal ~ Palestine's Football Stars 2000
Panini / P.M.I.
Palestine
? stickers
An interesting Panini album, issued in Palestine. I don't know what the title of the album is or when it was issued. The P.M.I. logo can be seen above the Panini one and they have been involved in producing Panini's Israeli albums in recent years.
UPDATE (04-05-2021 13:19):  The title has been updated thanks to a comment from Pei Israel, who thinks this might not be an official Panini release.
Posted by Alan Jenkins at 11:00:00