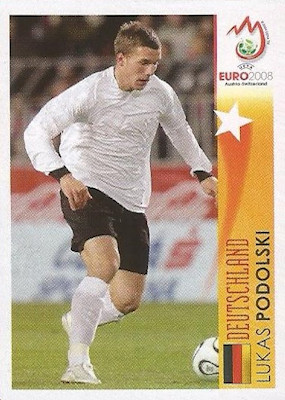 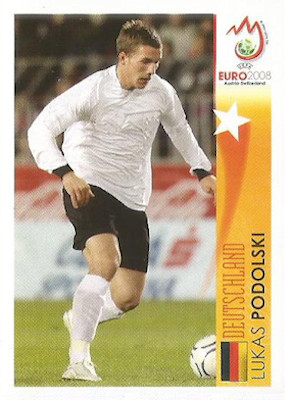 2008
UEFA Euro 2008 Austria-Switzerland
Panini / Nestle Cereals
24 stickers known
Wila75 has provided scans of two versions of the Lukas Podolski sticker - the numbered (on the left) and the unnumbered (on the right)- showing the difference in the two. Wila75 has also provided enlarged images of the ball from both stickers.
506.  Lukas Podolski (Germany) - In action  -  Adidas Teamgeist World Cup 2006 ball
NNO.  Lukas Podolski (Germany) - In action  -  different ball
Posted by Alan Jenkins at 15:30:00