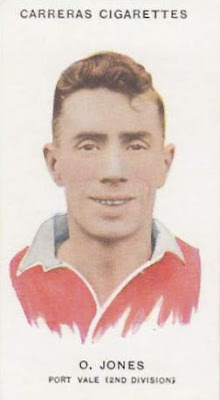 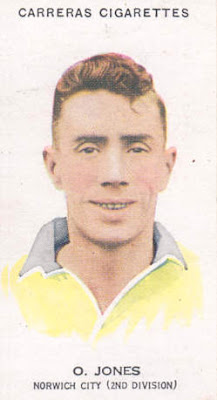 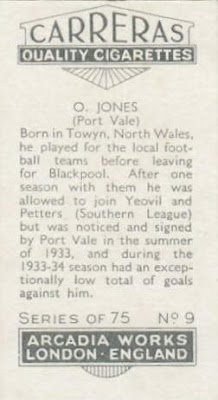 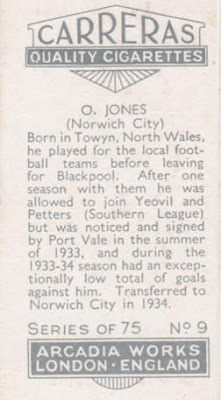 1934
Footballers
Carreras Ltd.
75 cards
The cards shown about are true variations as they show two different versions of the card from the earlier  series. I was unaware of the Norwich City card until Tor Henrik von der Ohe provided a scan. The back of the card has an additional sentence to the Port Vale version, referring to his transfer to Norwich City.
Footballers (Small type)
Footballers (Large type)
Footballers (Large type) - plain backs
9.  O. Jones (Port Vale)  -  small type  -  image is Roger Jones
9.  O. Jones (Norwich City)  -  small type  -  image is Roger Jones
Posted by Alan Jenkins at 15:30:00