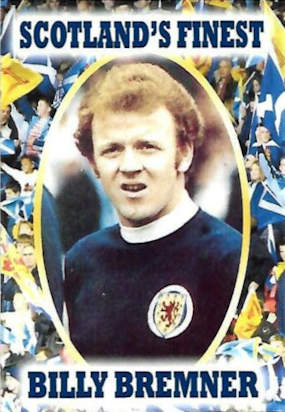 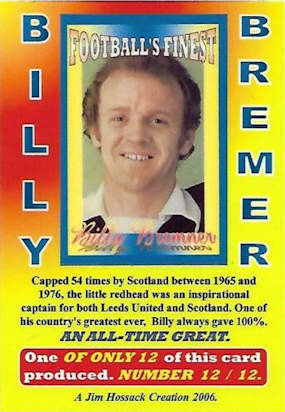 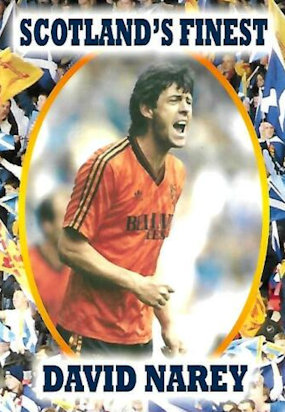 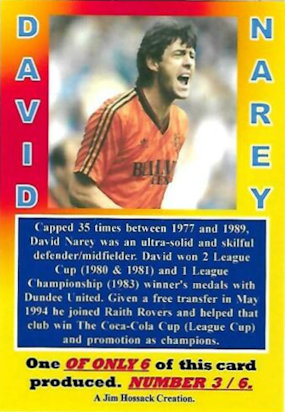 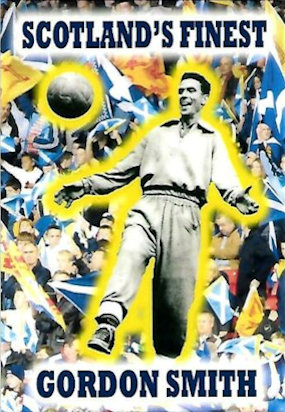 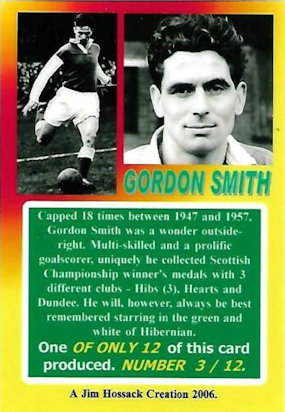 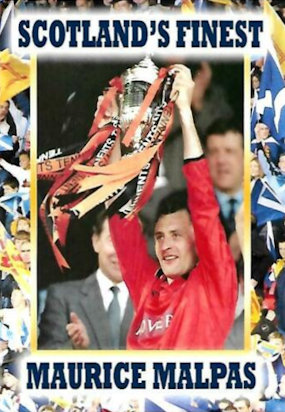 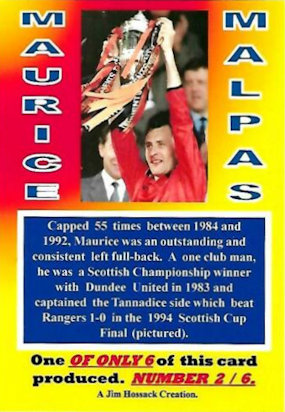 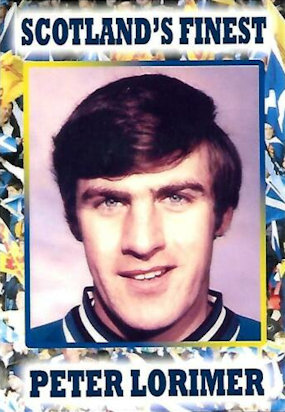 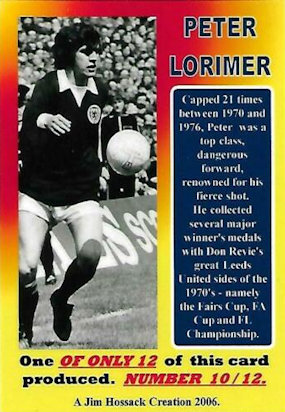 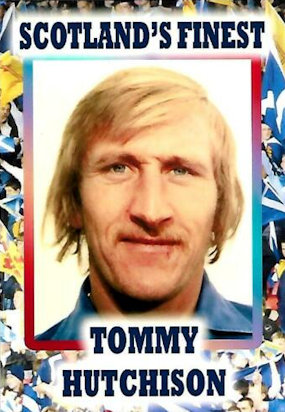 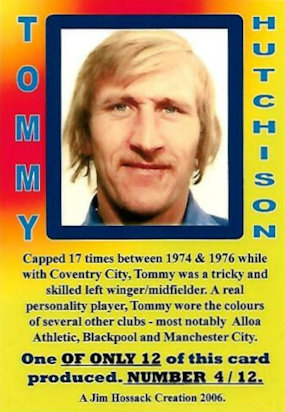 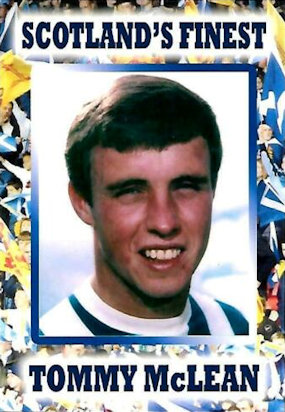 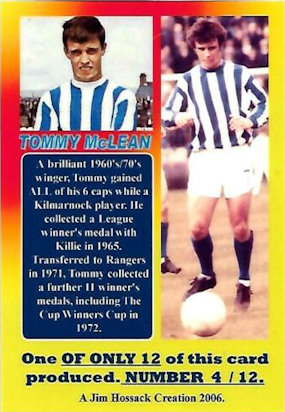 2000s
Scotland's Finest
Jim Hossack
? cards
Back in the late 1990's Jim Hossack started producing his own limited edition football cards, of the highest quality. The cards were very colourful and produced using thick card, much thicker than other cards of that time. All the cards were produced in low numbers, often no more than 6 or 12 cards. The cards are unnumbered so compiling a complete checklist is not possible, though the cards were issued in a number of different series. Over the years I added illustrations of over 600 cards to my database and I thought it was about time I started to display some of these.
Billy Bremner  #/12
David Neary  #/6
Gordon Smith  #/12
Maurice Maplas  #/6
Peter Lorimer  #/12
Tommy Hutchinson  #/12
Tommy McLean  #/12
Posted by Alan Jenkins at 12:30:00