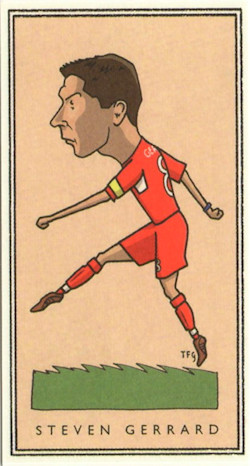 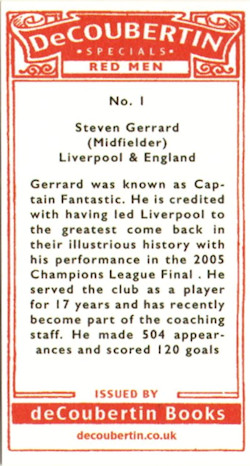 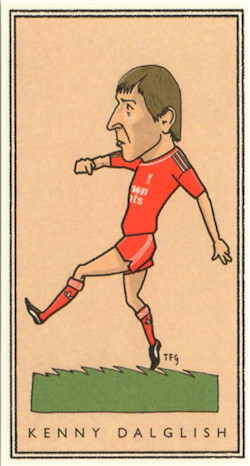 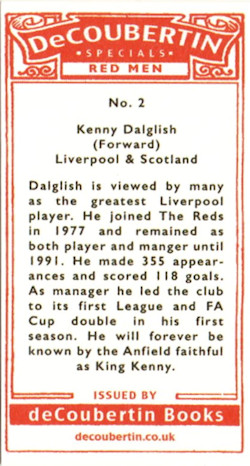 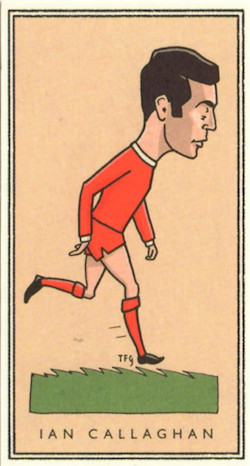 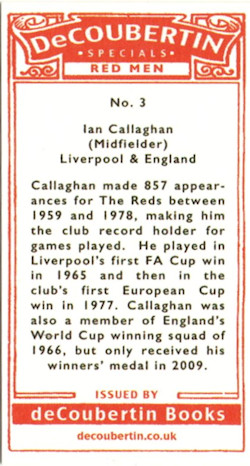 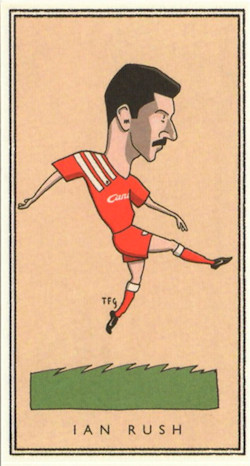 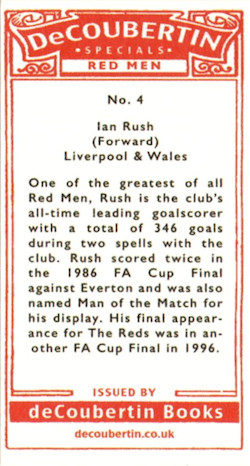 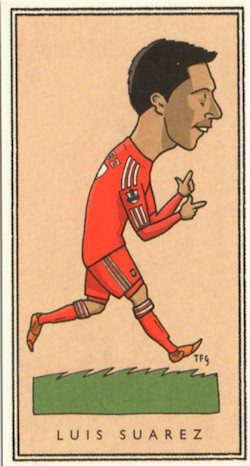 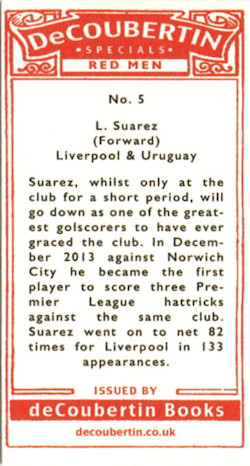 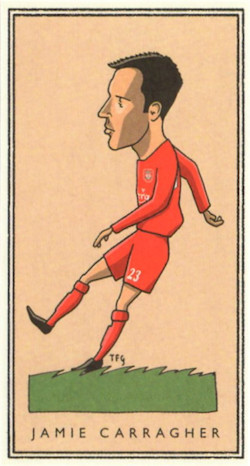 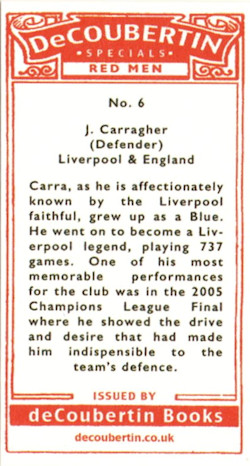 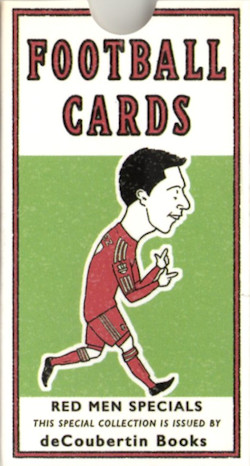 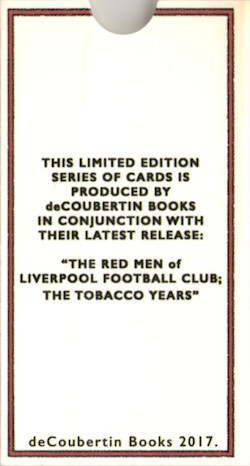 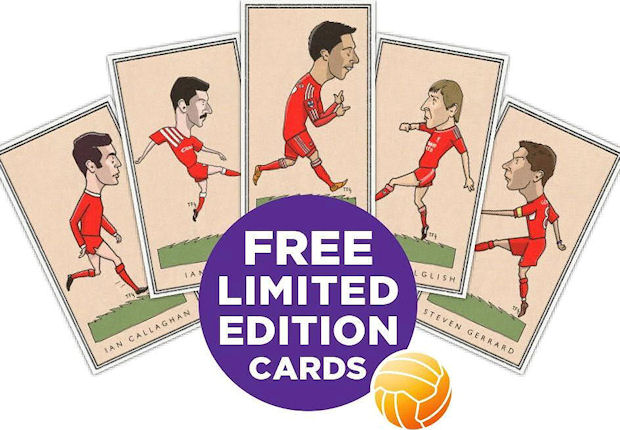 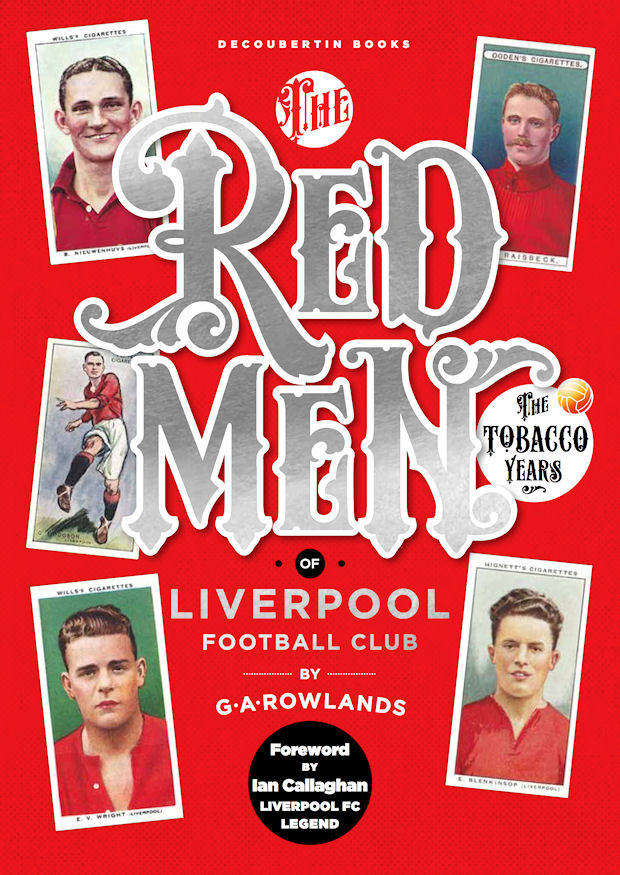 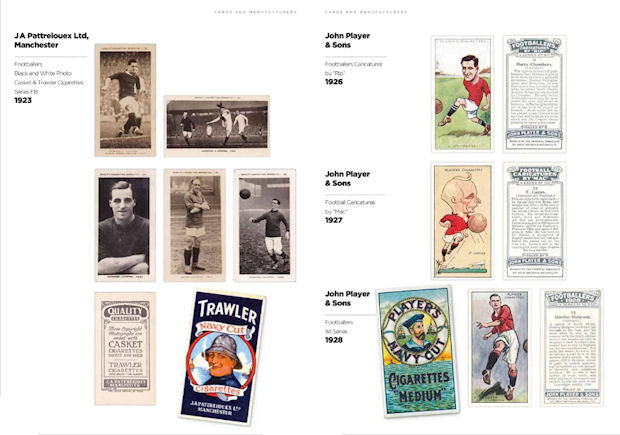 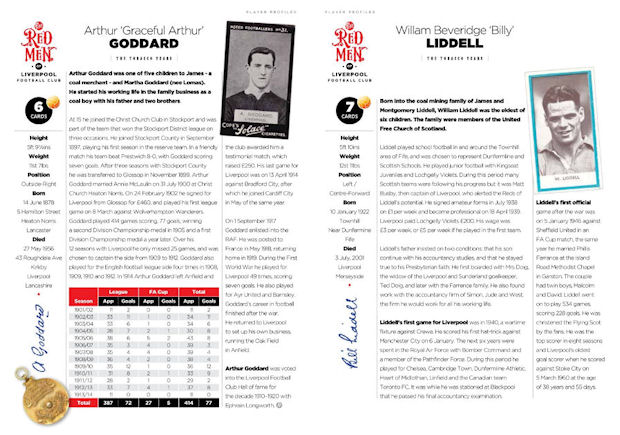 The image shown in the previous post is not how the issued cards actually look, so here are some more pictures. The cards are distributed in a tuck box with the image of Luis Suarez on the front. The book costs £14.99 and can be ordered directly from the publishers - deCoubertin Books.
UPDATE (13-03-2021 23:26):  Roger Pashby has provided scans of all the cards and the tuck box they are distributed in.


Books displaying football cigarette cards turn up from time to time - Arsenal, Aston Villa, Everton, Huddersfield Town, Nottingham Forest are just some of the teams that have had their cartophilic output recorded for posterity. But George Rowlands' Red Men of Liverpool sets a new standard for these types of books. Lavishly illustrated in full colour, or more correctly, where a card has been issued in colour it is shown in colour. The cards are displayed in chronological order within each issuing company and these are listed alphabetically.

We start with Ardath Tobacco and work through the alphabet until we finish up at W.D. & H.O. Wills. Each set is identified and additional information is added where necessary. Some sets might only have one Liverpool to display, the author has included images of the cigarette packets, which is a nice touch as I have never seen many of the ones appearing in the book.

The Field Favorites card of D. McLean is one of the earliest to show a footballer, and the author even gives us a possible insight into how the card was so named. The book also includes card variations like Cope Bros' "Clips" Cigarettes Noted Footballers, where all the cards are shown with light blue fronts and darker blue fronts.

Most cigarette cards were issued before the Second World War so I was pleasantly surprised to see the few post-war sets featured in the book even though they're not cigarette cards in the true sense of the word, as they were printed on the backs of the packets or on the cardboard slides. The "Sports" package issues of Godfrey Phillips are shown in full, which is the only way to collect these items, many are cut down to cigarette card size but they don't have the same appeal.

99% of all Liverpool cigarette cards are featured in the book and include some very rare cards. Those cards not included are so rare that the author has been unable to track down copies for inclusion in this encyclopaedic tome. A very handy checklist identifies the missing cards. If these missing cards eventually surface perhaps the author or publisher will provide some sort of online addendum. We are missing cards like the A.G. Raisbeck card from R&J Hill's Football Captain series issued in 1906 and the D.& J. Macdonald's "Tontine" Cigarettes team photo from 1902.

The second half of the book provides information about more than seventy players who feature on cigarette cards. There's a short biography to go along with information about where each one was born and died. There's also a chart showing League and F.A. Cup appearances by season whilst at Anfield. One extra touch is the players' autographs have been included in the sidebar.

A superb book that will set the standard for anyone wishing to compile similar works on their own club’s cigarette cards. I've already made a start at doing something similar for my club using George Rowlands' example as a template.