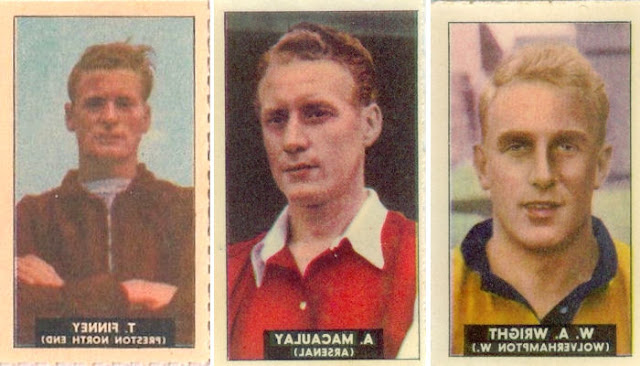 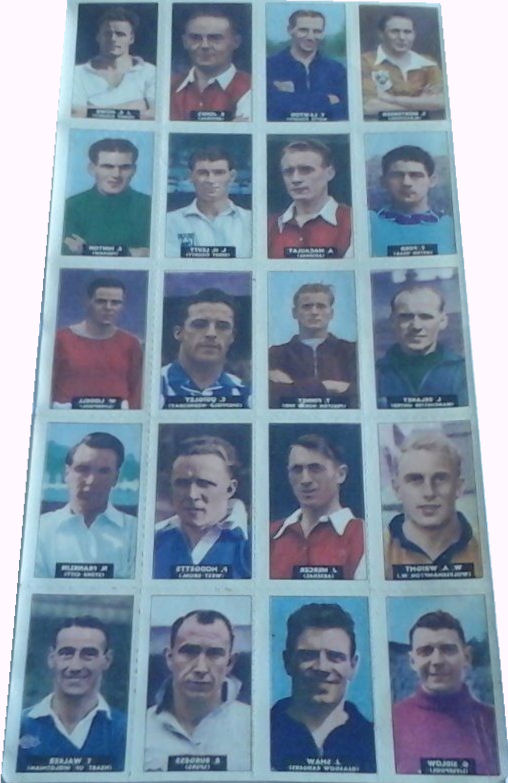 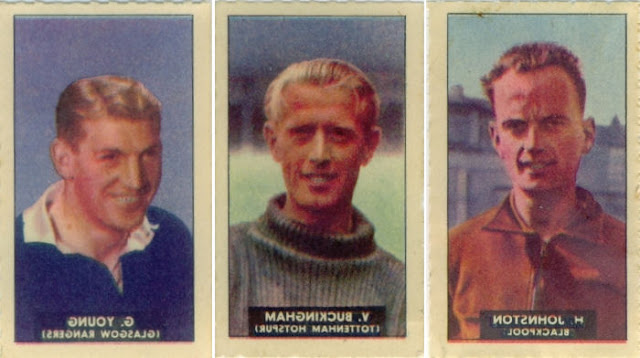 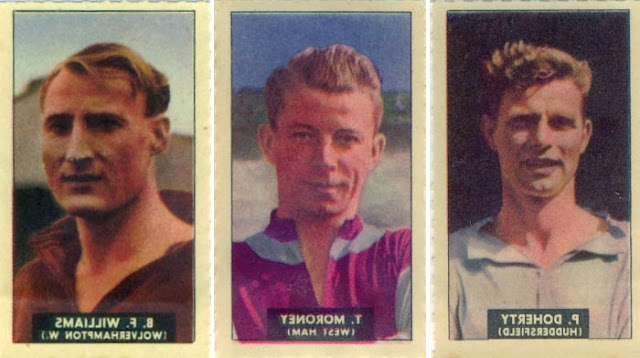 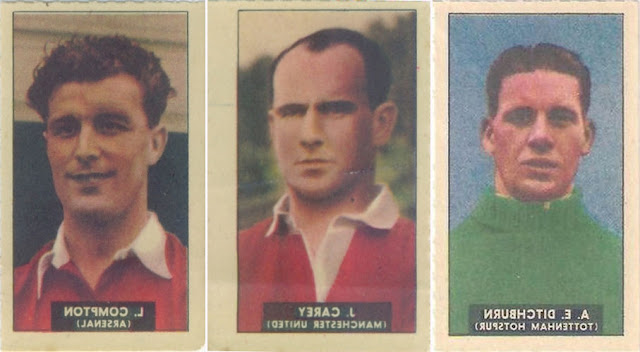 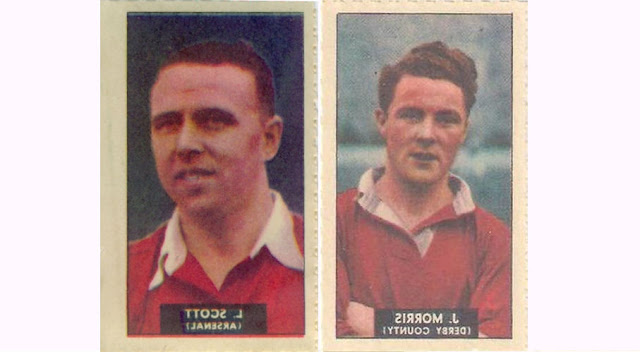 Earlier today I added checklists for two sheets of Famous Cricketers transfer produced by WHC Ltd., which can be seen here - Barratt & Co. / WHC Ltd. - (BAR-290) Famous Cricketers (Transfers). The similarity between the cricketers and footballers suggest that WHC also created the footballers. This has been confirmed by Roger Pashby who contacted the vendor selling the sheet shown here on eBay and he confirmed that it was made by WHC. The first three pictures show better quality images of transfers that appear in the full sheet. The last nine pictures come from a another sheet. I have another 26 names so it's possible that there may be as many as three different sheets.