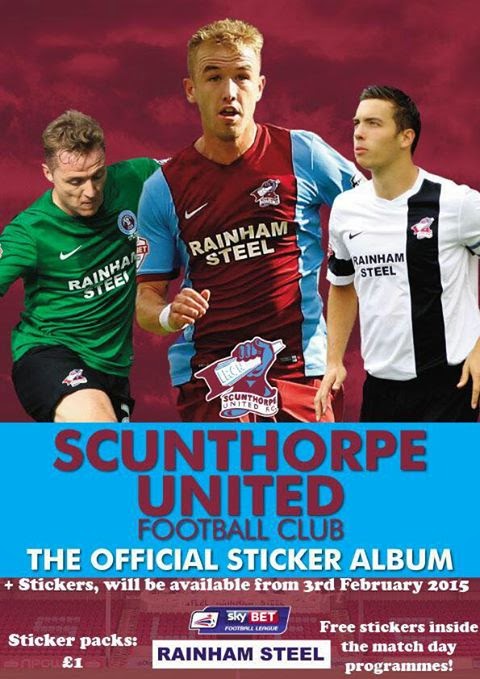 Just announced on their Twitter feed and due for release on 3 February, Scuntorpe United's own sticker album. Stickers will be available in packets in the club shop and will also be included in the matchday programme.