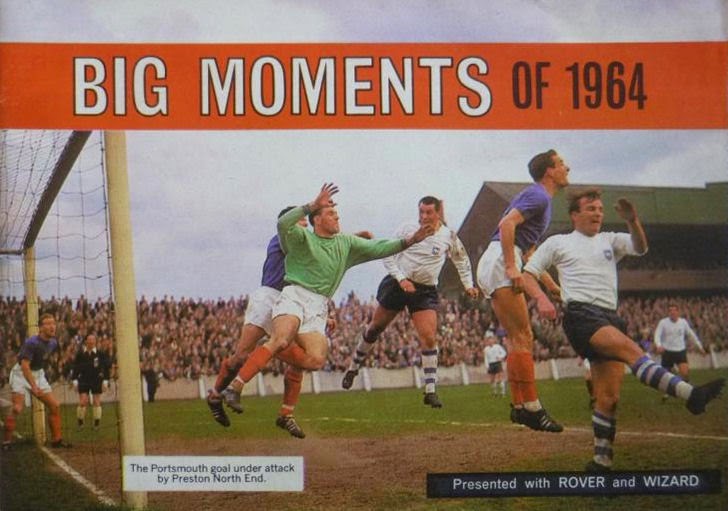 This 20 page booklet was given away with the 7 November, 1964 issue of Rover & Wizard. Although the comic was dated on the cover, they weren't numbered. The front cover of the booklet shows action from a Portsmouth v Preston North End game, but I don't have a complete list of all the photos in this booklet. This was the last free gift from the Rover comic for almost seven years.
UPDATE (18-05-2021 17:37):  Trevor Cotterell has provided a list of all the titles in the booklet.