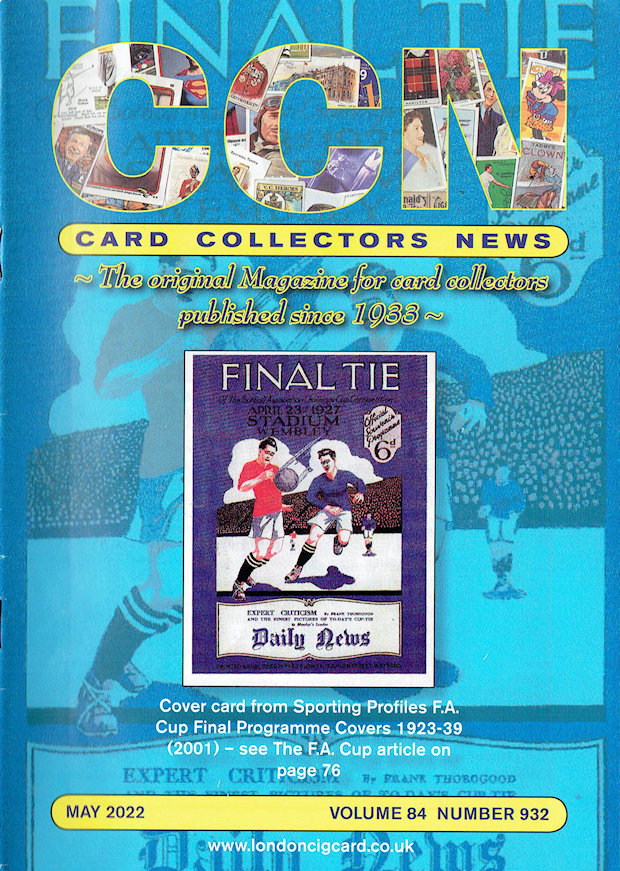 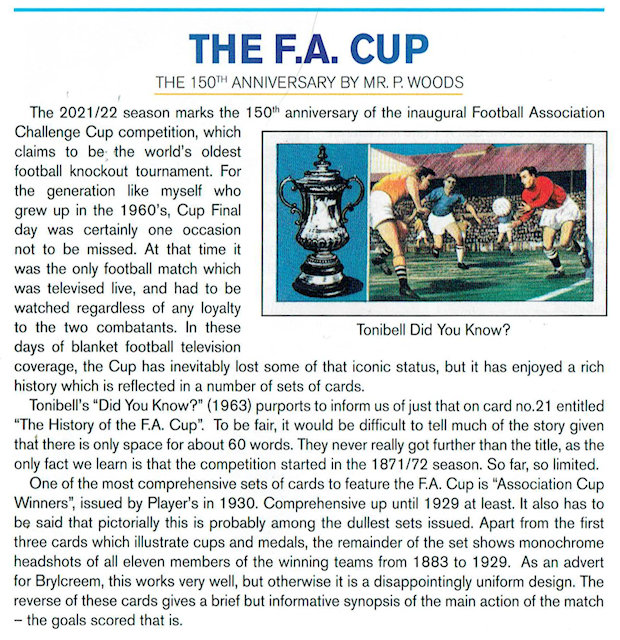 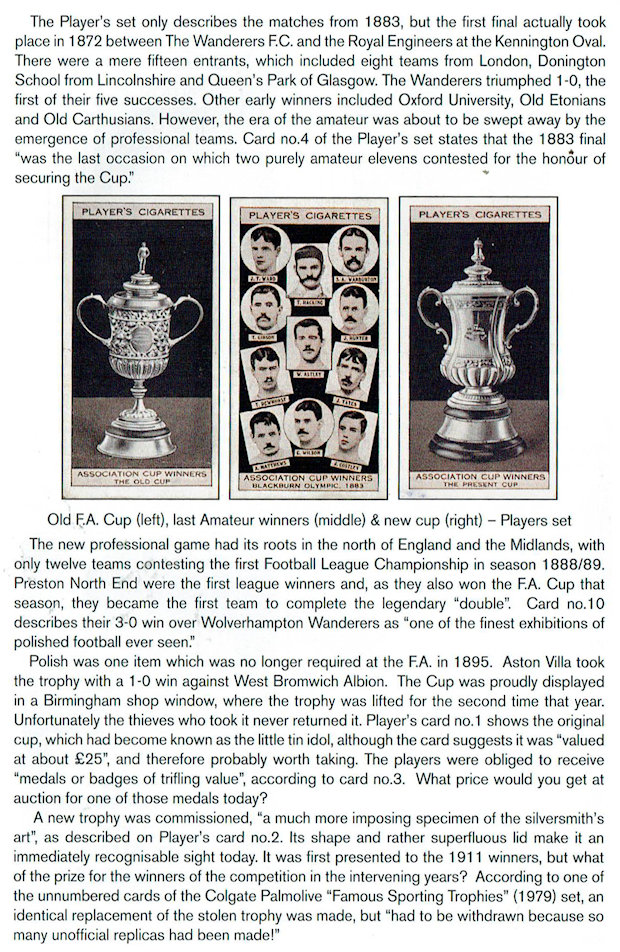 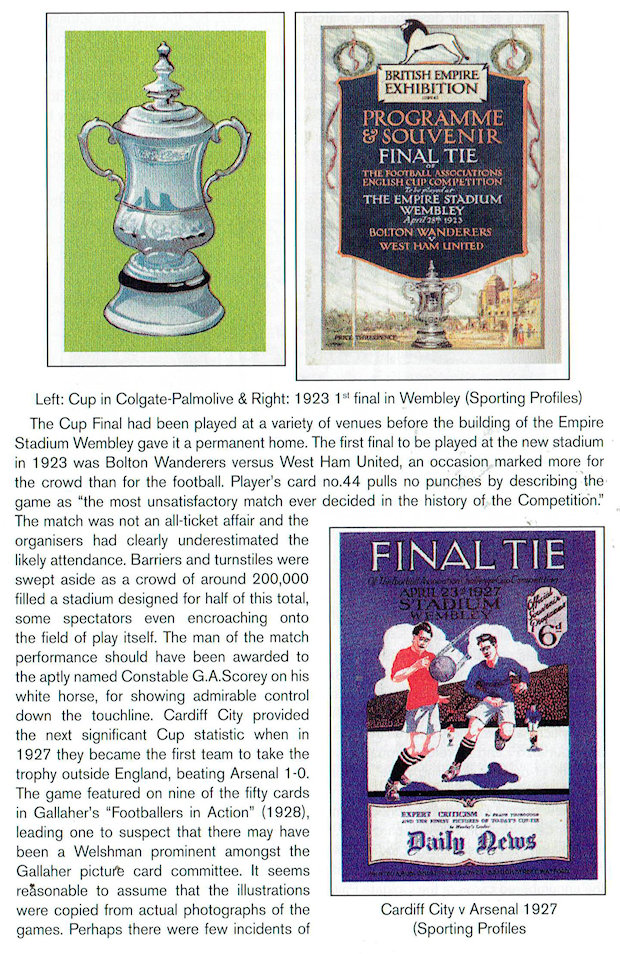 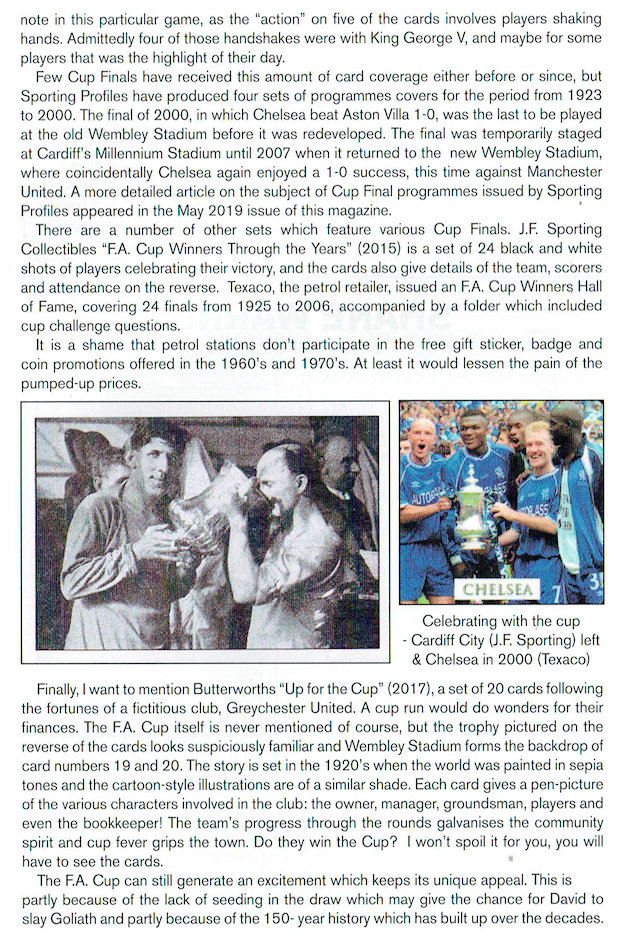 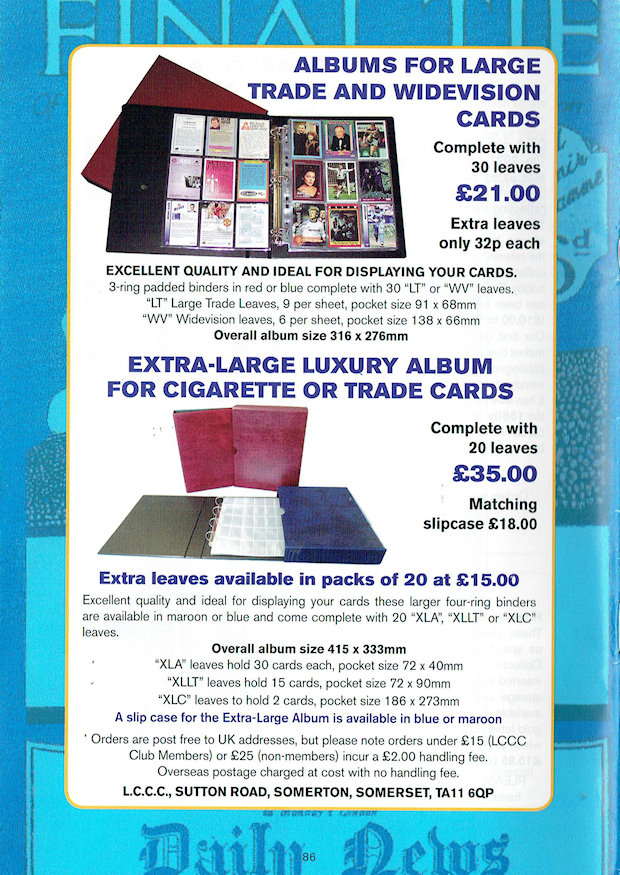 2001
F.A. Cup Final Programme Covers
Sporting Profiles
17 cards
This season is the 150th anniversary of the F.A. Cup, originally referred to as the English Cup. This season's final takes place today, with Liverpool playing Chelsea at Wembley Stadium. In recognition of this event, the current issue of Card Collectors News (Volume 84, Number 923), published by the London Cigarette Card Co., includes a four-page article on the tournament, written by Mr. P. Woods, illustrated with various cards issued down the years. The cover of the magazine shows the 1927 F.A. Cup Final Programme Cover card issued by Sporting Profiles and also uses the cover of the programme from that game between Cardiff City and Arsenal as the backdrop. Thanks to John Levitt for providing scans of the article.
Posted by Alan Jenkins at 12:00:00