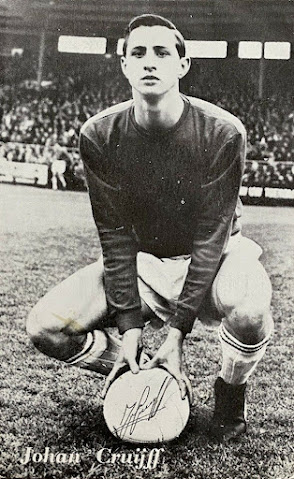 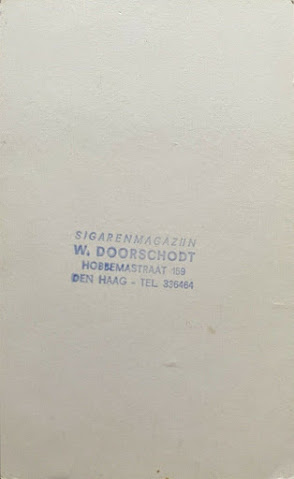 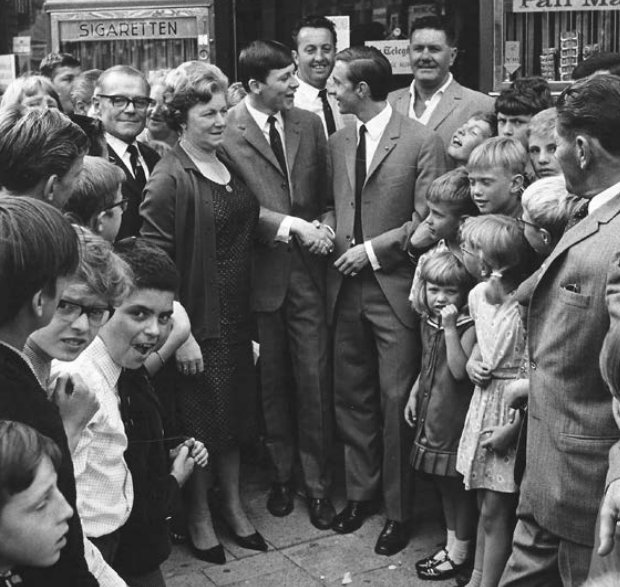 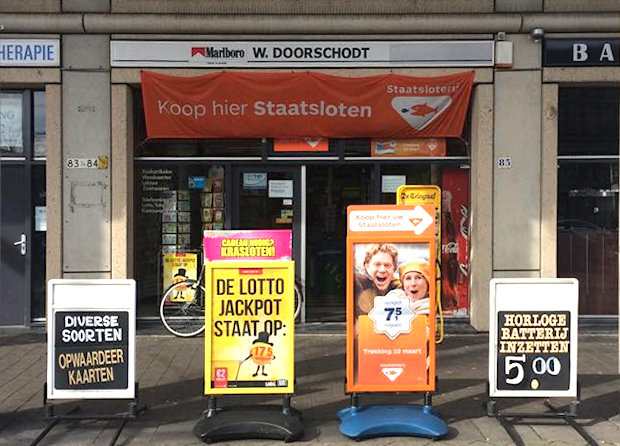 1967
Johan Cruijff
Sigarenmagazijn W. Doorschodt
Netherlands
1 card
Frank Tota has provided photos of this large card that has been stamped on the reverse with the name and address of a shop owned by Wim Doorschodt Jr. I don't know whether this card was produced by them or whether they used cards that were already in circulation. This is what I have been able to discover:
Wim Doorschodt Sr. was heavily involved with the International Youth Tournaments run by ADO Den Haag in the 1960's. In 1964 Johan Cruijff played in the tournament with Ajax, winning the final 3-0 against Dynamo Zagreb. Players didn't stay in hotels, but were billited with local residents and Cruijff stayed with Mr. and Mrs. Wim Doorschodt and became close friends with them and their son Wim Jr.
On 22 July, 1967, Johan Cruijff opened a new cigar shop owned by Wim Doorschodt Jr. located on Hobbemastraat in Den Haag (The Hague); next to Wim Jr. are Mrs. Doorschodt and behind her, Wim Doorschodt Sr. (with glasses).
Posted by Alan Jenkins at 09:30:00