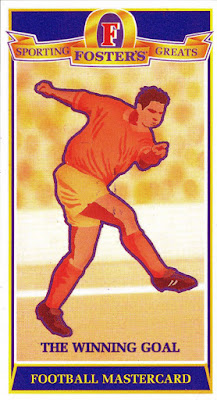 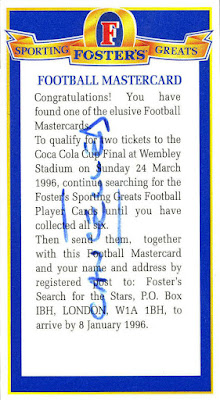 As part of competitions to win pairs of tickets for sporting events Fosters also issued special Mastercards for each of the five sports covered in the set - football, cricket, golf, rugby and tennis. Here's the Football Mastercard, collecting this card and the six football card entitles the lucky participant to two tickets for the Coca Cola Cup Final at Wembley Stadium on 24 March, 1996. The word 'cancelled' is written across the back of the card, probably indicating that it has been used in the competition.