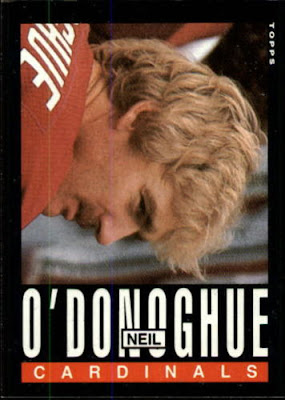 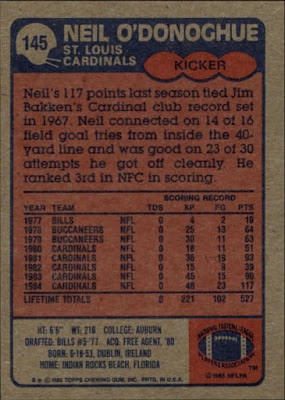 Here's the final card. There are no Neil O'Donoghue cards in the 1983 and 1984 collections and this one is his last NFL card. O'Donoghue moved back to Ireland and played for Shelbourne in the League of Ireland.