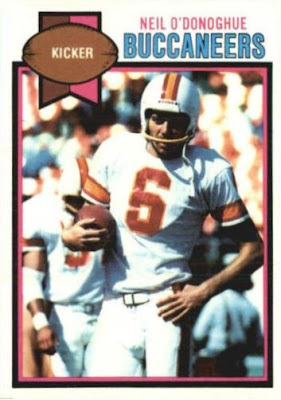 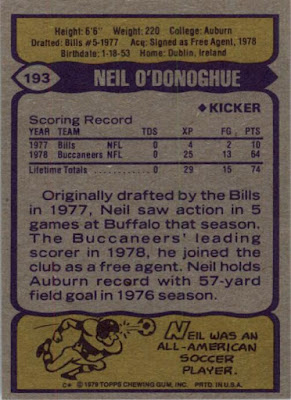 This card of Neil O'Donoghue is deemed to be his rookie card. He played in the League of Ireland for Shamrock Rovers, making his debut as a substitute against Sligo Rovers on 17 October, 1971 and scored his first goal in his next game against Limerick. He went to America on a soccer scholarship and while at Auburn University became the starting placekicker for Auburn Tigers. He was drafted to the Buffalo Bills in 1977 and in 1978 he moved to Tampa Bay Buccaneers.