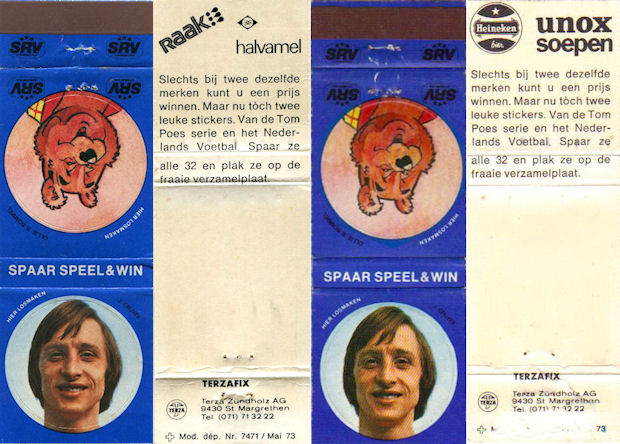 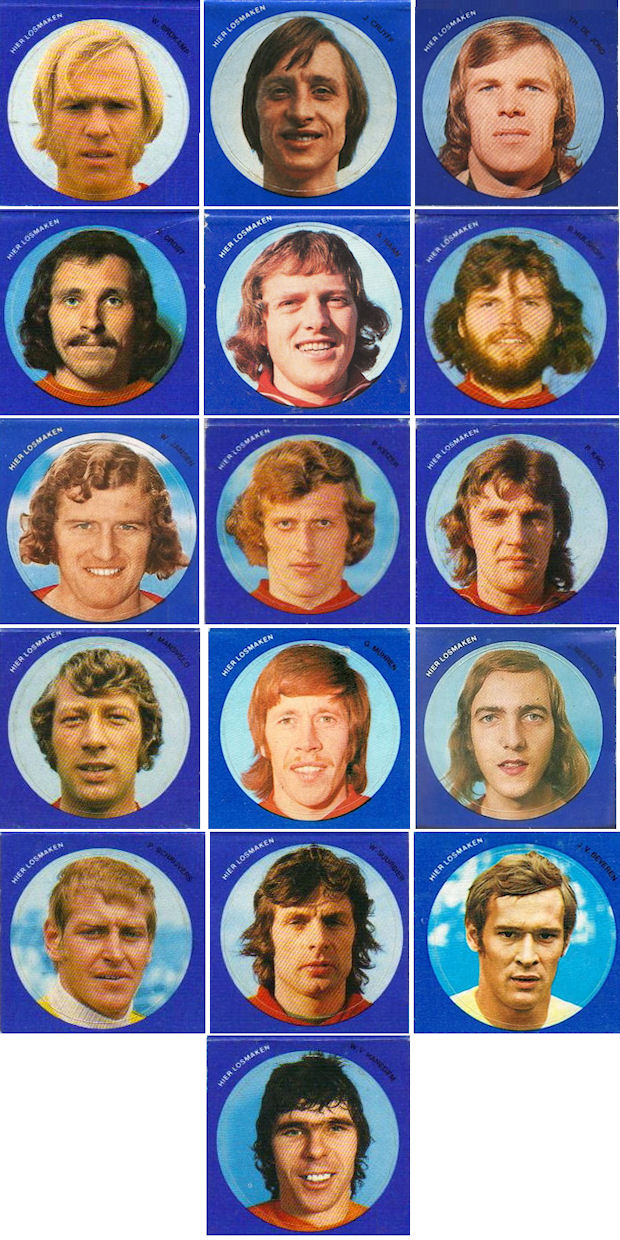 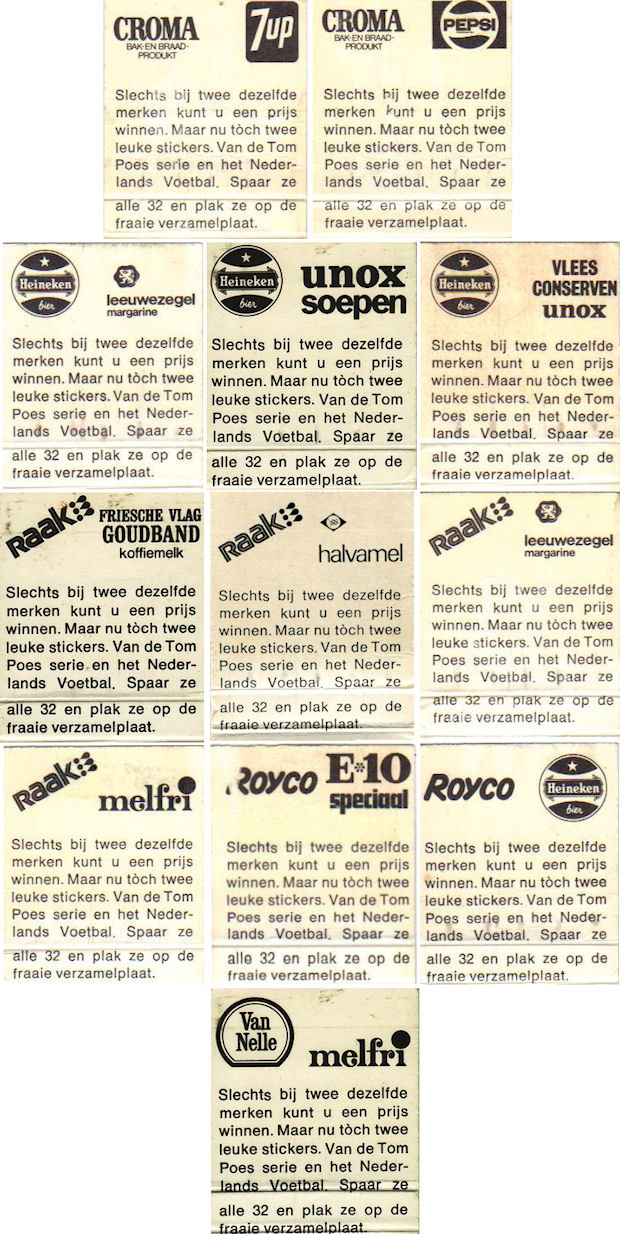 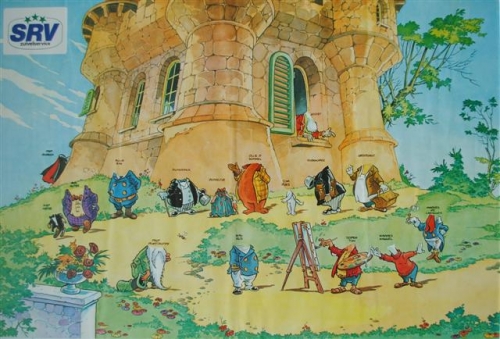 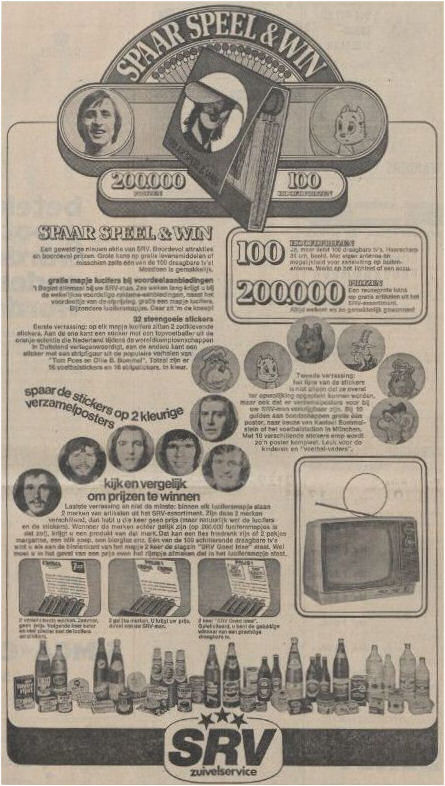 Gregory Graetz sent me scans of a matchbook that includes stickers of Johan Cruyff and a cartoon character. He asked if I knew anything about it but I'd never seen this before so I started doing some research, but went down the wrong path. I was looking for Terzafix but I should have been searching for SRV, I think Terzafix were the company that attached the matches to the matchbooks. The inside of the matchbook cover mentions collecting all 32 stickers which, I presume, means 16 cartoon characters and 16 footballers. I've found out that the cartoon characters are from a comic strip called Tom Poes (Tom Puss in English) and a poster was available to collect them on as shown above. I presume a similar poster was available to collect the Dutch footballers, though I haven't been able to track one down.
What might makes these matchbooks even more collectable is the fact that there are a couple of product names like Pepsi and Heineken printed on the reverse of the cover that includes the footballers. I've found a number of different ones, with some players have at least three different backs and it's possible that all players can be found with all the different backs. All the different ones I've come across are listed after the players and shown here too.