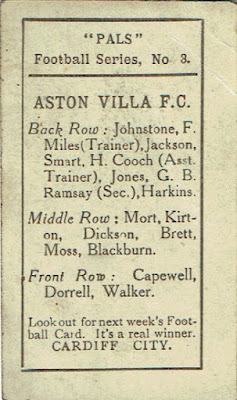 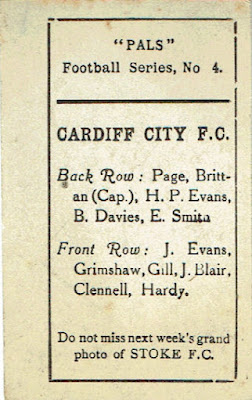 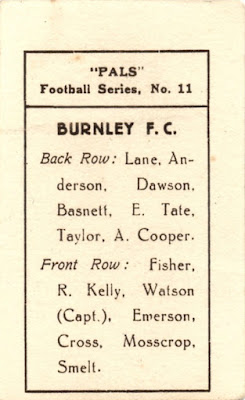 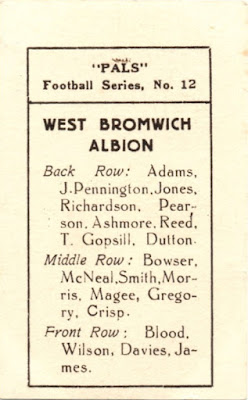 Roger Pashby has just completed this small set of team photos and was surprised to find that the last two cards (Burnley and West Bromwich Albion) look as if they come from another series. Parts of the backs of the cards are printed in a completely different typeface to the other ten cards in the set. Roger has sent scans of the two cards and I've included scans of two cards from my own collection.
The illustrated checklist can be found here Pals - PAL-260 / PAL-2 Football Series.