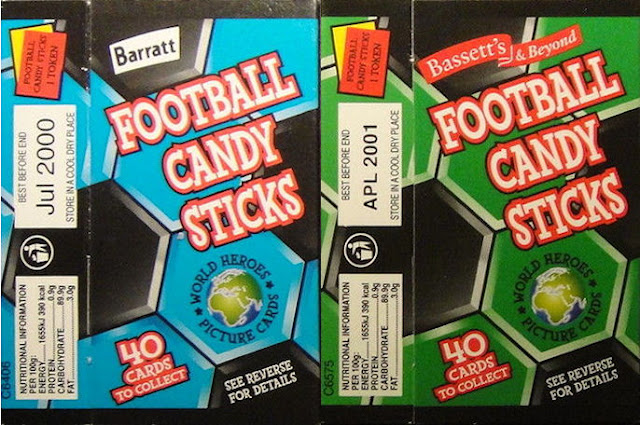 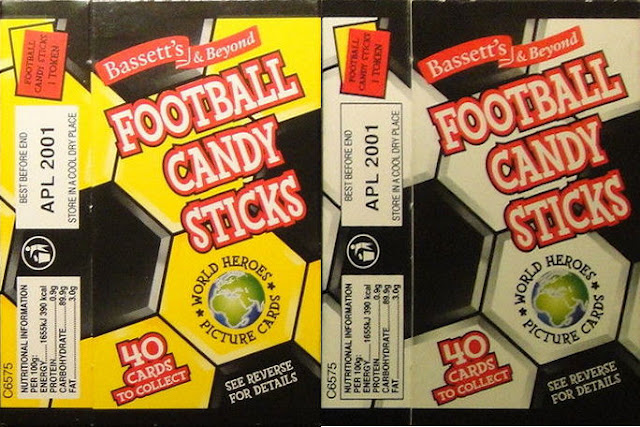 Four different packets for this collection. I'm no expert but I think there may be eight in total. The blue packet is identified as Barratt and the other three are Bassett. I think there will probably be a blue Bassett packet and the other three should be found with Barratt on the front. The dates printed on the sides of the packets are probably important and show the Barratt version was available first and later replaced with the Bassett logo. A full checklist can be found here - Bassett & Co. - World Heroes.