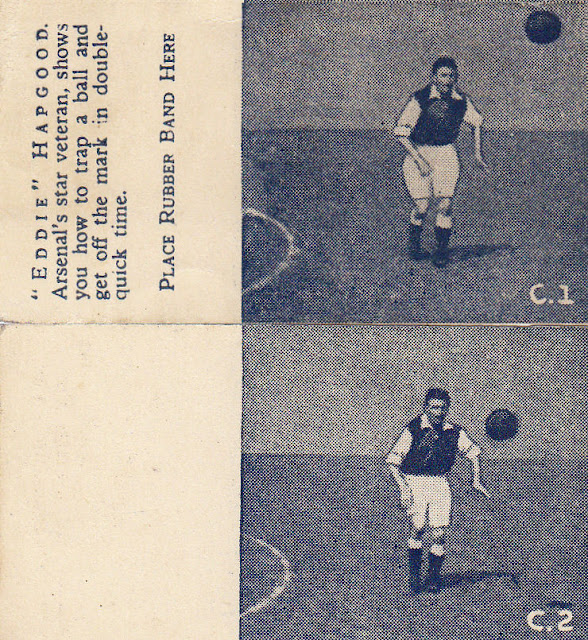 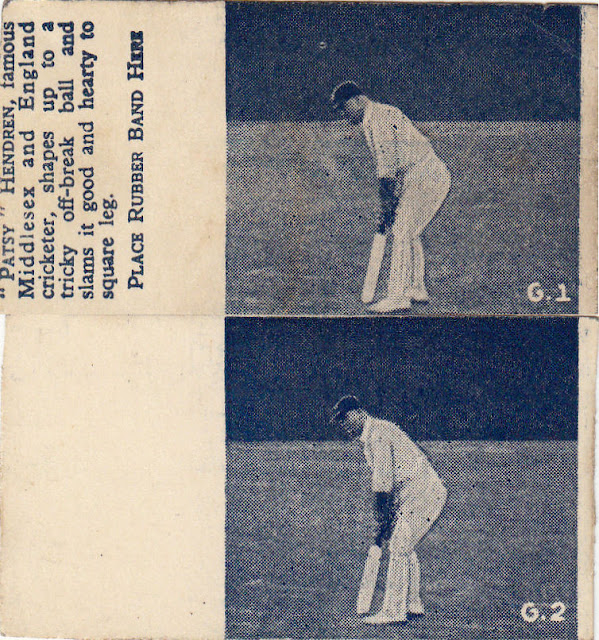 Allan has asked whether I know anything about these cards. I don't know much. There seem to be four different sets in total but I have no idea who issued them. The twenty cards, when sorted in the correct order, were intended to be tied together with a rubber band and then you flicked them to see the image moving. Turning the pack over would show another sportsman. I would be glad to hear from anyone who can provide further information.
UPDATE (20-05-2022 14:59):  Trevor has discovered that these Flicker cards were given away with The Pilot comic in 1936 and has provided some issue dates.
Amalgamated Press / The Pilot - 7 November, 1936