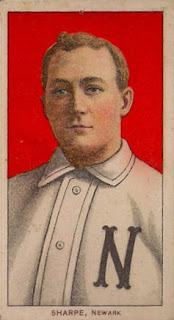 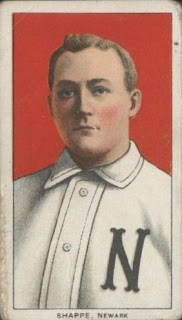 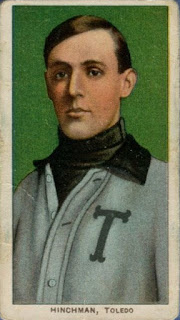 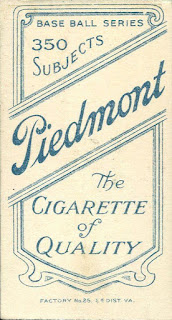 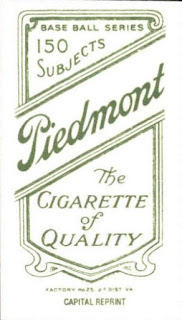 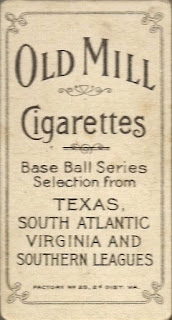 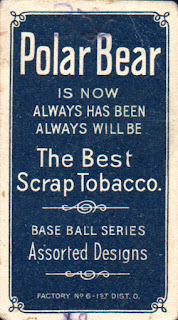 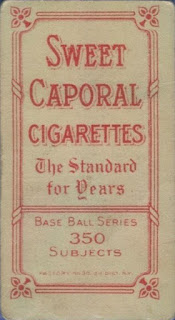 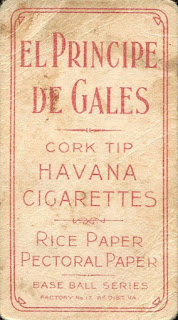 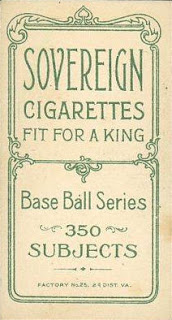 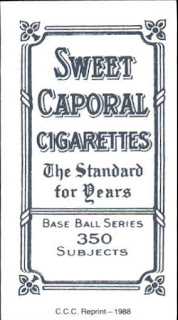 I've been sent a scan of this card which probably features the first footballer (soccer player) to appear on an American cigarette card. 'Bud' Sharpe player for West Chester Soccer Club (see the cutting from the 8 October, 1908 issue of Sporting Life), but he was more famous as a baseball players and it's in this guise that appears on a number of American cigarette cards.
This card is from the T206 series, probably the most famous set of baseball cigarette cards as it's one that includes Honus Wagner card that has attarct huge sums whenever it has come up for auction. The last time it was sold it went for $2,100,000. Another copy was sold for $262,000 in 2010.
On doing a little research on this player it seems that the player featured on the Sharp card is actually Harry Hinchman (Toledo), and you have to find the Harry Hinchman card to see the features of Bud Sharpe. On top of that there is also a mis-print where his name appears as 'Shappe' in stead. The T206 collection also has it's own website (www.t206.org) and on there it states that there are as many as 41 different backs across the whole set.