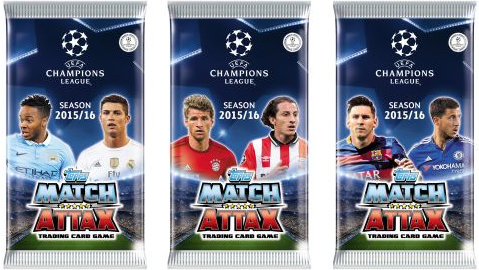 Here's a picture showing examples of some of the cards. A breakdown of the cards in this collection was provided back in August - Topps - UEFA Champions League Match Attax 2015/16 (02). It seems that this version of Match Attax will get an official release in the United States.