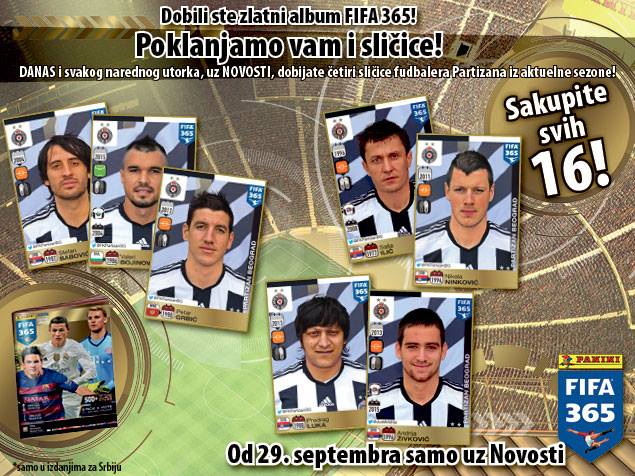 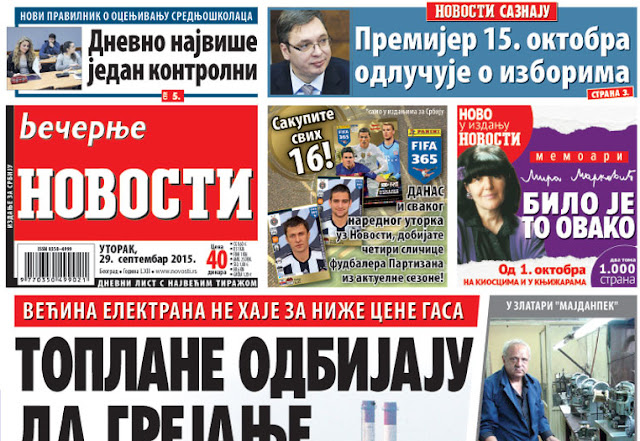 Today, Tuesday, 29 September, the Serbian news paper Новости (Novosti) includes a sheet of four FIFA 365 stickers of Partizan Beograd. I've included part of the front page of today's issue along with another graphic showing some of the stickers. Three more sheets of four stickers will be issued over the next three Tuesdays. I've included details of some of the stickers below. More information about the whole collection can be found here - Panini - FIFA 365 2016 ~ The Golden World of Football (05).