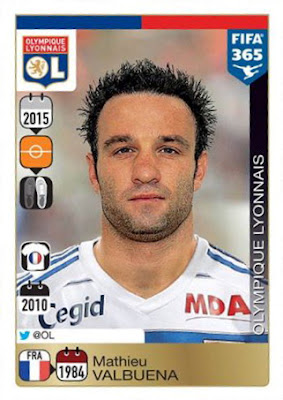 Mathieu Valbuena was 31 yesterday and Panini released this image which seems to confirm that at least one extra team will be issued when the Panini 365 sticker collection is released in France. More information about the whole collection can be found here - Panini - FIFA 365 2016 ~ The Golden World of Football (05).