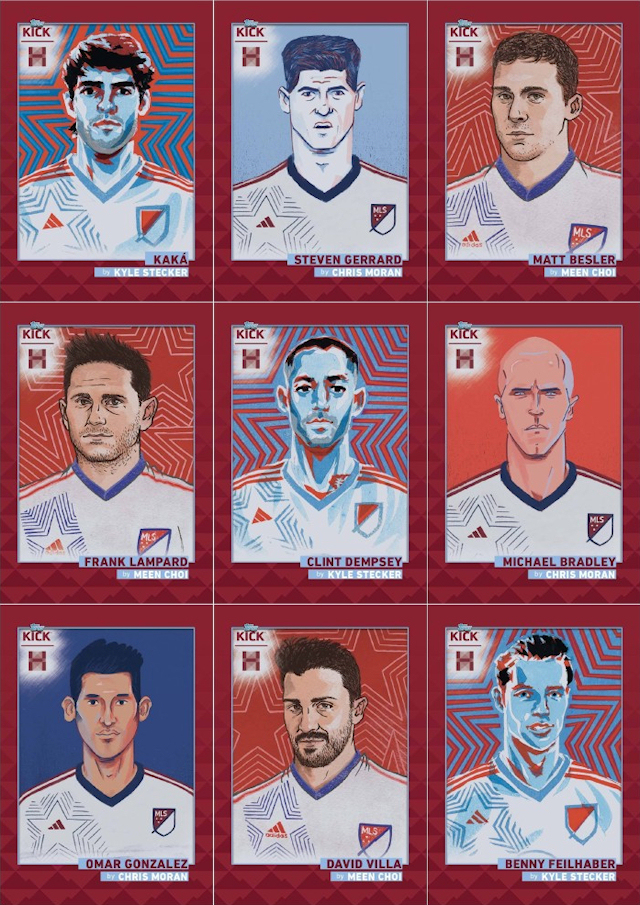 The 2015 MLS All-Star game took place at  Dick's Sporting Goods Park in Denver on July 29, when the MLS All-Stars entertained Tottenham Hotspur for the league’s annual showpiece event. The MLS side won the game 2-1 with goals from Kaká and David Villa. To celebrate, Howler magazine teamed up with Topps for a special series of MLS All-Star digital trading cards featuring original artwork by illustrators Meen Choi, Chris Moran, and Kyle Stecker.
To grab your set, download the Topps KICK app on iTunes or Google Play right now.
The magazine also alerted fans that if they were in town for the game to look out for Howler magazine's presence in downtown Denver, where it would be possible to win real physical versions of the cards. I've listed the players by their squad number, though three of the players were injured and were not allocated numbers.

Email ThisBlogThis!Share to TwitterShare to FacebookShare to Pinterest
Labels: Topps