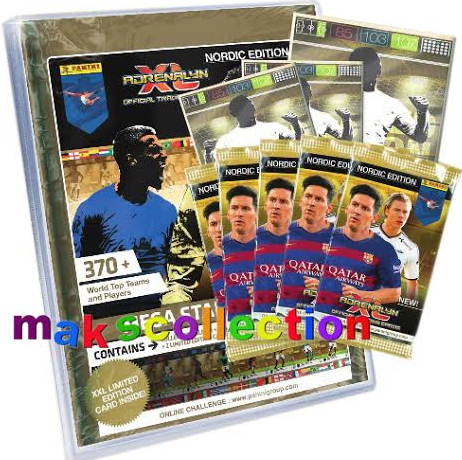 Elżbieta Schultz at makscollection has sent in another picture relating to this collection.
It was slated for release late August/early September, but it's not going to be released until the end of September.
Again, more news as and when it becomes available.
The original post is here - Panini - Adrenalyn XL Top Teams Collection (2015) (01)