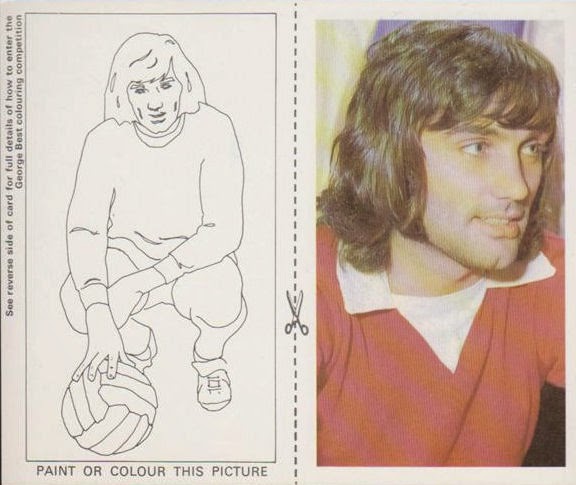 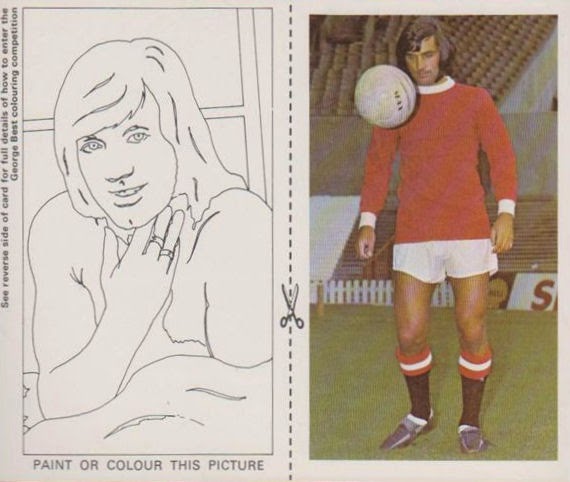 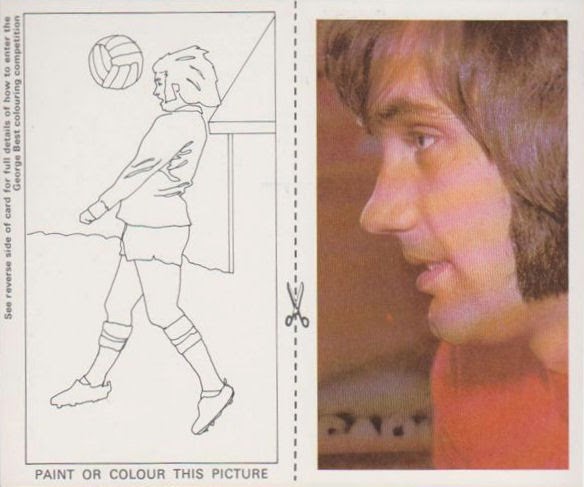 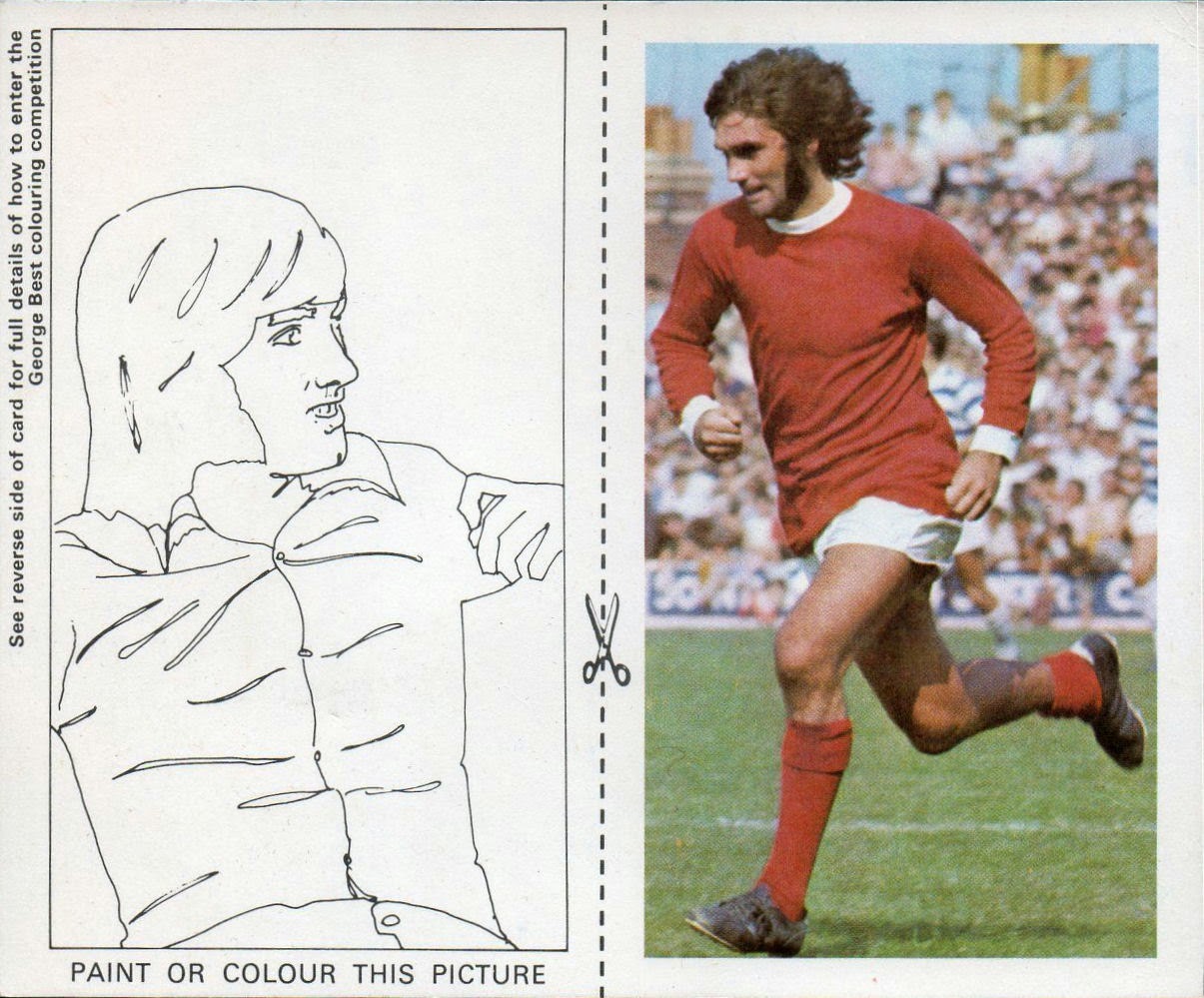 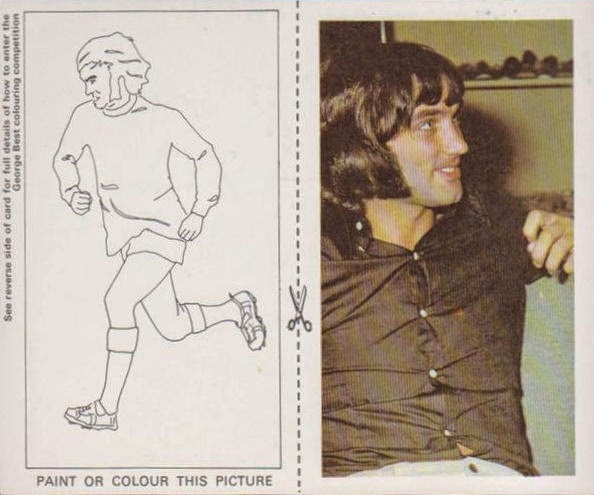 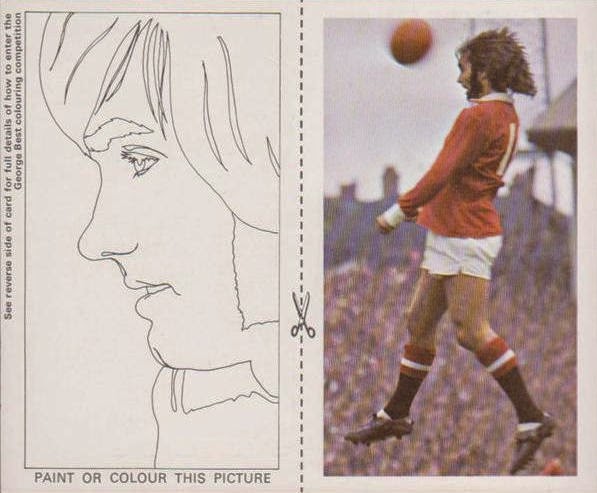 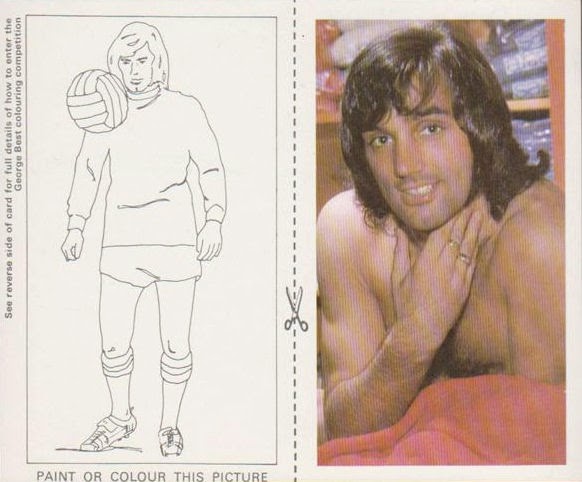 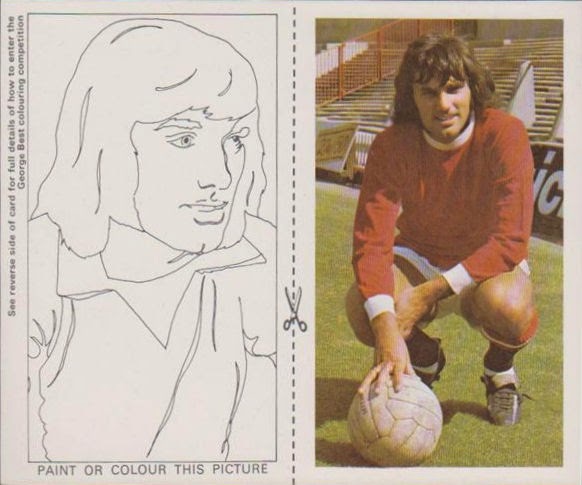 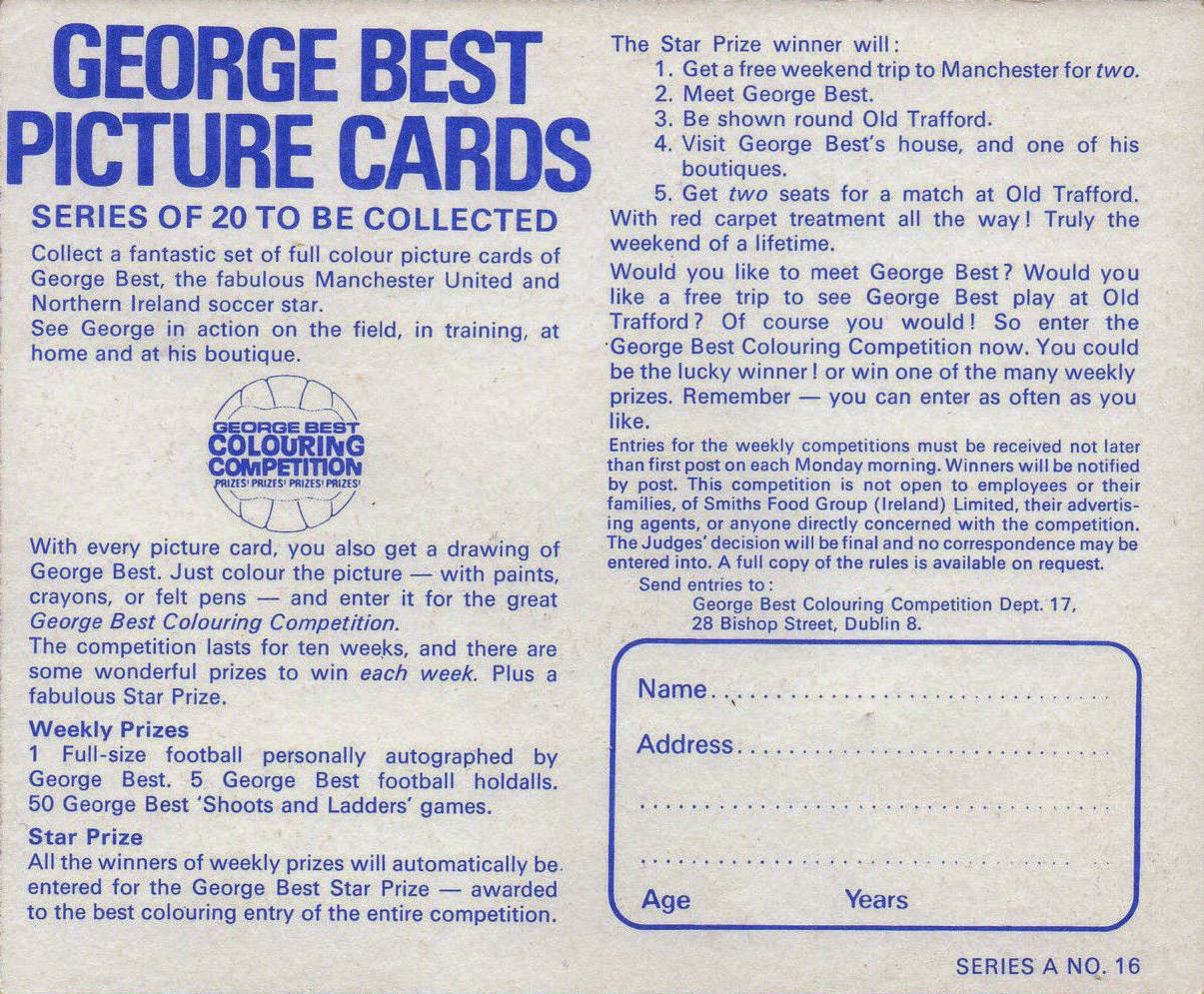 Following on from yesterdays article about the George Best Colouring Competition cards, I've had an e-mail from Paul Maguire with scans of 8 further cards. At some point it seems this series expanded from a set of 12 cards to set of 20! The reverse of the first 12 cards are printed in black and refer to a set of 12, the reverse of the extra cards are printed in blue and refers to a set of 20 cards. Also, the picture and the drawing has changed places with these extra cards. I also noticed that the first batch didn't include an address to send your competition entries to, but these later ones do. The previous 12 cards can be found here - Smiths Crisps - George Best Colouring Competition.